March 28 2016
4
Although American troops were used very often since 1776, the US declared the state of war only 11 times as a sovereign state, starting with the first declaration of war on Great Britain in 1812 and ending with the acts of the Second World War era. The constitution provides the Congress with the exclusive right to declare war, and since then it has allowed the use of military force, as well as formulating military policy through the allocation of funds and the exercise of oversight. Below are images of each of the declarations of war declaration adopted by Congress. All documents are available on the US Senate National Archives website. 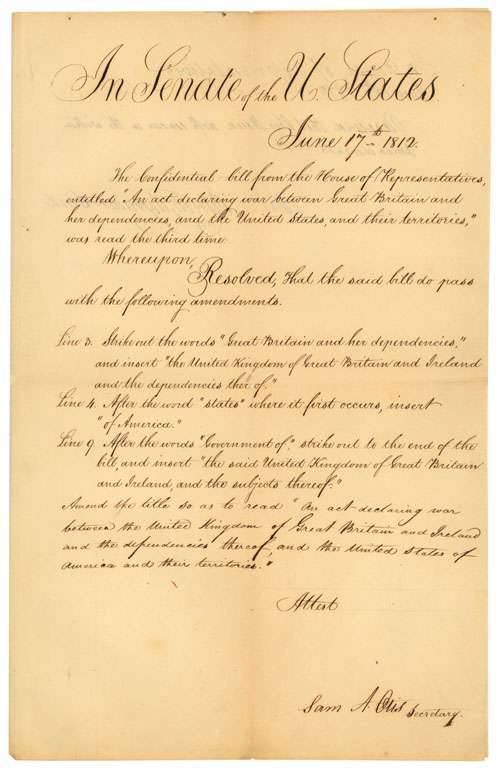 Not to be confused with the American War of Independence. The 1812 war of the year, as it is called in the USA, is little known here in Russia, but for the Americans and the British it is an exceptionally important event. The results of the war turned out to be quite contradictory. Americans have not been able to capture Canada, but failed to defend the independence again. The British burned the White House in Washington and staged a deaf naval blockade to the States, but they failed to achieve complete victory. 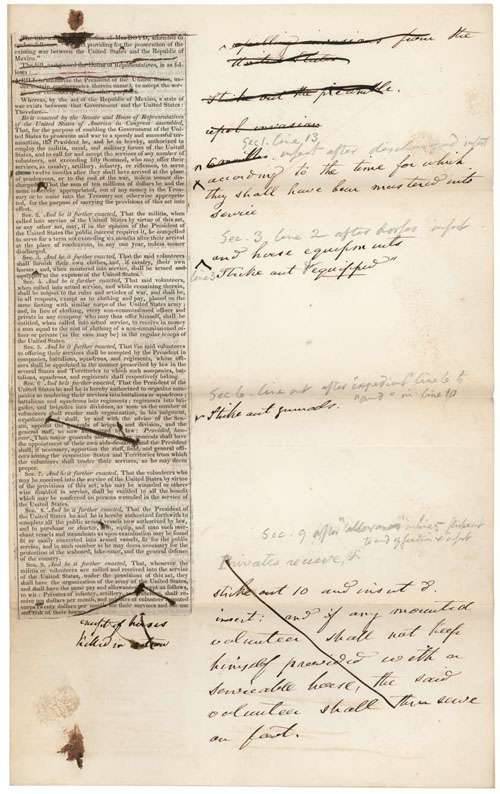 A border dispute between the United States and Mexico led to an armed conflict where 16 American soldiers were killed. President Polk demanded a declaration of war, falsely claiming that "Mexico crossed the border of the United States, invaded our territory and shed American blood on American soil." 12 May 1846, the Congress agreed to declare war on Mexico. The war lasted a year and a half. American troops occupied New Mexico and both California, parts of northern Mexico. Texas was rejected earlier. 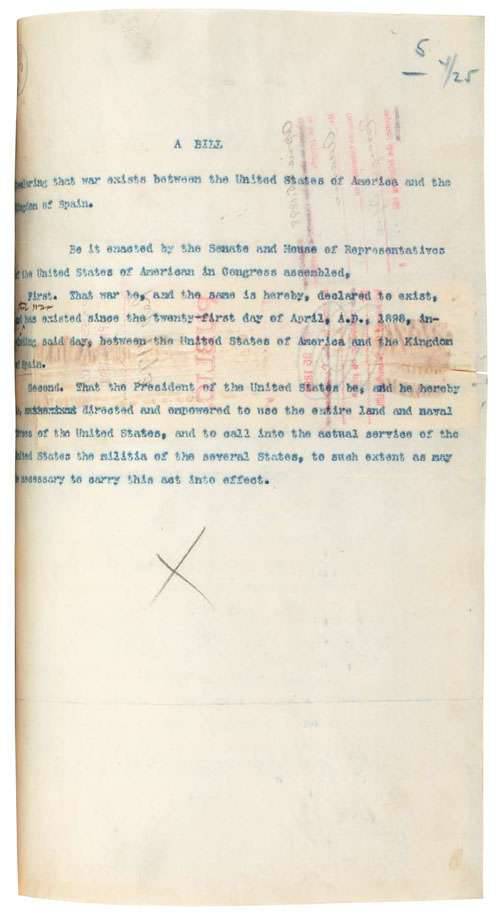 During the uprising against Spanish rule in Cuba, President McKinley sent the cruiser "Maine" to Havana after riots began to threaten American citizens. 15 February 1898, a powerful explosion occurred on the ship that killed 288 American sailors. This event led public opinion toward war, although the cause of the explosion was never determined. 25 April 1898, the Congress approved a resolution declaring war on Spain. The ten-week conflict ended with an American victory. In 1898, the Treaty of Paris established the American occupation of Cuba, as well as indefinite colonial power over Puerto Rico, Guam and the Philippines, which precipitated the collapse of the Spanish empire. 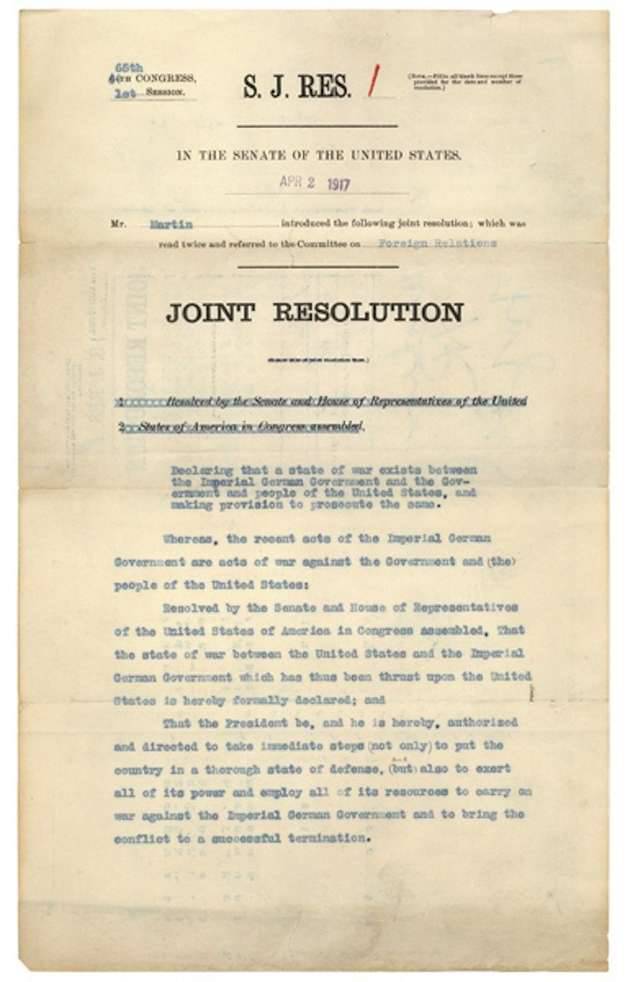 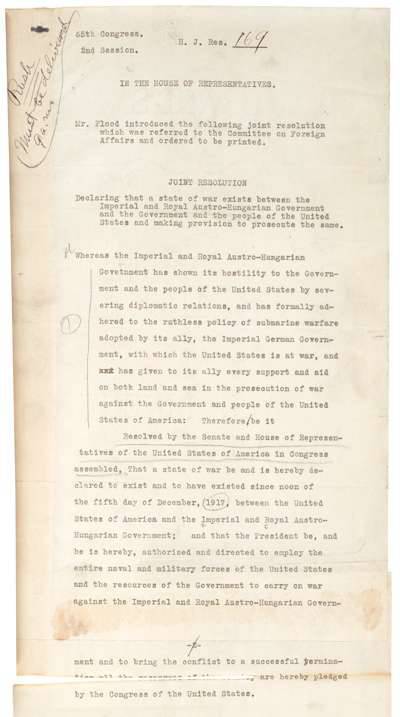 In 1914, World War I began between Germany and Austria-Hungary on the one hand, and Great Britain, France and the Russian Empire on the other. America did not formally intervene in this war for the first three years, although it was inclined to help Britain. But in 1917, thanks to British intelligence, Americans learned about the German plan to finance the Mexican military invasion of the States, to help regain control of the territories of Texas, New Mexico and Arizona. 6 on April 1917 of the year Congress approved a resolution declaring war on Germany, from 7 on December 1917 of the year - Austria-Hungary.

After the collapse of the German front in 1918, a truce was signed. The Versailles Treaty of 1919 of the year formally ended the state of war between the Western allies and Germany. It is noteworthy that the Ottoman Empire of the United States did not declare war and did not conclude peace with it later.

Declaration of War on Japan (December 8 1941 of the Year) 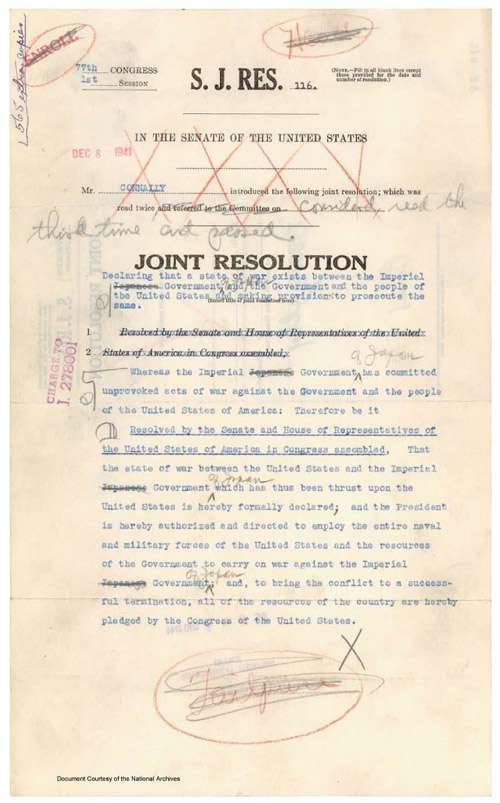 Declaration of War of Germany (December 11 1941 of the year) 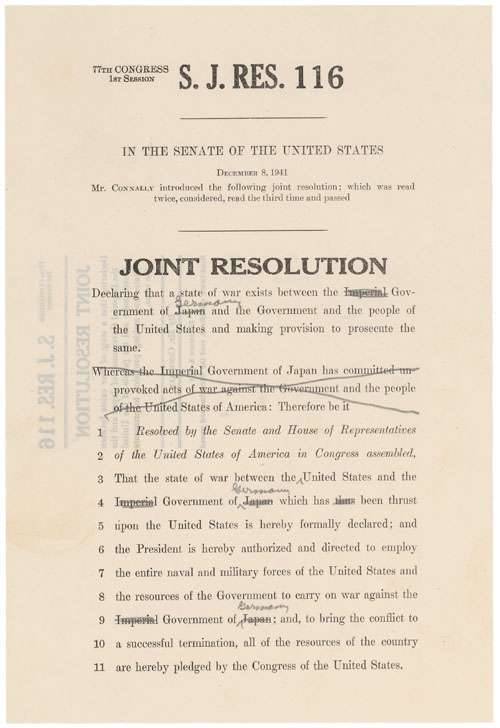 It is curious that initially the document was written about the Japanese Empire, but later corrections were made with a pencil. On the whole, remarkably large number of errors and corrections in such important documents. 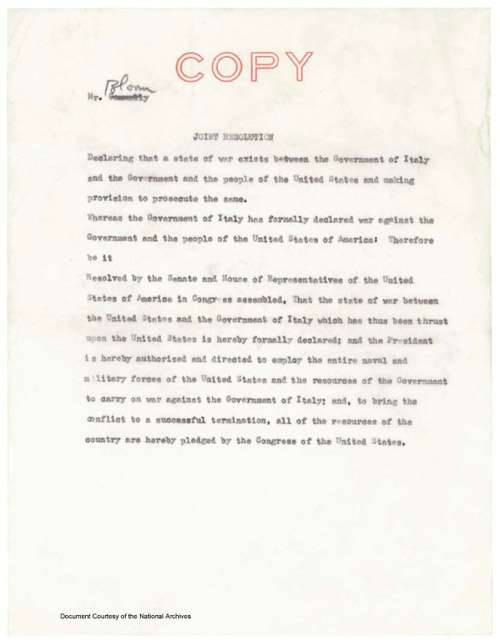 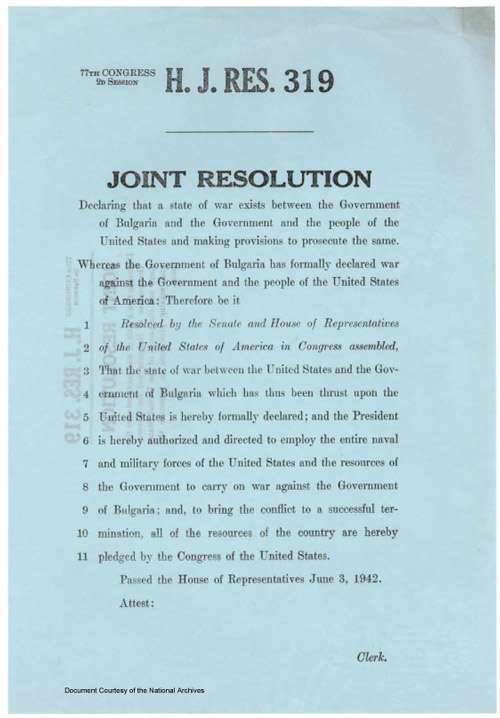 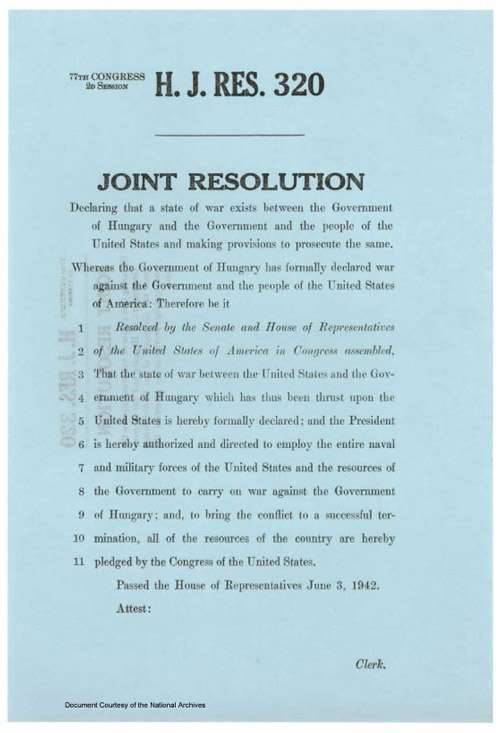 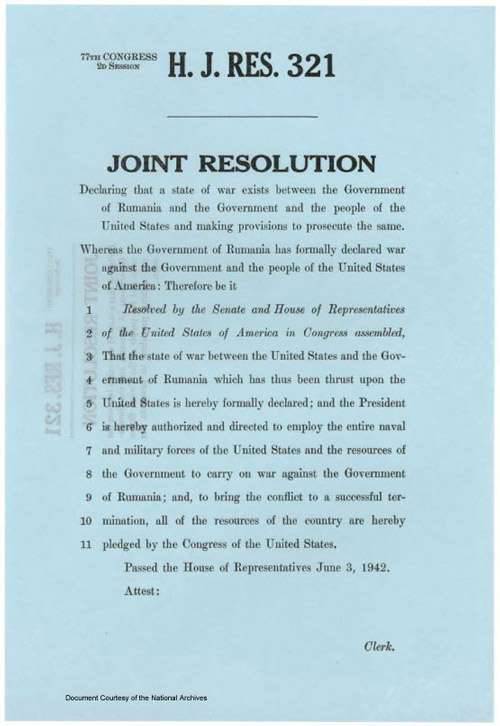 Between 8 and 11 December 1941, the Congress declared war on Japan, Germany and Italy, and 4 on June 1942 approved military resolutions against other Axis countries - Bulgaria, Hungary and Romania. After five years of hostilities, all the Axis powers capitulated.

After World War II, the US Congress did not officially declare war on any country, but it voted 23 times, allowing “limited military actions”, including in Vietnam, Iraq, and Afghanistan. Many of these polls came post factum.

Ctrl Enter
Noticed oshЫbku Highlight text and press. Ctrl + Enter
We are
Diplomats of the People's Commissariat of Defense: on the eve and during the warTragedy under suomussalmi
Military Reviewin Yandex News
Military Reviewin Google News
4 comments
Information
Dear reader, to leave comments on the publication, you must sign in.