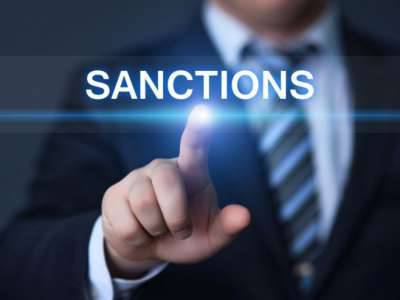 According to the ex-presidential aide R. Reagan, senior researcher at the Cato Institute and publicist Doug Bendow, the next anniversary of the annexation of Crimea to Russia could be an appropriate time for the lifting of sanctions against Russia. Bandow is not a benefactor of Russia. He thinks pragmatically: he recalls that these sanctions cost the Western states dearly, but they didn’t give much effect.


Doug bandow (Doug Bandow) - Senior Researcher at the Cato Institute, specializing in foreign policy and civil liberties, author of books on economics and politics. He worked as special assistant to President Reagan, was the editor of the political magazine "Inquiry". Now regularly published in Fortune, Forbes, The National Interest, The Wall Street Journal and others.

As pointed out by Bandow, who has acted as a political observer in an influential journal "Forbes"It has been two years since Russia annexed the Crimea. Western allies infringe upon Russia with sanctions, but their effect is small.

Yes, the Russian economy has suffered, but Vladimir Putin remains popular in the country. And no one in Russia believes that the Crimea should be returned to Ukraine, this is out of the question.

But what does the West do?

Last week, the European Union called on other countries to join their “ineffective boycott,” the author writes with irony. The Council of Europe, one of several EU governing bodies, argues that the “non-recognition policy” should be continued and “restrictive measures” should be applied. The Council appeals to the UN member states, urging them to consider the possibility of taking "similar measures."

Although the main Asian allies of the United States have joined with the sanctions against Moscow, many countries, including China, India and Brazil, treat the restrictive measures against Russia negatively. The overwhelming majority of developing countries "are not going to declare an economic war to a distant country that did nothing wrong to them."

Washington, of course, remains one of the most "ardent supporters" of sanctions. But Europe is divided on this issue. Many Europeans recognized that the actions of Russia in Ukraine do not concern them, and see no reason to "punish themselves" in the midst of economically difficult times.

Meanwhile, the armed conflict in the east of Ukraine began to decline, and Kiev found itself in a dead end of a political crisis.

All this means that the Europeans "spent a lot, but did not achieve anything." The United States and the EU only “reinforce the failed policy”.

Doug Bandow suggests that Western states, instead of continuing the sanctions, "reconsider their policy towards Russia." Vladimir Putin is hardly a “good guy,” and the concept of “democracy” in Russia may well be an oxymoron, he writes with irony, but what does it have to do with it? Did "lack of civil and political rights" once stop Washington? Remember: the White House supported Egypt, helped Pakistan, collaborated with Saudi Arabia. Europeans do exactly the same thing, act "pragmatically."

From the point of view of geopolitics, Ukraine is of much greater importance for Moscow, and not at all for Europe or America, and this is a real fact, not a “moral judgment”. “Russia will always spend and risk more,” the analyst notes, “to protect the interests of her security in the neighborhood ...” In addition, the West challenged Moscow: encouraged the “color revolution” in Kiev, promised to include Ukraine into NATO, supported street protests against democratically President-elect Yanukovych.

Of course, this does not justify Russia's actions to “dismember its neighbor,” but Putin did “act predictably and rationally.” He is not at all "neither Hitler nor Stalin reincarnated."

In addition, Putin has never demonstrated a desire to "devour non-Russian peoples." This explains why he "did not go to the rest of Ukraine," as "some panic -orists predicted." He prefers to see Kiev "independent, albeit weak and harmless." Kiev as a part of Russia does not need him. "Violent annexation" he also does not need. Moscow is not going to invade the Baltic States, which is already “harmless” now, not to mention Poland, and especially the leading European countries.

US allies should understand this and negotiate the lifting of sanctions, looking for a way out of the situation in which they are "stuck."

Kiev, it should be recognized, the observer believes, that it will never be part of the Western bloc, despite the fact that Ukraine will be an independent country, freely deciding its fate.

The political model for Ukraine could be Finland, which held a special position during the Cold War. The so-called “Finlandization” did not show the best result, the analyst believes, but in those conditions it was the best that could be expected.

The United States and Europe should not reach complete hostility with Russia. Crimea will not return. What more results does the West expect from sanctions? Just moral pressure?

We must not crush the sanctions, and cooperate. Many important issues in the world require resolution. There are North Korea, Iran, Syria, China and Afghanistan, where the West will benefit from cooperation with Russia. Two years of economic pressure on Russia is enough to make sure that there is no desired result.

The author hopes that "in some European countries" they begin to realize that the time has come to "make a deal with Moscow and move on."

It remains only for Brussels and Washington to come to the "same conclusion."

The other day, Mr. Medvedev, we will add on our own, explained to sanctioning Europe that the Russian people are “patient”. And he said that Moscow is ready to cooperate with the Europeans, if they weaken the sanctions.

At a meeting with the head of the Russian Direct Investment Fund (RDIF), Kirill Dmitriev, Prime Minister Dmitry Medvedev said: “... We are people in this sense, patient. If they make the necessary decisions, then naturally, we are ready to expand the entire spectrum of cooperation, including in those areas that you mentioned (investments in the Russian economy) using the institute of your foundation, and in other areas too. ”

On the other hand, it is doubtful that Europe would lift the sanctions or even go for their mitigation.

Recall that recently, 10 in March, the Council of Europe extended the “black list” for half a year, which contains individuals and legal entities from Russia and the self-proclaimed DNR and LC. The decision to extend the sanctions connected with the "continuing undermining or threat to the territorial integrity, sovereignty and independence of Ukraine."

We will "endure" further.

Observed and commented on Oleg Chuvakin
- especially for topwar.ru
Ctrl Enter
Noticed oshЫbku Highlight text and press. Ctrl + Enter
We are
Western politicians want to recognize the Crimea and demand the lifting of sanctionsGeopolitical mosaic: States strengthen the dollar with gold so that it can withstand the ruble, and robots work in the Forbes magazine
Military Reviewin Yandex News
Military Reviewin Google News
128 comments
Information
Dear reader, to leave comments on the publication, you must sign in.