Oh sport, you are the world ... Poroshenko secretly awarded Ukrainian football players with a firearm

A special trick of the situation is connected with the fact that the "arming" of football players and the coach of the Ukrainian national football team, as well as the FFU president, took place back in November. However, the presidential decree all this time remained virtually secret. Only journalistic activity led to the fact that the information about Poroshenko's delivery of weapons to football players as gifts became public. 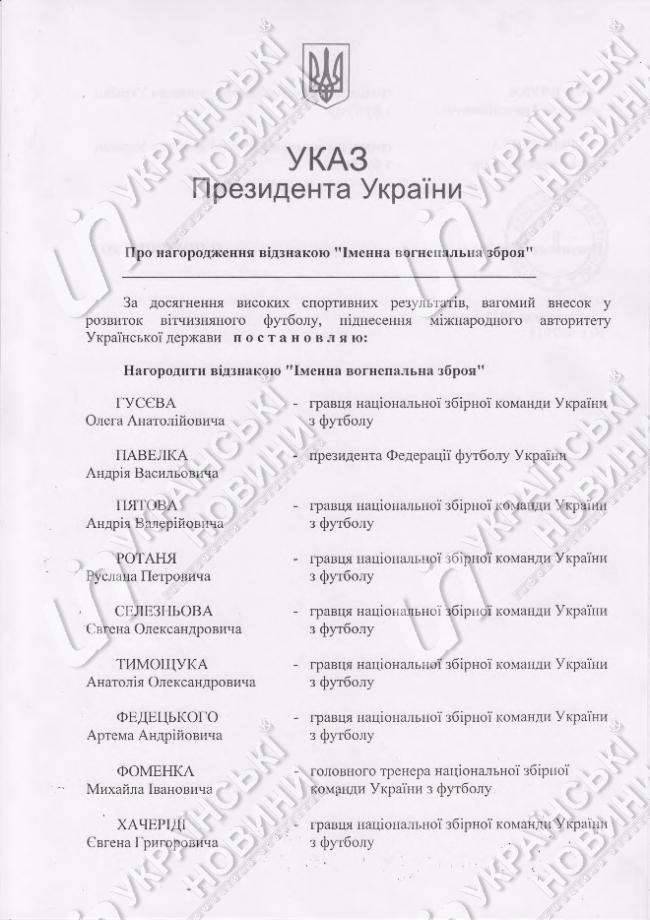 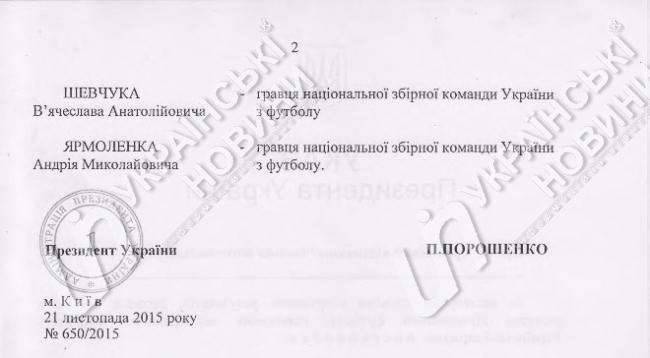 Information about the types and names of firearms is not available, as well as the corresponding decree on the portal of the President of Ukraine.

This is probably the first time stories world football, when team players for sporting success are awarded weapons. In connection with the act of the President of Ukraine, even the slogan “Oh sport, you are the world!” Begins to look somewhat doubtful.

Ctrl Enter
Noticed oshЫbku Highlight text and press. Ctrl + Enter
We are
Reports from the militia of New Russia for 27-28 September 2014 of the year
Military Reviewin Yandex News
Military Reviewin Google News
66 comments
Information
Dear reader, to leave comments on the publication, you must sign in.