Breedlove in Tbilisi: US assistance to Georgia is aimed at strengthening its defense capability

March 24 2016
61
While on a two-day visit to Tbilisi, the commander-in-chief of the NATO forces, Philip Breedlove, said that the American program of assistance to Georgia is focused on strengthening its defense capability, reports RIA News. 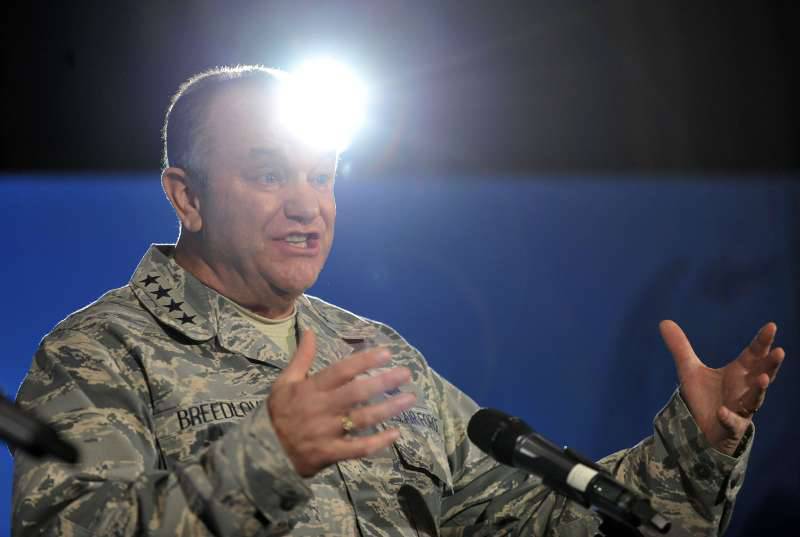 During the visit, President Georgy Margvelashvili awarded the American General with the Order of the Golden Fleece for "an important contribution to the Euro-Atlantic integration of Georgia and to the deepening of bilateral relations between Georgia and the United States in the field of defense."

Breedlove told reporters:
“The US military assistance program is focused on strengthening Georgia’s defense capability and on deepening Georgia’s compatibility with NATO and the US. Our goal is to ensure that Georgia is as prepared as possible for the day when NATO makes a decision. I repeat that the United States supports the aspiration of Georgia to integrate into the North Atlantic alliance. ”

“In May 2016, the Worthy Partner exercise will be held for three weeks and will be attended by soldiers from Georgia, the United States and the United Kingdom, where they will be trained in accordance with the NATO response forces. The exercises will be larger and better than last year’s, ”said Breedlove.

Ctrl Enter
Noticed oshЫbku Highlight text and press. Ctrl + Enter
We are
The Day of the troops of radiobiological and chemical protection is dedicated to
Military Reviewin Yandex News
Military Reviewin Google News
61 comment
Information
Dear reader, to leave comments on the publication, you must sign in.