Submarine cruiser "Surcouf" - a symbol of the naval power of France 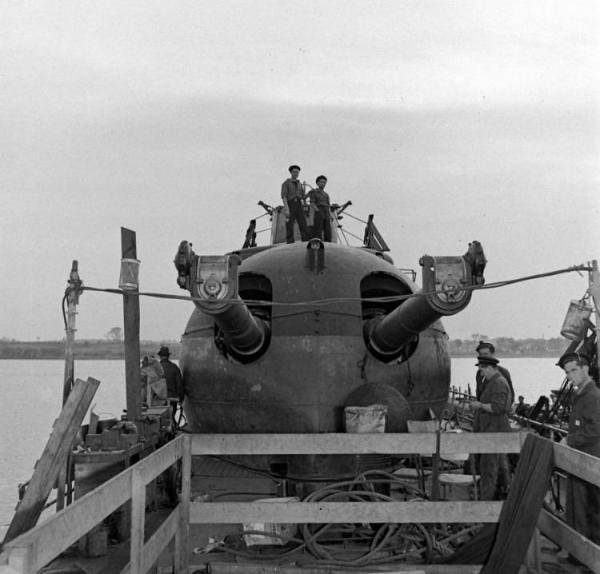 History the submarine has its roots in the man in whose honor she was named - Robert Surfuf. The French privateer and pirate at one time received the nickname "Thunderstorm", because he was an elusive pirate for English fleet and was able to steal about 15 British ships in 90 days.
And so the submarine, named after the legendary Frenchman, was also an unexpected decision with maximum capabilities for naval use.

In the 1922 year, according to the contract on limiting the size and displacement of surface ships, many maritime states saw a breach in the contract - there were no indicated submarines. The era of construction of submarine cruisers with great potential began.

France begins building submarine cruisers from 1927. Laid three submarines. However, the French managed to finish building only one of them, as the Treaty of London enters into force, according to which submarines limit caliber - the main weapon should not have a caliber larger than 155 mm.

By the way, this submarine in the contract was included in the exceptions, but the construction of the rest was completely stopped. It was this submarine that received the name of the legendary Frenchman - Surcouf. It was not for nothing that the Treaty of London introduced the Surkuf submarine into exceptions - the armament of the boat was made up of two 203x50 mm caliber guns. At that time, torpedoes are expensive and new. weapon. The accuracy and striking distance of torpedoes are very small in terms of the use of torpedoes as the main weapon of submarines. By the year 1923 in France, a certain opinion is formed among specialists in the field of submarine construction, that artillery guns, which are in submarine service, cannot be effective in defeating enemy ships. Artillery gun caliber 203 mm was justified primarily by the possibility of hitting any enemy transports. 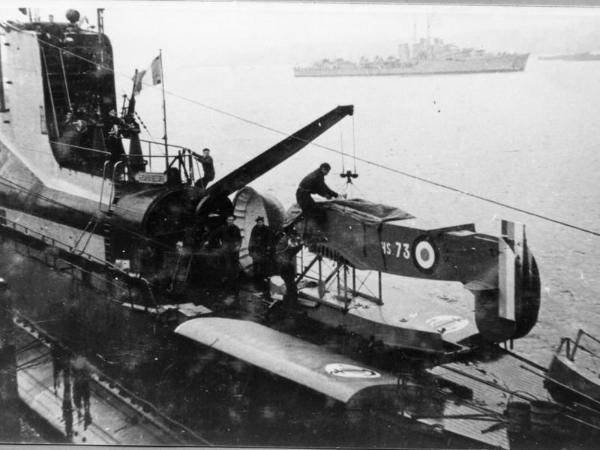 The submarine "Surkuf" comes into service with the French Navy in 1932 year. But what turned out to be good on the drawings and when viewed with the naked eye turned out to be completely different. With incomplete ascent, shooting turned out to be almost impossible, the sealing of the gun turret was broken. Repairing a giant submarine turned out to be very difficult. During the construction of the submarine, a non-standard approach to fastening parts and blocks was used, many of the connections were unscrewed either in the opposite direction, either with a special key or even using non-standard unscrewing.

The seaplane Besson MB.35, which entered service with the boat, could no longer cope with the required tasks, it was changed to a seaplane Besson MB.410.01, which was executed as an artillery spotter. The new plane was going very quickly, pulled out of a special 2 hangar on 7 meters, located behind the main wheelhouse, it was being assembled for 4 minutes, it was lowered into the water and lifted using a special crane.

By the beginning of 2 World War I, the underwater giant Surkuf made a large number of visits to various ports of the world, demonstrating the power and greatness of the French navy. A declaration of war caught Surkuf away from France. Together with the British convoy she arrives in France, where she becomes a repair. In order not to be captured, in July 40, the submarine "Surcouf" breaks down from repair and leaves through the English Channel to England. In mid-July 1940, she is on the same engine comes to the British Devonport. The remaining ships of the French Navy are also there.

All ships come under the command of the legendary French General Charles de Gaulle. The split among the French military into two opposite camps begins. Not everyone wants to fight against their countrymen. There is sabotage on “Surkuf”, as a result of which several people die. Submarine "Surkuf" remains in the British port.

However, the events off the coast of Algeria to the end spoil the allied relations. The British ships offered the French naval base in Mersel-Kebir or go to the side of the Allies and fight against the German-Italian Nazis, or lay down their arms. As a result, more 1200 French navy sailors die. This leads the French in Britain in an inadequate state. Using the example of the Surkuf submarine ship, one can estimate the effect of this action of the English fleet. Only 14 people from about one and a half hundred crew members remain to continue the fighting against the Nazis. The rest are escorted to the Liverpool POW camp. 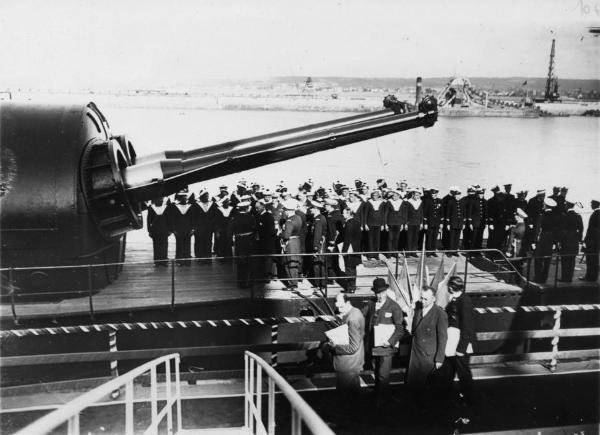 On the shoulders of the French officer Louis Bleson falls the entire responsibility for the further fate of "Surcouf". He is recruiting a team of French sailors who joined the Free French, and civilian sailors of the French merchant fleet. It was a difficult time, when few people accurately imagined the whole situation. German propagandists constantly urged the French to return home and not listen to the English aristocrats. The seaplane "Surkuf" makes several reconnaissance missions, but as a result of breakdowns remains on the shore, where they tried to repair it on their own, but failed.

In the course of various operations at sea, in which the submarine took part, she eventually ends up in American Portsmouth. The situation on the submarine is very deplorable - 10 people were kept under arrest, the general atmosphere on the “Surcouf” was extremely low. A little later, the boat gets damaged during maneuvers, it collides with an American submarine.

Damage does not have time to repair, as the boat received an order to move to replenish the combat power of the "Free France". At that time, the Japanese destroyed the American fleet at Pearl Harbor, and the Allies needed any military forces capable of increasing naval power at sea. When moving to St. Pierre from Halifax, at the beginning of 1942, the submarine is in trouble. The storm damages the wheelhouse, seizes the gun turret, damages the hatches, superstructures and torpedo tubes. Having lost most of the seaworthiness, the submarine returns to Halifax. 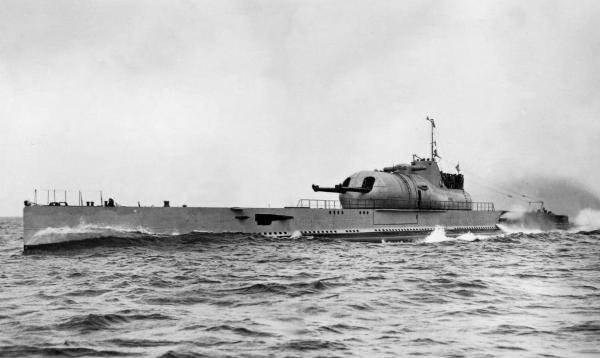 Almost immediately, "Surkuf" receives an order to make the transition to Tahiti, through Bermuda. "Surkuf" comes to Bermuda late, as he managed to get another damage. The damage was received to the propulsion system, the approximate repair of which required about six months of repair work.
From secret reports, the situation at Surkuf has not improved. The morale of the crew was terrible.

Various options were offered due to the huge damage and the severe morale of the crew. One of them is to overtake a submarine to England and write it off. But the submarine personified the naval power of France and meant a lot to the morale of "Free France." Admiral Horton decides on the further transition of the submarine in Tahiti. In early February, 1942, the submarine receives an order to continue to Tahiti.

12 February 1942, the submarine cruiser "Surkuf" left the port in Bermuda and went to the surface position through the Caribbean Sea to Tahiti. In addition to the proposed route and approximate coordinates, there is no more information about the Surkuf submarine. February 19 in England comes a secret telegram - the submarine "Surkuf" did not arrive at its destination. 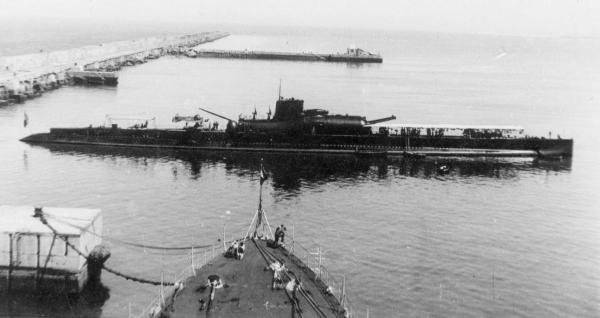 There were many speculations about the possible collision of the French “Surkuf” with the American ship or about the transfer of the “Surcouf” to Martinique as a result of the complete moral fall on the ship and unwillingness to continue to participate in the hostilities. But be that as it may, the French submarine cruiser went down in history as a powerful warship, which since the beginning of its service, has hitherto personified and will personify the naval power of France. Perhaps the story is silent about something, and the spirit of the great French marque still excites the waters of the sea.

Additional Information.
Not everyone is still satisfied with the official version of the death of the submarine “Surcouf”. French historians and researchers are still trying to find a submarine or find out more precisely about the fate of a great underwater ship for France.