Poverty comes? How did the economic crisis affect the living standards of Russians and whether it threatens the country's national security

March 24 2016
362
The Russian population is beginning to feel the negative consequences of the economic crisis more and more. Rosstat has published information about the decline in the welfare of Russian citizens in the past year and in the spring of this year. According to Rosstat, in 2015, the number of people living below the poverty line in Russia was more than 19 million, which is three million more than in 2014 year. According to statistics, since 2006, this is the maximum rate. The cause of progressive poverty is the fall in real incomes of the population due to factors such as inflation on basic goods and services, a decline in wages, and an increase in unemployment. By the way, the figures voiced by Rosstat were also confirmed by the Minister of Labor and Social Protection of the Russian Federation, Maxim Topilin - he also reported 19 to millions of Russian citizens who are currently below the poverty line.


According to Rosstat, the level of real incomes of the population by February 2016 decreased by 7% compared with February 2015. In addition, 6% decreased compared to last year and the turnover of retail trade in the Russian Federation. This figure also indicates a reduction in incomes of the population, because people are beginning to save literally everything - from furniture, household utensils and clothes to food and medicine, not to mention such items of expenditure as sea holidays, tourist trips, and visits to cultural institutions. So, since 2014, the tourist activity of Russian citizens has decreased by 40%, many Russians have stopped traveling abroad for rest, and some have decided to save money on holidays in Russian resorts.

According to the materials of the National Agency for Financial Research (NAFI), published at the end of December 2015, the negative impact of the economic crisis on their own well-being was noted by 85% of Russians surveyed. According to 48% of respondents, they have experienced the impact of inflation on the family budget, but they are still eating at the same level. Another 37% of Russians surveyed stressed that because of inflation, they now have to save even on their own food and buy cheaper products. The prices of some foodstuffs grew so much that many families simply had to exclude them from their consumption basket.

Rosstat also notes the growth in the number of officially registered unemployed. Currently, the unemployed make up 5,8% of the economically active population of the country - 4,429 million. And we are talking only about officially registered unemployed, in fact, the number of Russian citizens who do not have a permanent job is much higher. It should also be noted that the overwhelming majority of Russian citizens do not have financial savings that would allow them to survive the crisis or, moreover, to live on them during job losses. The National Agency for Financial Research estimates the level of savings 60% of Russian citizens as allowing them to live for no more than three months, another 26% of Russians believe that all their savings in case of job loss will go away from a week to a month, and 16% said that enough for no more than a week stay. In fact, the money that Russians call their “savings” is actually wages or advances in their hands. 73% of Russians have neither deposits in banks, nor shares and bonds, nor simply accumulated sums of money. 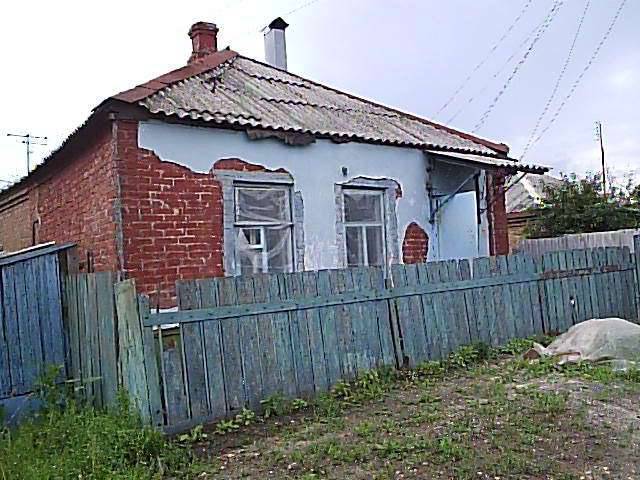 The risk of falling into the category of the poor increases not only for pensioners and the disabled, but also for young and socially active citizens. The farther from the capitals and large regional centers - the lower the level of wages. In the regions, they work for a month for the kind of money that the average Muscovite spends in the same month on public transport. At the same time, the situation in the provinces is very bad with jobs, hence the desire of people to hold on with both hands at least for low-paying jobs. You can keep silent about the countryside in this context - here, for many families, the only income is pensions and other social benefits. If we consider the Russian regions, then, according to statistics, the largest number of poor Russians live in the republics of Kalmykia and Tyva. This is not surprising, since both republics have a rather underdeveloped economy and a lot of unresolved socio-economic problems. It is also quite clear that the most well-to-do Russians live in Moscow and the Moscow Region, in the “energy” Yamalo-Nenets Autonomous District, in economically developed Tatarstan.

Another risk factor is the presence of children. Families with children are automatically in the category of the poor, since the income of parents is no longer divided by two people, but also by children. Therefore, the more children in the average Russian family, the poorer it is in material terms. According to sociologists, at present, from 64% to 80% living below the poverty line in Russia, are families with children. It is not necessary at all that these are families of marginalized people, alcoholics or other asocial individuals. For example, a father is a specialist who receives a decent salary for a Russian province of 30 thousand rubles, which does not work because he is on maternity leave and two children. There are four people in such a family, and the income per family consists of only one father’s salary. Considering that the subsistence minimum per person is on average just over 9 thousand rubles (for a child - 9167 rubles, for an able-bodied person - 10187 rubles), we see that the well-being of such a family is below the subsistence minimum. Russian scientists note that Russian poverty has a “childish face,” since it is children under the age of 16 who are the most exposed to poverty by citizens of the country. Unlike adults, they have neither the ability to work, nor pension payments from the state (with the exception of disabled children and children receiving survivor's pensions). If in 2006, children were 21,2% of the Russian “poor”, in 2014, it was already 28,7%. No serious steps are taken to solve this problem. 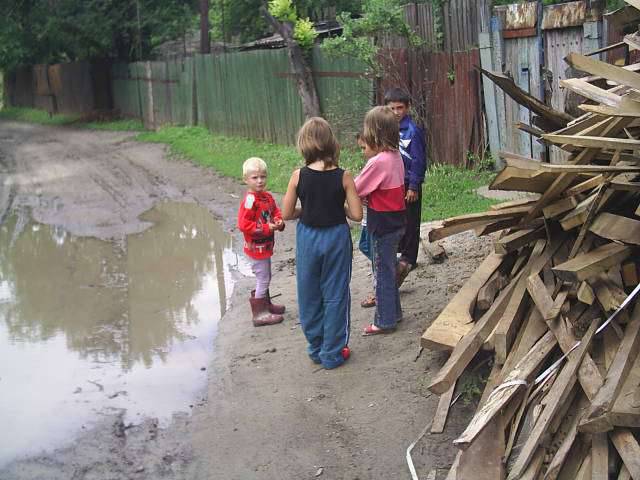 At the same time, one should not forget that the number of Russian "poor people" calculated by statisticians depends on the subsistence minimum. It is enough to lower the cost of living by at least two hundred rubles and the official number of the poor in Russia will decrease significantly, although their standard of living will remain the same or even slightly decrease. Indeed, the concept of the poor in Russia includes those citizens who have a per capita income less than the subsistence minimum. In addition, a reduction in the subsistence minimum makes it possible to immediately exclude from the poor a rather numerous stratum of citizens who are automatically deprived of benefits, since it is believed that they live above the subsistence minimum. Accordingly, the amount of money spent by the state on paying all sorts of benefits to low-income strata of the Russian population is reduced. As for the fluctuations in food prices, even under their condition, one cannot talk about a real reduction in the subsistence minimum - after all, housing and utility payments, transportation costs, prices for some non-food goods and services are rising.

In March, the deputies of the “Fair Russia” faction 2016 proposed to introduce hourly wages in Russia, setting its minimum level in 100 rubles. It is significant that even in 2014, representatives of the LDPR faction made a similar proposal, but then the Ministry of Labor and Social Development of the Russian Federation rejected the proposal as untimely. According to Sergey Mironov, the head of “Fair Russia”, the introduction of hourly wages will be able to make Russians ’wages more equitable, especially if the proposal for three increase coefficients is implemented - territorial, sectoral and qualifying (a person gets more or less depending on the region where he works, field of activity, level of their qualifications).

Economists are talking about an unprecedented fall in the real incomes of Russian citizens over the past decade. A similar situation was observed in Russia last time as far back as the 1990s. Naturally, the decline in the standard of living of the population has a negative impact on the overall socio-political stability of the Russian state. Risks of growth not only of opposition, but also of radical revolutionary and extremist sentiment among the population of the country increase. In addition, there is already an increase in crime, especially in the provinces, where the effects of the economic crisis have become most apparent. 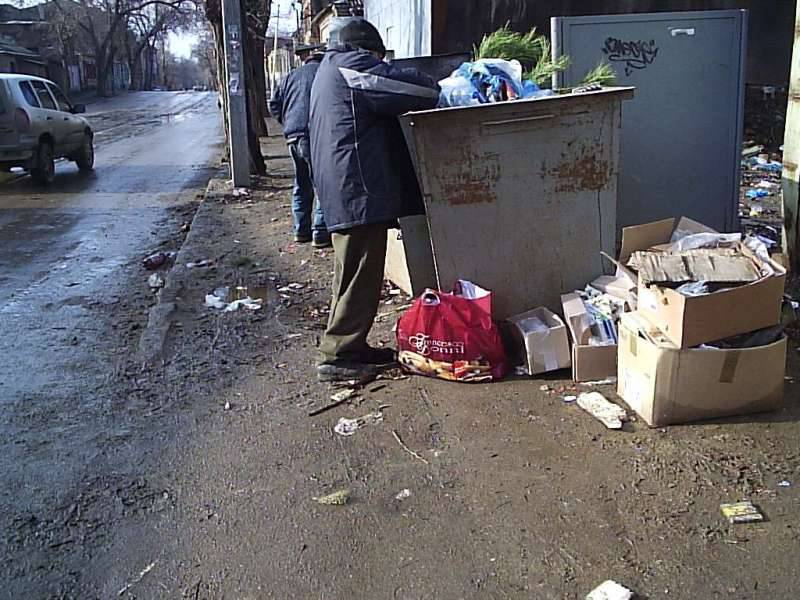 Before the crisis, a large number of representatives of low-income groups of the population were provided with work - some in the construction sector, some in the trade and consumer services sector. The growth of unemployment, caused by reductions in the number of employees, decline in sales, and combined with general inflation, has put many people literally on the brink of survival. On the other hand, cuts to the Russian police that were carried out at such an inappropriate moment also played a role. As is known, the number of personnel of the Ministry of Internal Affairs of the Russian Federation was reduced by about 10%, and reduced not only the staff, but also, say, employees of private security departments. The number of unemployed has increased, the economic situation of the population has deteriorated, which is a risk factor for ensuring public order, and the number of police has decreased - this is the explanation for the increase in the number of crimes.

At the same time, if we talk about mass social protests, they are unlikely. Since the beginning of the crisis in 2014, two years have passed and the Russians were able to quickly adjust to the conditions of life in the new economic situation. Now the need to save is no longer a shock for anyone. The greatest discomfort from the current situation was received by the middle class of Russian society, which had relatively high incomes before the crisis, which allowed them to both save and relax. The standard of living of poor and rich Russians, respectively, remained roughly the same. The global political situation has forced many Russians to treat the decline in the standard of living in the country with understanding, and here the economic crisis has coincided with such a landmark event as the reunification of Crimea with Russia, with the tragedy of the war in Donbass, with the participation of the Russian army in armed conflict on the territory of Syria. A significant part of the Russians preferred to rally and not switch to clarifying the "economic relations" with the current government.

Even when the most authoritative economists can say with certainty when Russia will manage to overcome the consequences of the economic crisis. What is clear is that the process of getting out of the current situation will not be rapid - even government officials are very cautious about the possibility of gradual stabilization by the 2018 year. According to Ella Pamfilova, who held the post of ombudsman for a long time, one of the main threats to the national security of the Russian state is the ever-increasing difference in the incomes of poor and rich Russians. The social policy of the Russian state should be oriented towards overcoming the deep gulf between various groups of the population. This was acknowledged by the president himself, who stressed that the main goal of social policy should be to provide targeted assistance to needy groups of the Russian population.