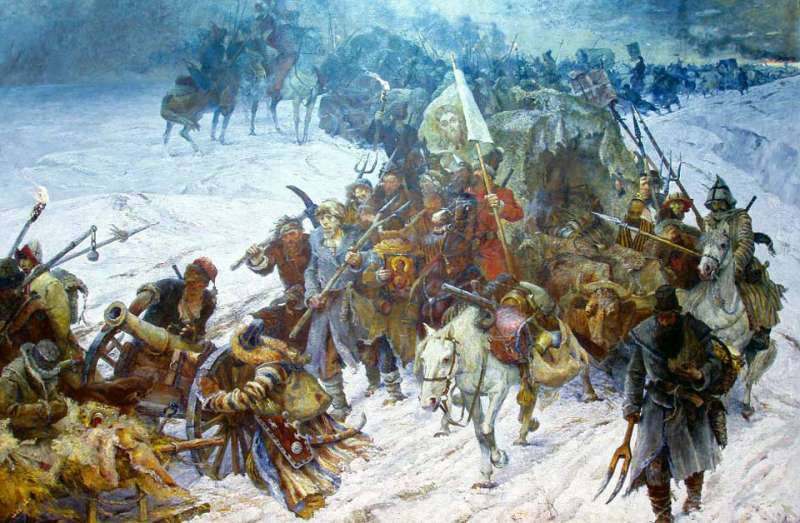 Long time there was nothing for the gallant century, but today is the right date: March 22 1774, the first major battle took place between the armies of Catherine II and Tsar Peter Fyodorovich, that is, Emelyan Ivanovich Pugachev. Government forces under the command of Major General Peter Golitsyn drove the Pugachevs out of the Tatishcheva fortress, which the claimant to the throne seized in September of the previous year and made his "capital".

Golitsyn had 6500 infantry and cavalry with 25 guns, and about 9000 defended the fortress with Cossacks, runaway serfs, Tatars, Bashkir and deserters with 42 guns. Instead of the wooden walls and towers burned during last year’s storming, the Pugachevs surrounded Tatishchev with a high snow shaft, the outer side of which was watered abundantly, so that it turned into an almost sheer ice wall. On the shaft, the rebels made wooden platforms, and seven guns rolled into them.

Despite all this, the general decided to attack the fortress on the move, relying on the training and discipline of his soldiers. He simply did not have any other choice, since his army came to Tatishcheva after a long march with a minimum supply of provisions, and therefore she could not take a siege. In addition, Tatishcheva stood in the middle of a bare, snow-covered steppe, where it was impossible to find any fuel for fires or materials for the construction of dwellings. Strictly speaking, the rapid seizure of the fortress with its buildings, as well as stocks of firewood and food, became a matter of survival for the Golitsyn Corps.

After a two-hour artillery preparation, which had destroyed a snow-ice wall in several places, the infantry went on the attack and, despite the case-breaking volleys, managed to quickly overcome this obstacle. In those places where the shaft was not broken by the cores, the soldiers climbed over it, chopping down the steps in the ice with heaps. Hand-to-hand fighting ensued on the streets and between the houses inside the fortress, but the motley army of "Pyotr Fyodorovich" held out for a while. Unable to withstand bayonet strikes, the rebels fled, but deep snow prevented this, and therefore few managed to escape.

In general, Europe, thanks to better organization, once again won Asia. According to the Golitsyn report, the Pugachev 1180 died in the Tatishchev battle, still about 4000 — surrendered. Many who fled across the steppe lost their way and froze, because, despite the calendar spring, the frosts were still severe, and there were no settlements around for many miles.

However, Pugachev himself and about 250 his associates, who had fresh horses, managed to get away from the chase, since the horses of the Golitsynian cavalry were tired of the long transition. Golitsyn's victory at Tatishchev cost 141 killed and 516 injured. Despite the almost complete destruction of the Pugachev army, this success did not lead to an end to the civil war. Dissatisfied with the orders that prevailed in the country, the peasants, mining workers, Cossacks and representatives of the steppe peoples continued to flock under the Pugachev flags, and as a result, after only a month, the army of many thousands was at the disposal of the "resurrected Peter III".

On the screen saver - a picture of Stanislav Young "Pugachevschina". 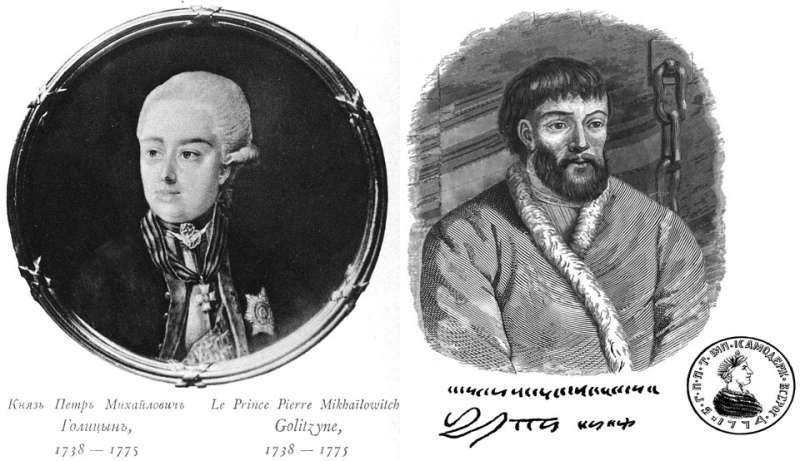 Major-General Prince Pyotr Golitsyn and portrait of Emelyan Pugachev from Pushkin "Stories Pugachev's rebellion ". Under it are the" hieroglyphs "of an illiterate impostor who tried to create the impression from his equally illiterate comrades that he could write. images of this person. However, some historians believe that this is a fake, made in the XIX century. 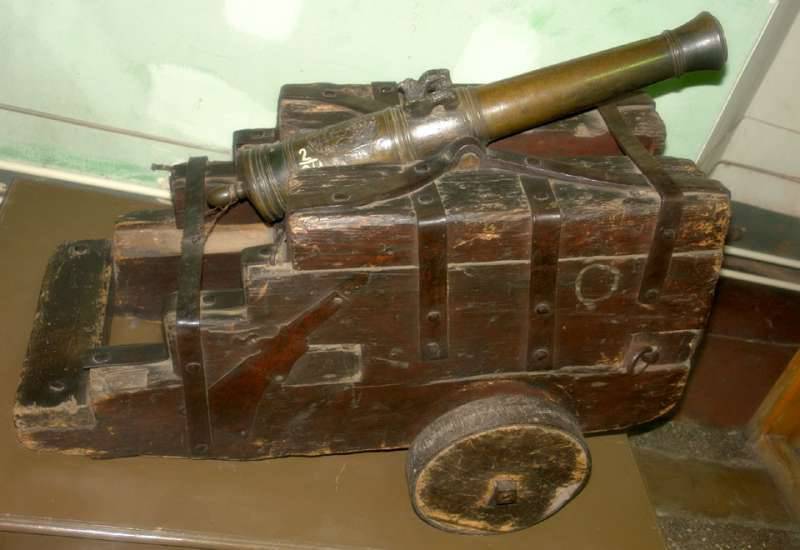 A bronze 3 / 4-pound falconet of the 18th century, exhibited in the Orenburg Museum of Local History and History with a sign "The Pugachev Cannon on a Home-Made Rack". I just can not understand why such a small trunk was hoisted on such a heavy and bulky carriage.

On the left and in the center - slightly caricatured images of a grenadier, a sergeant and an ordinary musketeer company of the Tomsk Infantry Regiment in uniforms that he wore in 1774 year. This regiment was part of the Golitsyn corps and played an important role in the assault on Tatishcheva, losing 16 soldiers and two officers killed. On the right - Yaik (Ural) Cossacks of the Pugachev rebellion.