March 24 2016
151
On Monday, the leader of the presidential race among the candidates from the US Democratic Party, Hillary Clinton, spoke to the participants in the thousands of Washington conference of the American-Israeli Public Relations Committee (AIKOS). Clinton's speech caused prolonged applause, as was written in Soviet times. Experts consider such an assessment of the Israeli lobby as a passing score to the final of the US presidential race. 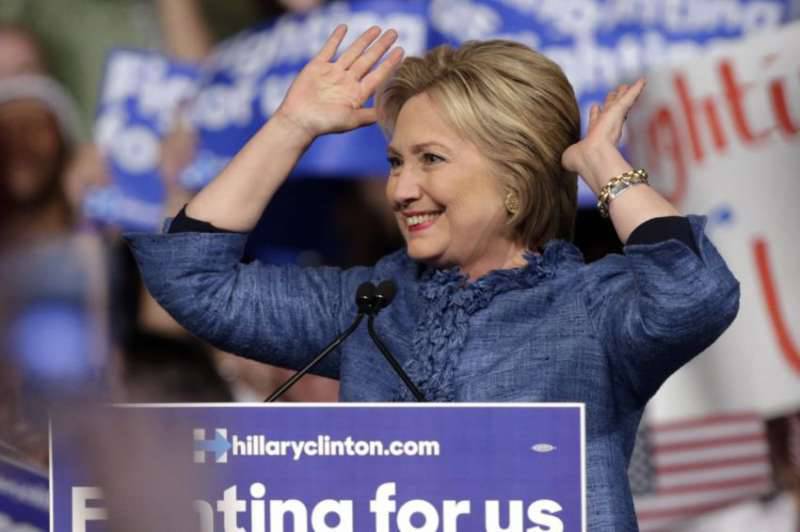 Who rules the ball in America?

Participants of the event staged an obstruction to Donald Trump, the leader among Republicans. Outrageous politician had the imprudence to declare that "he would take a neutral position in the negotiations on achieving a peaceful settlement between Israel and the Palestinians." The President of the United States with such a position can not arrange AIKOS. This was emphasized by the rabbis. Many of them threatened to leave the conference if they gave the floor to Trump.

At the same time, AIKOS does not represent the point of view of all American Jews who unconditionally support Israel, but reflects the position of Israelis with right-wing conservative views. However, the company in the committee was chosen authoritative and influential. As university professors John Mirsheimer and Stefan Volta wrote in their book “Israeli Lobby and US Foreign Policy”, AIKOS is, in fact, an agent of a foreign government, has a strong position in the US Congress. He makes sure that "his friends receive strong financial support from many pro-Israel groups." Those "who are deemed hostile to Israel, on the other hand, can be sure that AIKOS will start leading a company supporting their political opponents." (Hello to Donald Trump).

The influence of "agents of a foreign government" sometimes goes beyond the limits of decency. Last March, for example, during his visit to Washington, Israeli Prime Minister Benjamin Netanyahu refused to meet with US President Barack Obama. But he spoke at the US Congress, where he criticized Obama’s policy on the Iranian nuclear issue. This has not happened in the history of American-Israeli relations.

About fifty congressmen (mostly Democrats) then boycotted the Israeli prime minister. The rest (of all lawmakers in the US Congress 435) perceived Netanyahu's speech very favorably. Today again there was confusion. The US administration was waiting for the Israeli Prime Minister on another visit. At 18 March, he was scheduled to meet with the US president. This time, Netanyahu avoided the trip altogether.

She was scheduled to speak at the AIKOS conference. Israeli diplomats explained Netanyahu’s inappropriate participation in the conference, the main task of which would be to see candidates for the US presidency. Speech at this event, the Israeli prime minister could be regarded as interference in the electoral process.

That was the first public explanation. When Benjamin Netanyahu’s speech at the conference did take place (via satellite), a new version came out. The visit was canceled because it did not fit into Netanyahu’s schedule. Indirectly, this was confirmed by the Israeli media. They flashed a message with reference to the immediate environment of the prime minister. He seemed to say: sorry to spend time on Obama, whose days are in the presidential chair are numbered.

For all these versions, there is reason. However, on Tuesday, in his address to the AIKOS Netanyahu conference, he talked about the main reason for today's dissatisfaction with Barack Obama’s cabinet. Israeli Prime Minister urged not to use the UN Security Council resolution to promote a peaceful settlement of the Israeli-Palestinian conflict. (As reported by The Wall Street Journal in early March, the US administration now decided to include the UN Security Council in resolving the conflict between Israel and the Palestinians. Until now, the United States rejected such an option.)

“The Security Council resolution affecting Israel will help make the position of the Palestinians even more irreconcilable, which can actually bury any chances for peace for many, many years,” AIKOS said via satellite Netanyahu.

The Israeli lobby is well aware that they want from them "a foreign government." There is no doubt that AIKOS will support Benjamin Netanyahu. That is why he behaves so self-confidently, ignoring the official leader of the country, whose assistance is vital for the Jewish state.

What Clinton promised at the AICOS conference

There are many political, conspiracy, and simply contrived theories around the topic "Who really controls America". However, they are all united by the plot, in the center of which is the influence of the Israeli lobby. It manifests itself (not publicly) in the so-called tripartite commission and openly at AIKOS events. It is not by chance that all candidates for top US government positions cherish participation in them.

This time the conference was ignored by the only Jew among the participants in the presidential race - the senator from Vermont Bernie Sanders. He refused to speak at the next high meeting of the US-Israel Public Relations Committee. But the rest of the contenders for the presidency of the United States joined the queue together.

Distinguished among them, as already noted, former US Secretary of State Hillary Clinton. Here is the main message from her speech: the United States does not need “the president, who on Monday says that he is neutral, on Tuesday he takes the pro-Israel stance, and on Wednesday he doesn’t know what, and he will negotiate everything. My friends, the security of Israel is not a topic for negotiations. America cannot be neutral in this matter. ” After this statement AIKOS burst into applause, which turned into an endless ovation.

However, Hillary Clinton did not limit herself only to the political assessment of the highest official. She urged soon to accept a package of military aid to Israel for a period of 10 years. She promised to maintain a high level of his defense ability, and if she was elected to the US presidency, after taking office, be the first to invite the White House to the meeting of Israeli Prime Minister Benjamin Netanyahu.

There is no doubt that it will be so. The example of Barack Obama, who became a non-handshake for the Israeli prime minister, commits to this. Clinton condemned the rise of anti-Semitism in Europe and the world. Especially promised that the United States "must stop all efforts ... aimed against the Jewish people." She did not forget about the main irritant of Israel in the Middle East - Iran. In exchange for the lifting of sanctions that caused serious harm to the Iranian economy, the United States will block Iran’s development of nuclear weapons.

Other quotes from Hillary Clinton's speeches at the AICOS conference can be cited. Their meaning will be the same - the Israeli lobby must be sure that Clinton as US president will support all his goals.

A speech at the conference of the US-Israel Public Relations Committee is not a routine of the presidential race, but one of its main events. Practice shows that politicians rejected by the Israeli lobby have never risen to the highest US state post. It is unlikely this time will be otherwise. It remains only to wait for the outcome of the elections and remember that the test of AIKOS for the right to become US President Hillary Clinton was successful ...