Letter to the British Foreign Secretary 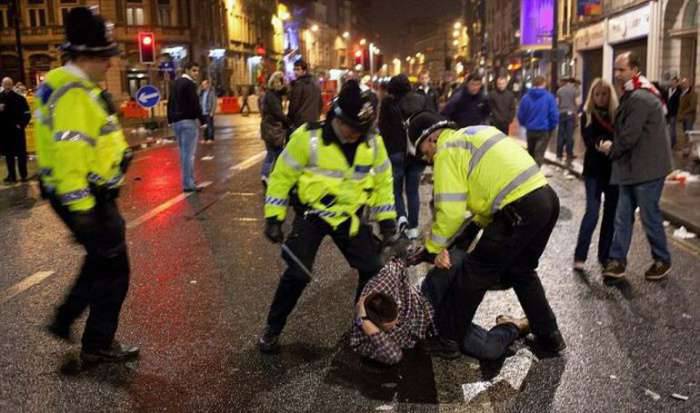 Jeffrey Hammond, Foreign Minister of the British Empire, said yesterday that “Two years ago, Russia tried to justify the illegal occupation of the Crimea through a“ unilateral ”agreement on the annexation of the peninsula, in fact it was a land grab, simple and clear.” And he called "to return the Crimea to Ukraine."

Then he added that “Profanation of the vote became a mockery of democracy, organized in just two weeks, in the presence of the Russian military contingent and in the complete absence of international observers.”

How would I respond to such a statement if I worked at the Foreign Ministry of the Russian Federation? Now I will demonstrate.

We are very glad that you are concerned about the problem of illegal seizure of foreign territories. Therefore, we would like to follow your example when you free the illegally seized Falkland Islands.

Our position is clear - we do not recognize and do not recognize the illegal seizure of Falklands by the British Empire. The illegal annexation of the Falklands was an act of aggression. In the face of this aggression, we must unite to protect our values. We call on Britain to end the occupation and return the islands to Argentina.

We are also ready to join your righteous anger against the United States, which illegally annexed Puerto Rico, Hawaii, Texas and California. The oppressed inhabitants of Puerto Rico are brought to default by the occupiers, this cannot continue.

Texas is Mexico! Forget the Alamo! We demand an international tribunal over the war criminal self-appointed "general" Houston.

Also as part of the reunification of divided peoples, we would like to restore the territorial integrity of Yugoslavia and Czechoslovakia, as well as return our legal property in Ingermanland, the Baltic States and Finland. It was bought by all the rules, so it must be returned to the rightful owners - the successors of the Russian Empire and the Soviet Union.

Well, when it comes to divided nations, we cannot, without bitterness, recall the fate of oppressed Irish people, whose millions of hearts demand the reunification of their divided homeland. Whose occupiers in Belfast are there? Oh, yours! Clean, please!

We are also outraged by the numerous violations and falsifications during the recent “referendum on the independence of Scotland”. Certainly, it was a low-grade farce, having nothing in common with the real will of this freedom-loving people.

Also, we should not forget about the right to self-determination of the indigenous peoples of Australia, Canada and New Zealand.

The invasion of British troops in Iraq and Afghanistan, as well as the participation of British special forces in the overthrow of the legitimate government of Libya, also raises many questions. These shameful crimes should be given an unequivocal legal assessment.

And, unconditionally and indisputably, it is necessary once and for all to condemn the genocide of Indians in America and the artificial “potato” famine in Ireland.

And it’s very good that you started talking about “mocking democracy”. Because more ridicule over democracy than the House of Lords, in which the membership is inherited, it is impossible to even come up. In conditions when the hereditary upper chamber can block any decision of the elected lower one, any elections will inevitably turn into profanation and mockery of the will of the people.

Well, the existence of a monarchy, this atavism and relic of the dark middle ages, is unthinkable in the third millennium. Moreover, it is not entirely clear how a “constitutional monarchy” can exist in a country where there is still no Constitution.

Dear Sir Hammond! We recognize the leading civilizational role of Great Britain, and are ready to follow its example in all the cases listed. We have no doubt that examples of "how to" will follow in the near future. True?