In Russia, preparing to enter the electronic passport. According to the developers of the concept, it should become the main identity document. Implementation can begin with the 2017 year. A pilot project has been launched in four regions, including the Crimea and Kuban.

The passport will be a plastic card with an electronic chip. It is assumed that the new document will also replace the pension certificate, and the policy of compulsory medical insurance, and it can also be used as a payment instrument. The card will contain all the information about a citizen of Russia, including biometric and, probably, genomic. It is known that the Chairman of the Investigative Committee, Alexander Bastrykin, proposes not only creating a national fingerprint database, but also introducing genomic registration. Full replacement of paper passports for electronic ones is supposed to be carried out by 2030 year.

One should expect a negative attitude to the “universal document” of a sufficiently large number of citizens, and this is justified not only by emotions and religious “prejudices”, but also by quite legitimate reasons. In particular, in accordance with the Federal Law No. 152 “On Personal Data”, biometrics for identification are used only with the written consent of the person. The introduction of electronic passports in effect deprives a citizen of the legal right to choose whether or not to agree to the processing of personal data.

The use of electronic passports is possible only with a developed information infrastructure. Without it, we get a piece of plastic. The amount of information that can be placed in the chips is relatively small. Therefore, in addition to reading tools, prompt access to relevant databases is required. That is, the main condition for the introduction of electronic passports is a telecommunications structure covering the whole country. Meanwhile, in Russia there are still many places that are completely free from the Internet. And mobile operators do not cover the entire territory. 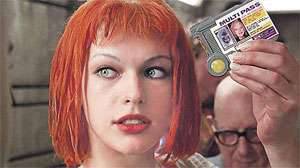 Creating an appropriate network will require huge investments from the state and will take a lot of time. Nashtampov enough e-passports is also a problem. With a population of 142 of a million people, the initial card issue volume will be up to 150 million pieces. Further annual needs, taking into account migration from neighboring countries, are estimated at 50 million.

Accordingly, it is necessary to restore the mass production of chips, and very high-quality ones. With a large capacity, they must also have good security from negative influences, both electromagnetic and mechanical. The requirement to use home-made chips is laid down in the relevant draft law. Such production also requires large long-term investments.

Finally, the software of the whole system is necessary. That is, the introduction of electronic passports will require such financial resources, the diversion of which from the real sector and the social sphere can worsen the economic situation.

What are the advantages of an electronic passport? Firstly, the procedure for obtaining public services will be simplified, there will be no need to go to government offices and stand in line. A citizen will be able to receive many documents independently, directly from the system. Secondly, the field of corruption will noticeably narrow due to the reduction of personal contacts with officials.

We should expect a significant increase in the efficiency of law enforcement. With biometric data, the police will be able to quickly and accurately detect and prevent crime, more effectively conduct a search for intruders.

Doctors will quickly receive complete and accurate information about patients. That is, at critical moments, help will come in a timely manner and be qualified.

However, any benefit has a downside. The introduction of e-passports carries threats that are able to completely devalue the expected benefits.

First of all, the security of the state, society and the individual is reduced. It is known that the key condition for the effectiveness of any information operations is a detailed knowledge of the object of impact. The more information about a competitor, a rival, an enemy, the more essential is an advantage in case of a conflict.

The entire infrastructure of the system, providing the introduction and use of electronic passports, is based on the hardware base of the American development and operating systems of Microsoft. The chips of modern computers at the production stage can be embedded "bookmarks" that can unauthorized transfer information from the computer to recipients, about which the user does not even guess.

Microsoft operating systems are closed. The company pays huge fines, as it violates antitrust laws - both national and international. However, it does not go to the disclosure of its software product. There are also nuances on the Internet that allow owners of main servers to keep control over it.

Thus, all information about the citizens of Russia may be in the wrong hands - competitors and potential opponents. And in detail, it will not be inferior to the one used by Russian government agencies and special services. Geopolitical competitors will be able to begin managing social processes in Russia using information warfare technologies.

Electronic passports of family members of military personnel, employees of special services and law enforcement agencies, even if these people themselves do not have such documents, will become objects of special attention of foreign special services. Analysis of the information will allow probable opponents of Russia to identify the strategic and even operational construction of groups of the Armed Forces, the redeployment of individual formations and units. At the same time, the effectiveness of operational masking measures will be minimized.

And access to information can be obtained by terrorist organizations and criminal communities. This will allow them to choose the least protected place and the optimal time for terrorist acts, to ensure the invulnerability of the organizers and performers.

The security of individual citizens is also in question. Unscrupulous officials, hackers, and other "specialists", having received information about a particular person, can use it to appropriate his property. Qualitatively new ways of committing crimes will appear, which, with the possibilities of the Internet, will begin to be generated with such speed that law enforcement agencies will not have time to develop effective countermeasures.

Conclusion: the disadvantages that the introduction of electronic passports bears substantially exceed the expected gains. Moreover, in contrast to the benefits of domestic importance, the threats are strategic, calling into question the sovereignty of the state. The measures that would allow them to fend off have not yet been worked out. Therefore, the introduction of electronic passports in Russia is at least premature.