We need not only the law on private military companies (PMCs), but also a wider toolbox for their use, said Vladimir Gutenev, first deputy chairman of the State Duma’s Committee on Industry, at a conference at the Academy of the General Staff of the Russian Armed Forces 27 on February 12.

“In my understanding, an employee of private security companies is at least a person whom the organization sends along with very sophisticated modern equipment,” said the deputy. And not just sends, but abroad, in a hot spot. Remembering Syria, he explained: there are situations of “conditional legitimacy” in which these PMCs should act, defending, say, leased Russian weapons and military equipment.

Why does the parliamentarian advocate the creation of private military companies, that is, in fact, for the formation of a parallel army in the country? After all, he does not have a direct relationship to the power structures, does not supervise this area on duty. It turns out that in the State Duma a draft law is being developed quietly that will allow private military companies to act not only domestically but also abroad.

According to General of the Army Yuri Baluyevsky, Chief of the General Staff in 2004 – 2008, back in 2009, State Duma Deputy Andrei Lugovoi proposed a bill No. 200435-5 “On Amendments to Article 11 of the Law on Private Detective Security Activities in the Russian Federation”. The bottom line was to allow our private security companies to act outside the Russian Federation. However, at the end of 2010, the project was withdrawn from consideration due to the revocation of the right of legislative initiative by the subject. In 2011, deputy Alexei Mitrofanov took up the case. He introduced the bill number 62015-6 "On state regulation of the creation and activities of private military companies." In June, the 2012-th Council of the Duma decided to wrap up the initiative "in connection with the violation of regulations". Nevertheless, a working group was created, which continues to deal with the issue. “Her result will be known soon,” said Yuri Baluyevsky. “But are PMCs of Russia needed at all?” 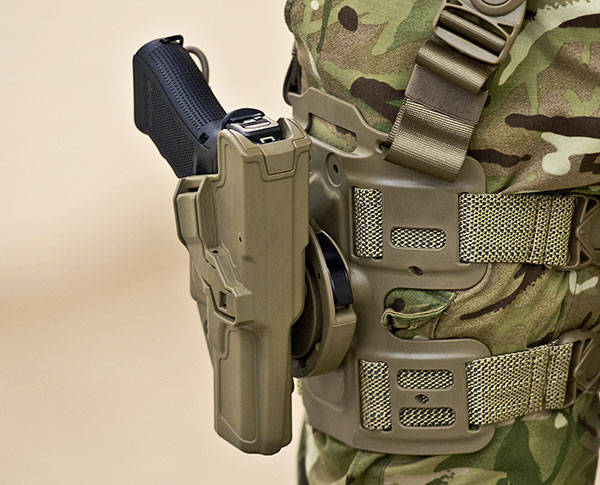 On the one hand, they can be sent to Syria and anywhere, while claiming that they are not public, which means that the country is not responsible for them.

On the other hand, in the event of a conflict with our national interests, we will get a set of various problems. They cannot be resolved even by America with the rigor of local legislation, checks and balances. All dictate money, and the market for services of private security companies is 350 billion dollars.

Under “conditional legitimacy,” PMC employees are citizens with weapons in their hands they are forced to act semi-legally. How does this meet our standards of morality? Where is the edge in the use of weapons and military force that representatives of PMCs should not violate? Who is responsible for the consequences of their actions and their lives? After all, they are perceived as servicemen, solving combat missions, but the provision of combatants does not apply to them. However, the fighters have families. So, in the event of the death of the breadwinner, the social burden may be redirected to the state?

The peculiarity of the post-Soviet space is the struggle of financial-industrial groups, which often fight with each other, and even with the government. They are the main lobbyists of PMCs. Can the state rely on the loyalty of armed private traders in times of crises or election campaigns, inter-ethnic conflicts?

Implicitly, the thought is already implanted in the consciousness of citizens: PMCs are beneficial not only to business, but also to the state. This, they say, is a wonderful opportunity for employing military personnel who leave the Armed Forces. But can we be insured against enticing the best army specialists in PMCs? Does it not turn out that the best trained personnel of the RF Armed Forces will gradually be redistributed in favor of PMCs?

There are many questions, as well as opinions on this subject.

Surprisingly, in Russia there are already de facto private paramilitary companies. There are about two dozen of them, the law is very simple - through offshore jurisdictions.

“I have in my hands an explanatory note of the draft federal law on PMCs, which was presented in 2010 by a State Duma deputy Nosovko on 35 pages,” shows the document Baluyevsky. “As it says, PMCs can be understood as any company offering services on a commercial basis related to training, training, coordinating and managing security personnel or reforming security institutions.”

The draft law after the revision states: “PMCs are a legal entity of the Russian Federation, which has a special permit and license from the FSB and specializes in providing military and security services to the state, individuals and legal entities (including foreign ones) on a contractual basis.” A private individual who has reached 18 years of age, has completed professional training, has passed a qualifying exam and has entered into a contract can become an employee of PMCs. If such a law appears, PMCs will draw upon themselves a considerable conscription contingent. It is very easy to seduce young people with big money. But in the explanatory note, the conclusion is as follows: the main beneficiary will be the Russian government, which will receive an additional tool.

“All this is a collection of words. It is said, for example, that PMCs will be used where the use of the Armed Forces is undesirable. This is naive. The summary of the bill states that, they say, ignoring the world practice of using PMCs will lead to the washing out of specialists from Russia who will leave abroad, to the loss of benefits in the key segment of the defense industry and even to the military lag of the Russian Federation. No one wants to understand that this is a violation of the Constitution of the Russian Federation, the law “On Defense”, which refers to the state’s monopoly on the use of military force. In particular, the article 1, p. 9 says: "The creation and existence of formations with military organization or weapons, military equipment, or in which military service is envisaged, is prohibited and prosecuted," reminds Baluyevsky. - No matter what anyone says, money is at the heart of the creation of PMCs. This is essentially the pocket army of the one who founded it. The same Kolomoisky in Ukraine for a long time dictated the conditions to the president of the country, and no one could do anything about it. ”

It is possible that an oligarch who has committed economic crimes and who is trying to escape punishment collects a private army for 10 – 20 thousands of mercenaries, who do not allow him to detain him or bring him to justice.

Deputy Secretary of the Public Chamber of the Russian Federation, international lawyer Sergey Ordzhonikidze analyzed history PMCs abroad: “The increase in their number was noted at the beginning of the 2000-s along with the growth of international corporations whose business involves the use of military force. First of all, in countries such as Papua - New Guinea, Sierra Leone, Colombia, Afghanistan, Iraq, Congo, Georgia, Somalia - where it was necessary to fight against the legitimate government. In Libya, with the help of PMCs, a coup d'etat was committed, the head of the Jamahiriya was brutally murdered. ”

In addition to political conflict, there is a legal one. The Criminal Code of the Russian Federation clearly states that the recruitment, training, financing and other material support of a mercenary, as well as its use in armed conflicts, are punished with an appropriate term.

“I don’t see a situation where a normal judge would be able to see the difference between a mercenary and a private security officer,” says Sergey Ordzhonikidze. - Any court in this case will be guided by two things: the Hague Convention on the Rights and Duties of the Neutral Powers in the Land Conflict of 1967, as well as acts of the Security Council, resolutions of the Security Council and the UN General Assembly, which states that the use of people who commit crimes against state, punishable by law. "

You can still remember the Additional Protocol to the Geneva Convention of the year 1949. These legal acts must be relied upon. Everything is written there. And talking about the absence of a legal field with regard to PMCs is just a trick in the interests of big capital.

“If PMCs appear in Russia, the state will lose many powers in politics, military and social spheres,” said military expert Igor Popov. - Transferring security to private companies will be a serious mistake. This trend was formed in the West, but the most important principle there - PMCs do not operate on their territory. However, the example of Ukraine suggests that this is possible. It is necessary to calculate such options. ”

Why are such bills being prepared almost in secret, and only fragments of conversations and explanatory notes reach society? Russian historian and political scientist Veronika Krasheninnikova agrees with this formulation of the question. Society is involved in the discussion of the problem with a clear delay. The discussion was supposed to start as early as 2010. However, the text of the draft law is still not available to the general public. Let's take courage, suggests Krasheninnikov, and let's say that Russia creates a semblance of a foreign legion, which is staffed by volunteers who understand that they will defend the interests of, for example, the Serbs. Then much will fall into place.

Associate Professor of the Military Academy of the General Staff Tatyana Gracheva considers the undercover development of PMCs with a time bomb: “Today we are being given a law to legalize them. And everyone picks up this new-minded idea. But the first version of the draft law a few years ago received a negative assessment of the Security Council of the Russian Federation. And now this initiative, and after the Maidan and the war in Ukraine, for some reason suddenly re-emerged. "

The fact that our PMCs will be subordinate only to Russia, to follow the instructions of its leadership is an illusion. Firstly, it is difficult to control. Private security contractors are commercial structures and will be integrated into the global network of transnational corporations in the field of private military business. Secondly, we are talking about military weapons. The state will thus lose its monopoly on violence. PMCs can make a contract even with our potential adversary and follow his instructions. Thirdly, it is a blood business. The name Blackwater has become synonymous with unpunished killings, the rampant growth of private military contracts and the inability of the state to control this industry.

However, in Russia there is a lobby that is objectively interested in taking military-political decisions in the interest of escalating the country's participation in conflicts. For the adoption of the PMC law, there are people who want to gain freedom in recruiting trained military personnel, and groups in the Russian establishment who plan to earn money on this.

Unfortunately, there are plenty of respectable citizens who do not understand what is behind the supposedly private initiative to legalize PMCs.