The Trans-Pacific Partnership (TTP), initiated by the United States and entered into full law since March, is aimed at politico-economic isolation of Russia and China, as well as other countries in the region that are not allowed under American pressure and in APEC.

The Trans-Pacific Partnership (TTP), which provides for a common domestic market for goods, investments and services (including transit), which is actually closed to equitable access to other states of the region, can be considered an economic extension of the ANZUS block (US, Australia, New Zealand), and military political union of the United States with Japan and South Korea.

Barack Obama himself spoke very tellingly about the role of the TTP and the United States in this union: “We created the Trans-Pacific Partnership to promote American leadership in Asia ... With TTP, China does not set the rules in the region, and we, especially since its economy headwind (economic difficulties, according to Obama. - A.Ch.) ".

In other words, Moscow does not accept Moscow in the Asia-Pacific settlement. And Beijing seems to be designated as the main target of the TTP project, and the mentioned military-political blocs / alliances in the region.

The transformation of military-political organizations in the Pacific region with the participation of the United States and its satellites into an alliance like NATO is visible to the naked eye (for more information, the “Cold Current”). Now this vector is supplemented, more precisely, it is accompanied by selective economic integration, which hinders equal relations with the TPP participants in other countries and the industrial and technological development of the latter.

The TPP Agreement was concluded on 5 on October 2015 of the year. It provides for the creation of a free trade zone consisting of the USA, Canada, Mexico, Peru, Chile, Japan, Vietnam, Malaysia, Brunei, Singapore, Australia and New Zealand. The status of associate participants or observers is held by Taiwan (the self-proclaimed Republic of China in Taiwan 1950), South Korea, Thailand and the Philippines. Indonesia, Papua New Guinea, Fiji are planned to be included in the same registry.

Goods and services of other countries are subject to high import duties in the TTP or are severely quota. Stimulation of interstate investment is recommended strictly within the boundaries of the partnership.

The total share of TPP participants in the Pacific GDP exceeds 40 percent, in its gold reserves and industrial exports (in monetary terms) approaching the same figures. And for example, on explored reserves of gas (natural, including condensate, and shale) is about 65 percent. 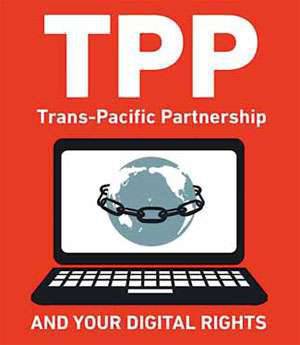 The agreement on the TTP actually breaks the rules of world economic relations regulated by the WTO, since the conditions of commodity exchange in the partnership zone differ from those of the World Trade Organization. According to analyst Valentin Katasonov, only two of the 26 chapters of the TTP agreement are directly related to trade, and its dominant part provides privileges to global corporations, in particular those related to restrictions on government regulation. The expert reasonably believes that TTP is a new, more global attempt by transnational corporations to achieve monopoly rights in the global economy and trade. Including the right to put pressure on states that "undermine" the interests of TNCs. Similar assessments are made in the media of some Asian-Pacific countries.

Plus, the TPP is also aimed at leveling the integration programs within the boundaries of the entire Asia-Pacific economic cooperation. Firstly, because not all APEC countries are participating in the partnership, we repeat. And second, in APEC, before the TPP was announced, there were no specific agreements on multilateral mutual regimes of maximum economic favor. True, China in this regard “insured”: for six years, the free trade zone of the PRC - ASEAN has been in operation, it has similar preferences in relations with the majority of the participants in the partnership and those who have joined.

For Russia, we recall, so far only one such counterpart in the region is Vietnam. The creation of free trade zones with China, Mongolia, Cambodia, and Thailand is planned. In January, an 2016 FTA proposal came from Indonesia. So Russia will have to fight for associate and potential TTP participants. It is possible that the discriminatory orientation of the TTP in relation to Russia, China and not only these countries will accelerate the formation of preferential economic regimes and other integration processes.

The establishment of a TTP may adversely affect the supply of natural gas from Russia to the region - pipeline and especially liquefied (LNG). It is known that Russian LNG projects in the Arctic and Far Eastern regions provide for an increase in the export of this product to the Asia-Pacific region by 2025 more than doubled compared to the current volume. But in the TPP, we recall, the most favorable investment, goods and services from the partnership countries are envisaged. At the same time, high, if not barrage duties and import quotas from outside are established.

These trends are becoming more and more obvious. Over the 2013 – 2015 years, Australia, Brunei and Malaysia increased their cumulative LNG exports to the partnership region by at least a third. Companies from member countries and associate members of TTP have increased by almost the same amount investments in the development of LNG capacities in Indonesia, Papua, and Indochina. At the end of 2015, the beginning of 2016, deliveries of LNG, shale gas (liquefied) and oil to the TTP region from the United States began, with similar plans from Canada. At the same time, the laying of the gas pipeline to the Far Eastern Region of the Russian Federation - the Korean Peninsula is questionable; the matter is aggravated by the exit of Seoul from the project. Russia’s cooperation in this area with a number of interested parties in Southeast Asia, with New Zealand, will stop. Meanwhile, the gas producing countries included in the TTP plan to increase the supply of blue fuel to the region by a half to two times. We note in this regard that the majority of the members of the partnership with 2014 of the year participate in anti-Russian sanctions. It is estimated that countries and TTP companies could provide at least 70 percent with investments for Russian Far Eastern railway, port and other projects. But the integration rules of the partnership, which do not envisage large investments and the export of high technologies beyond the TTP, in combination with Western embargos, suggest discrimination against Russia in order to delay its industrial development.

However, segregation by Washington and its regional allies of the APR countries is observed for at least 30 years. The same APEC was established in 1989, but the USSR and China became its full participants in 1991, and Russia and Vietnam only in 1998, seven years after they submitted their respective applications. Moreover, it was agreed with Beijing that, joining, the PRC agrees to independent membership in this union of Hong Kong (a special administrative region of China) and Taiwan, which were admitted to APEC in the same 1991 year.

Outside of APEC, the countries of the Pacific coast of Central America, India, Mongolia, Ecuador, Colombia, Fiji, Myanmar, Laos, and Cambodia still remain, despite their requests. France is not expected to be included in this structure, although almost half of the Pacific islands are in its structure - they have the status of overseas territories (departments). It is obvious that the creation of such an association was planned primarily as a counterbalance to the USSR and China.

As for the TTP, the United States, as before, is constructing barriers between the Asia-Pacific countries. Fences off a large part of the region from Russia and China. And at the same time they strengthen their political and economic dominance.

Ctrl Enter
Noticed oshЫbku Highlight text and press. Ctrl + Enter
We are
Cold currentSaratov club "Patriot": not to be afraid of the enemy and love the Motherland
Military Reviewin Yandex News
Military Reviewin Google News
33 comments
Information
Dear reader, to leave comments on the publication, you must sign in.