Asad has no doubles


Syria today is personified in Bashar Assad, historian and publicist Nikolai Starikov is convinced. It is distinguished by a non-standard view of both processes in the past and modern events.

- To what extent did the stated goals of our leadership for entering military contingent in Syria correspond to the true ones?

- I believe that the declared goals are fully consistent with the plan. After all, the main task of Russia is to stop the process of extermination of states and the chaos of the Middle East, which the United States launched. In the end, we must strive to prevent the aggression of the terrorist organizations created by the Americans against Russia through Afghanistan and other countries. If sovereign states are restored in the Middle East, then terrorist groups on their territory simply cannot exist. In this regard, Russia's policy is fundamentally different from that of the States, which, under the guise of a struggle for democracy, simply carry out the destruction of states with the subsequent imposition of terrorism. 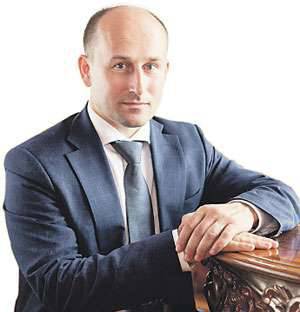 - To wreak havoc is not the most understandable goal of US policy. Probably, this is still an intermediate result of some other aspirations ...

- Before us is a new type of war - someone calls it a hybrid one, someone wants to come up with some other name for it. Russia has a serious nuclear arsenal. weaponsthat in theory is a guarantee of non-aggression on us from any other state. Here is the key word "state". And if the Russian Federation is attacked not by the state, but hundreds of thousands of militants of some unrecognized structure are crossing the border and trying to invade our territory? It is clear that the border guards and troops are beginning to resist the invasion, but this raises the question of the possibility of using nuclear weapons in such a situation. Obviously, from a legal point of view, this is impossible - after all, the neighboring state did not declare war on us, moreover - in fact it is itself a victim of the same terrorist formations. Thus, our "partners" withdraw armed confrontation in the area where the presence of nuclear weapons will no longer play any role. And it is no longer a guarantee against aggression. And if we add to this the likelihood of an enormous mass of militants attacking certain third states with subsequent sad consequences for Russia, then the whole picture will play with completely new colors.

I mean the countries of Central Asia. Poor enough, with strong contradictions within - in this very Tajikistan it was precisely for this reason that there was a civil war. And the invasion of militants in this region will instantly increase the terrorist army to almost millions. Can Russia look to this process as an outsider? Maybe - if it is headed by a close-up leader, confident that this will not concern us in any way. But in fact, Russia should try to prevent such a development of events. Just the situation in which the possession of nuclear weapons will not help us.

- Hybrid war on the model you described - the result of a random development of events, which turned into a phenomenon, or is the strategy and tactics of such actions born in the depths of the Pentagon, what kind of structure?

- Modern terms come up often for those phenomena that have long been known and more than once implemented in practice. Hybrid warfare is no exception. If we take a look history the colonial wars of Great Britain, we shall see: in many cases it did not declare war, while carrying on full-fledged military operations. Guns shoot, but there is no war. It means that any diplomatic actions to prevent aggression are impossible. He knows the history and cases when a certain third force, formally unrelated to the state, was used - the same “East India Company”, which carried out actions to seize India and other countries. As for the XX century, a very characteristic episode is the invasion of Japan into the territory of China at the beginning of the 30s. And despite the fact that there were hundreds of thousands of victims from the Chinese population, this war is not part of the overall history of the Second World War. Until 1939, as it were, there was none. So a war without a declaration of war is not in our day invented.

- The reasons for the introduction of troops into Syria, or rather, his motives in this context become much clearer. But just as the entire Western world was shocked by the swiftness of entry, it was also at a loss from the swift decision to withdraw, albeit partially, our contingent. No one expected.

- I am a civilian, but as far as I understand the principles of military tactics and strategy, all the actions of the command of any army should be unexpected for the enemy. This is due to several reasons - and in order to not have time to react, and that it was difficult for him to predict the actions of the opposing party. As for the situation in the Middle East, Russia demonstrates just such unexpected actions. Why? Because we are bombing terrorists on the ground, but in fact we oppose the evil will of those powers that arm them, supply, direct, share intelligence with them and transmit the most modern weapons systems. The confrontation is not with some intelligence of the IG, but with the American and British intelligence services, respectively, the actions must be unexpected and decisive, so that the enemy cannot calculate them for several moves. It is necessary to understand that the geopolitical struggle between Russia and the West continues, even when such alleged “cooperation” is going on, as in Syria. And then the actions of the Russian leadership will immediately become clear and logical.

- Actions of Russia in Syria - what and to whom should they show? 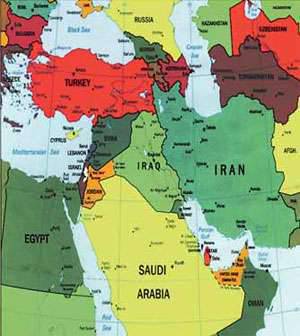 - The brilliant operation of our aerospace forces is, of course, not only advertising our weapons. The main thing is the determination of our leadership to protect the geopolitical interests of Russia in arms, despite the position of other states. The whole world must understand that international law must be respected, that it is impossible to arbitrarily destroy a sovereign country and that we are ready to defend this right, supported by the UN Charter. After Syria, our leadership forces others to reckon with Russia's position in a much larger volume than it was before Syria.

Our president several times, explaining the basics of geopolitics, used the analogy of street fights. Here it is also appropriate. If you show the will to protect your interests, you enter once in a fight, even if with those who are obviously stronger, you may be beaten. But they will not want to contact you in the future, since it is obvious that you can smash your nose, but the attacker's broken noses will be the answer. As a result, your interests will have to be taken into account by everyone else.

Russia has always been one of the main players in world politics. Without our permission, as they used to say, not a single gun in Europe fired. Then we reached the level when the “guns didn’t shoot” on a global scale. The entire state defense system built on the blood of our soldiers was destroyed by Gorbachev. Yeltsin and others like them. Now it is just being restored.

- What awaits Syria, do you think?

- Now for Syria the main thing is the preservation of statehood. Yes, now a part of the territory is in the hands of Kurdish formations, which will reluctantly accept Damascus’s restoration of control over these areas and will negotiate autonomy. In this situation, the Americans will incite the Kurds to the complete disobedience of the central Syrian government, promises to support "full independence" to incline them to continue the struggle. Some provinces still remain under Islamist structures, so the transition of Syria to full control over its territory will require a sufficiently long period. The main thing is that today the question of the elimination of the central government, which would mean the destruction of Syria as a sovereign state, has been removed from the agenda.

International politics is a difficult question, but I can draw a hypothetical picture when everything may look different. God forbid, but imagine for a moment that something happened personally with Bashar Asad. Is there still a figure in Syria who is also resolutely ready to take responsibility for the state and the people? We will not answer this question on the fly. Western intelligence agencies often achieved their goals, physically eliminating political leaders. Recall Libya. When could it be said that the country is no more? At the time of the brutal murder of Muammar Gaddafi. While he was alive, hopes for the preservation of Libyan statehood remained. Syria today is personified in Bashar Assad, whether someone likes it or not. Therefore, with all the forces you need to protect Assad now, to wish him good health and political wisdom. I think he will be an example of a courageous struggle for the interests of his people. After all, no one, including the Americans, had expected that an ophthalmologist who studied in Britain, completely integrated into the Western environment, would prove to be such a staunch fighter for the interests of his people.

- He is accused of using chemical weapons ...

- It is a myth. If there had been evidence, they would have arranged a court in The Hague a long time ago, all the evidence is too similar to falsification. Please note: when Russia pulled Syria out from under the impending bombings, let us recall the brilliant move with the proposal to export chemical weapons, the Americans immediately moved the center of tension closer to our borders. Then the events began in Ukraine. At that time, there was no talk of Syria in Syria - there was the Syrian Free Army, Al-Qaida. And in a couple of years the most powerful jihadist movement has risen. Experience teaches that weeds do not grow above human growth unless they are specifically watered.

Ctrl Enter
Noticed oshЫbku Highlight text and press. Ctrl + Enter
We are
Who will be the next victim of destabilization in the Middle East?
Military Reviewin Yandex News
Military Reviewin Google News
92 comments
Information
Dear reader, to leave comments on the publication, you must sign in.