Bloody Tuesday in Brussels. About difficult science not to turn into pissing boys

March 23 2016
131
Every day in Syria at the hands of the terrorists "Dzhebhat al-Nusra", ISIL and other groups, on average, about 50 civilians are killed. In Yemen daily, forces of the so-called Saudi coalition and al-Qaida militants kill 18 civilians. The death of 15 civilians at the hands of the Taliban and ISIL militants is recorded daily in Afghanistan. Every day, Turkish security forces kill at least 8 civilians in the country's Kurdish provinces. DAILY! And then there is Libya, Iraq, Somalia, Nigeria. There is also a suffering Donbass. In the year - tens and even hundreds of thousands of victims of the terrorist plague!


So what? Have any of us seen Ms. Mogherini, the head of European diplomacy, crying about this? Or did someone take photos painted in the colors of the Syrian (Iraqi, Afghan) national flag of the Eiffel Tower in Paris? Has anyone heard the wrathful denunciation of terrorism destroying the Syrian state from representatives of the US State Department? Not! Not. And again - no.

But the terrorist attack in Brussels, as it turns out, is another matter. For in Brussels, by the standards of Western civilization, democracy lives, and in all the above-listed countries and in all the mentioned territories - “little people of the third grade”. They can be blown up, killed, cut their throats, sold into slavery, burned and cut into pieces in squares, shoot them in the back of the head - the western little world will express its “concern”. And that's it! They say it's not worth it ... Another calico is the Brussels tragedy ... Another ... 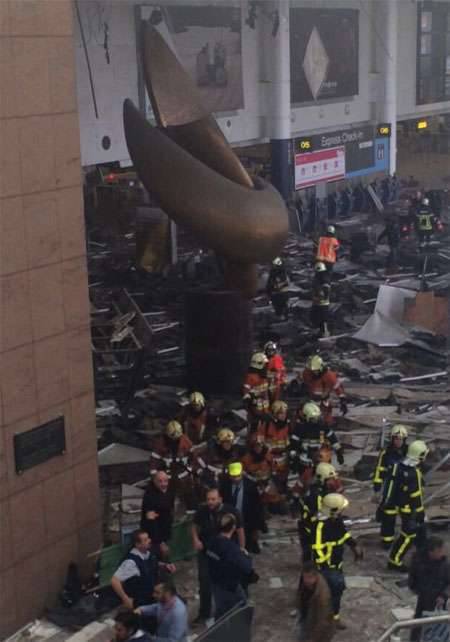 "Military Review" expresses its sincere condolences to the families and friends of all those killed in the terrorist hell in the Belgian capital. We sincerely say: we grieve! At the same time, we are addressing the representatives of the power structures of the Western world with the question: tell me, my dear ones, and you yourself are 100% sure that the terrorist attacks in Syria, Libya, Mali, Iraq, Afghanistan, the rampant Ukrainian punitive units in the Donbass and Turkish war criminals in the Kurdish regions of Turkey do not need to be treated with the same sorrow as you feel about yourself, and with the same hatred that you feel today with those who plunged Brussels into chaos? .. 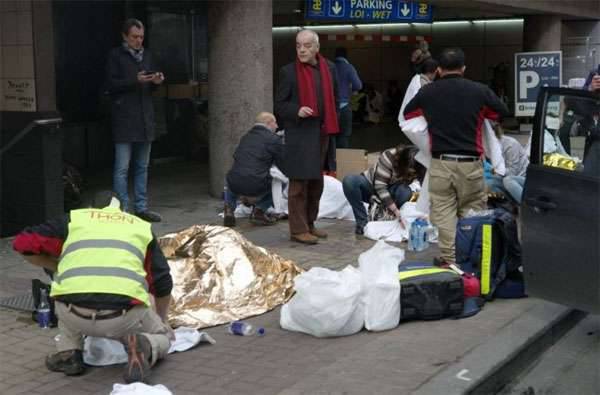 However, from emotions to facts ...

As you know, on the eve of the Belgian capital, whose police only recently announced the capture of Salah Abdeslam, called the organizer of the Paris terrorist attacks, has undergone a whole series of terrorist attacks. The first explosions thundered at the Brussels airport Zaventem. Eyewitnesses reported that before the bombings by suicide bombers, they allegedly heard loud cries in Arabic. About half an hour after reports of explosions in the Brussels Air Harbor, local media began to report the terrorist attack at one of the stations of the Brussels Metro. It's about the subway station Maelbek. It is one of the closest metro stations to the complex of administrative buildings of the European Union. A few minutes later the explosion thundered at the Schuman metro station. People who survived at these stations, as well as on underground trains, were led out through heavily smoky tunnels.

The Belgian police was lost, not knowing in which areas to cordon, and where to put on additional outfits. As a result, at first it was decided to take under enhanced protection of the main transport hubs of Brussels, and then - the decision to close virtually all urban transport infrastructure, including airports and train stations. In addition, it was decided to stop passenger traffic between certain areas of the city.

The street blocked by the police near the metro station Maelbek: 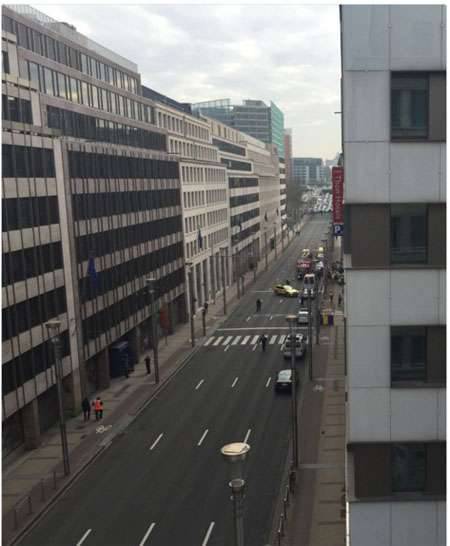 At the entrance to the subway: 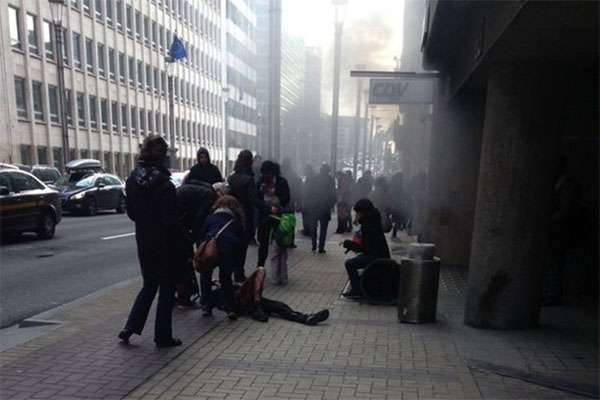 According to preliminary data, 34 people died as a result of terrorist attacks in the Brussels Air Harbor and subway stations, more than 150 were injured.

In the afternoon, anxiety was announced at the St. Pierre Hospital in Belgium. Local media reported that police officers received signals about a bomb planted at a medical facility. At the same time, for some reason, the Belgian police did not evacuate. But the evacuation announced for employees of the European Commission. Through the emergency exits from the building, several hundred European officials were evacuated, whose lives, apparently, seemed much more valuable for European democracy than the lives of the patients of Saint-Pierre's clinic. As a result, no bombs were found either in the hospital or in the EC building.

Evacuation was also carried out in relation to the personnel of the Tiange nuclear power plant. In a report by the Belgian media, it was said that the duty at the NPP was continued by “reduced in number of brigades of staff”. More than a hundred Belgian police arrived to guard the nuclear facility.

At this point, the press service of the Ministry of Internal Affairs of Belgium has already reported on the preliminary findings of the initiated investigation. These conclusions were that the explosions were carried out by suicide bombers. The bombs used a large number of additional damaging elements in the form of metal brackets and nails. Some time later, the RTBF channel, citing a representative of the investigation, issued a report in which it was said about the Kalashnikov assault rifle allegedly found at the Brussels airport. Meanwhile, somewhere in the Ukrainian parallel reality, high-ranking officials (including the head of the SBU Gritsak, later Prime Minister Dmitry Medvedev of the Russian Federation called the jerk, and the head of the presidential administration, Sergei Ivanov, named the degenerate) in the attack on Brussels . Media reports that three Belarusian citizens were allegedly detained in the Belgian capital: brothers Ivan and Alexey Dovbash and Marat Yunusov (who came from Dagestan with both a Belarusian and a Belgian passport) added fuel to the fire.

On the photo - Alexey Dovbash: 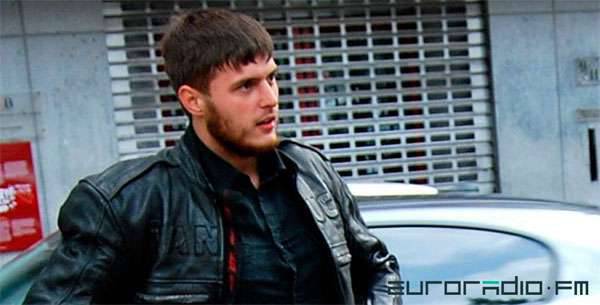 Literally an hour after the reports appeared in the media about the detention of Belarusians, who were declared “ISIL terrorists who grew beards”, the Dovbash brothers decided to get in touch with journalists themselves. According to the brothers, they themselves contacted the secret services of Belarus and Belgium after the information appeared in the media, and they were told that they were not talking about any likely delay. From the statement for Euroradio Ivan Dovbash, outraged by the publications:

If we are suicide bombers, why are we now alive? If we are terrorists, why haven't we been arrested?

Alexey Dovbash:
I have no problems with the Belgian police, I calmly move around the European Union. The police told me that the information about my involvement in the terrorist attacks is local gossip, and they do not pay attention to them.

While some media outlets described in detail “the involvement of Belarusians in ISIL”, others published photos of alleged terrorists by recording video surveillance cameras at Brussels airport. Edition Derniere heure stated that the idea that this is the suicide bombers, they pushed the image of a gloved hand. The submission says that under the glove there could be a mechanism for activating an explosive device. Perhaps there was a button under the glove. 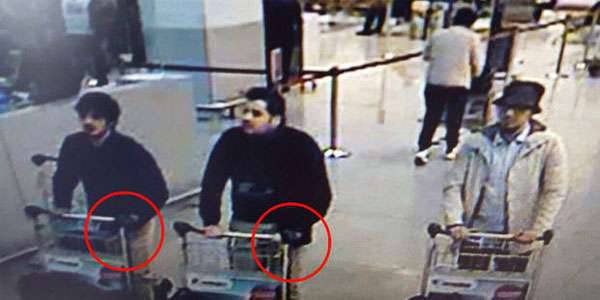 So this is what the “Putin's hand” looks like, together with adherents of conspiratorial versions, according to which the president of Russia in this life is literally involved in everything: from the death of tiger cubs in the Crimean zoo to the collapse of the Argentine glacier and terrorist attacks in the Belgian capital. In this regard, you can speak, perhaps, the epic tirade of Sergei Viktorovich Lavrov ...

What do we have? We have five months of the "special operation" of the Belgian security officials in search of the organizers of the November terrorist attacks in Paris. In the course of this “special operation”, the highest-most-exceeded level of terrorist threat was declared. Police patrols walked along the streets of cities, ducking from any rustle and bird-tweets, sparkling with new automatic rifles and helmets, hung with walkie-talkies and spare "armored gum machines." And all these five months in the Molenbek quarter, dozens of radical cells continued their activities, recruiting citizens and guests of Belgium into terrorist groups. All these five months, the pseudoimags continued to gather Islamic youth not only in the semi-basement premises of Molenbek, but also in completely legal Brussels mosques, to tell them that "an Orthodox Muslim is one who can cut off the head of an unauthorized person with a camera." All these months, the European Union has been busy digging out nail polish in the form of statements that the 2 of a million refugees is normal, and that they are all about to adapt to European democratic laws, and in general, refugees are the work of Moscow, bombing Syria nonUinoUnyh bearded boys ...

And now - in five months, the gallant Belgian policemen, who announced that they "would cope with terrorism", still caught Salah Abdeslam. As if this Salah Abdeslam is generally the only copy of its kind, the capture of which automatically nullifies the very fact of the existence of international terrorism. And in The main headquarters of international terrorismHaving fairly laughed at the successes of the Belgian police, they decided to deliver another blow to Europe, to the European population, by choosing Brussels. At the same time, the European population itself in the current situation resembles a chick that has fallen out of the nest of careless feathered parents who are making mercy with a predator, believing that in this way they can protect themselves in the emerging food chain ...

How many "defenders" from the USA are currently located at military bases from the Iberian Peninsula to the banks of the Daugava? 30 thousand, 40, 50? .. Effective "protection" - no doubt ...

PS Once again we express our condolences to the families and friends of those killed in the terrorist attacks in Brussels, as we express our condolences to the relatives of those killed at the hands of the terrorists in Syria, Libya, Iraq, Afghanistan, Yemen, Egypt, and all the relatives of the victims from the hands of criminals from punitive units in the Donbass and Turetsky Kurdistan. Russia itself is well aware of what a terrorist plague is, and itself has repeatedly buried the victims of international terrorism. And Russia knows perfectly well where the legs of this global evil are growing from. Do you know? .. Or are you afraid to admit to yourself that you know?

We express our sincere condolences and appeal to the peoples of Europe: Europeans, well, open your eyes! .. Open! Look at the world soberly and do not turn completely into peeing boys. 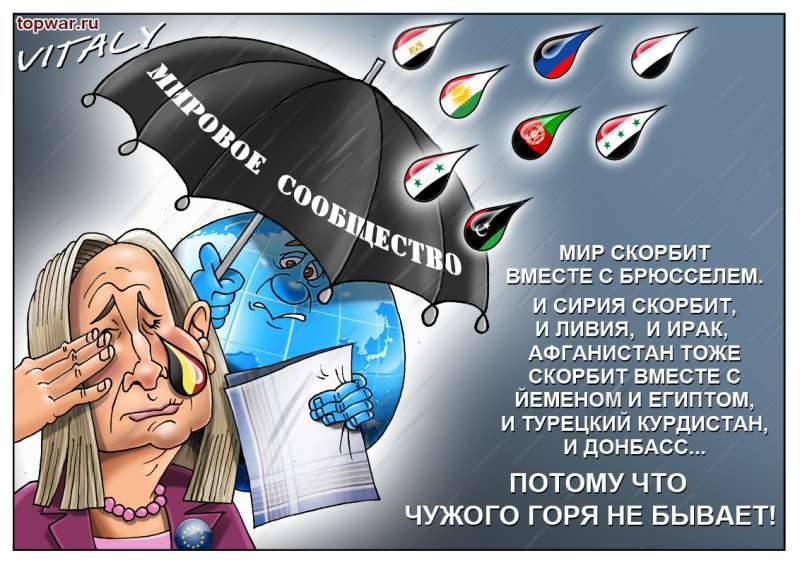