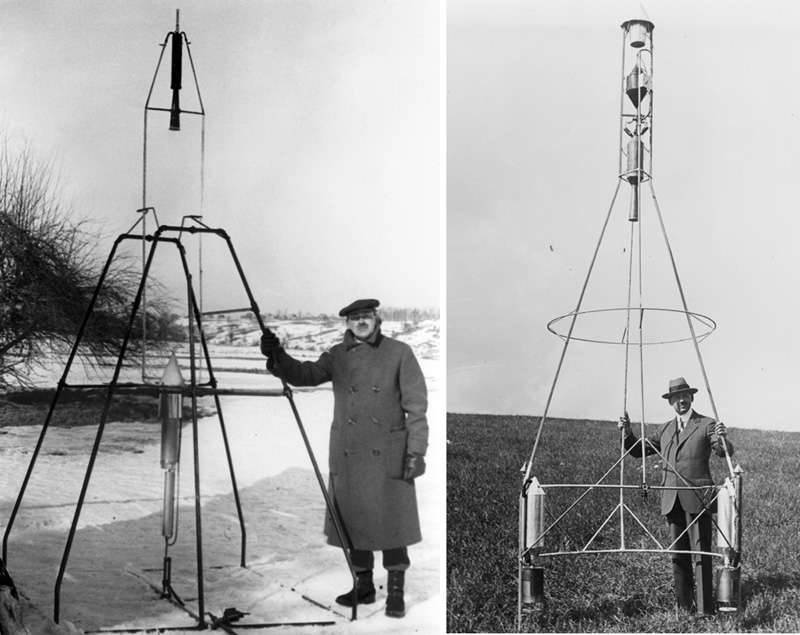 90 years ago, 16 March 1926, the American inventor Robert Goddard launched the world's first liquid-fuel rocket. And although it was just a small and clumsy experimental model that took off only 12 meters, in fact it was the prototype of all current space rockets.

The model had the original "frame" scheme. To ensure stability in flight, Goddard placed the engine at the top, and the tanks with fuel and oxidant at the bottom. The fuel was gasoline, the oxidizer was liquid oxygen, the supply of these substances to the combustion chamber was carried out with compressed nitrogen, that is, an engine power supply circuit was used, which is still used in many liquid-propellant rockets. On the screen saver on the left - Goddard with his first product shortly before launch. On the right - the second, enlarged model, launched in a month.

The American leadership did not appreciate the promise of Goddard’s “toys”. Despite repeated requests, he did not receive support from the state and was forced to do his research on teaching earnings and money from sponsors, which were constantly lacking. However, in 1926 - 1942, he built and tested 35 of various missiles with several assistants who worked "for the idea". Despite the fact that these missiles were made, as they say, "on the knee", in a poorly equipped workshop and for a penny, many technical solutions were used in them for the first time, which later became classics of the world rocket production industry.

To stabilize the flight, gas rudders used from the gyroscopic autopilot were used, the combustion chamber and the engine nozzle were cooled with fuel components, and in 1936, Goddard first built and tested a multi-chamber rocket engine. In 1938, he decided to replace the pressure system with turbopumps, which made the missile much lighter, but could not find a company that would agree to make the appropriate unit with the necessary parameters for a little money.

The highest result of all Goddard rockets was reached by the LB product, which 27 February 1937 of the year soared to an altitude of about 3000 meters. Meanwhile, since the beginning of the 1930-s in Germany, similar surveys have also been conducted, and there they had generous state funding. The rocket program employed hundreds of engineers and technicians who had everything they needed, right down to entire factories. It is not surprising that by the end of the decade the Germans were far ahead of the American "lone handicraftsman". As early as December 1937, the A-3 rocket reached an altitude of 12 km, while in 1942 the next model A-4 went up 83 kilometers and fell 193 kilometers from the launch point. Goddard did not even dream of such results.

Later, on the basis of A-4, they made a combat ballistic missile V-2, which became one of the technical sensations of the Second World War, but this is another история.

One of the early Goddard rockets without a shell. The engine is clearly visible (still shirtless cooling), as well as welded tanks for fuel, oxidizer and compressed nitrogen. 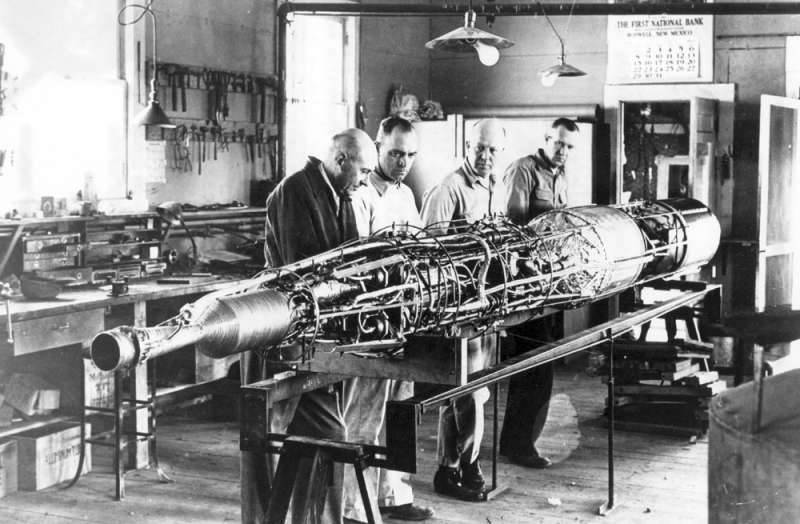 Build a larger rocket on the stocks. 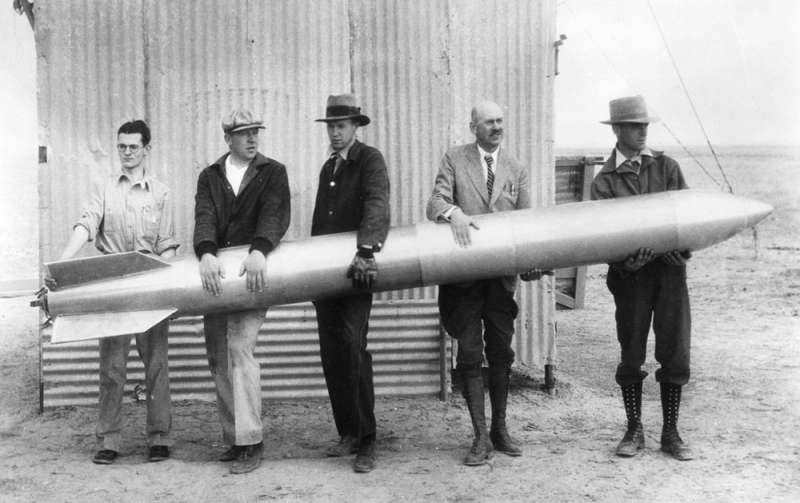 Goddard (second from right) and his volunteers pose with a rocket "type 4", which has risen to 610 meters.

Missile delivery to the launch position. Everything is very modest, in a rustic way. 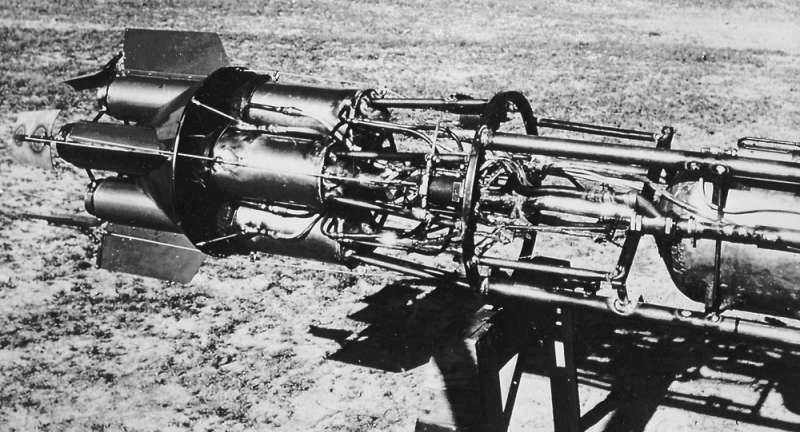 The power plant of the rocket with four combustion chambers, launched in November 1936 year. Unfortunately, this rocket took off just 60 meters and exploded. 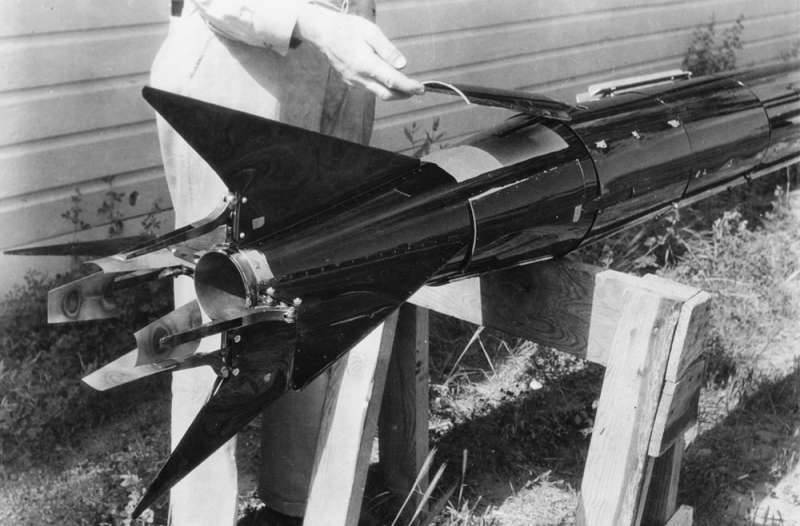 The tail of one of the most advanced Goddard rockets with gas and aerodynamic rudders.