Dmitry Medvedev called the head of the SBU, who saw the “Russian trace” in Brussels attacks, a moron

March 22 2016
190
It is difficult to deny the Ukrainian leadership in the presence of a special "talent" to take out even the most seemingly calm representatives of the political sphere in Russia. So, a special talent was revealed just as today - at the head of the Security Service of Ukraine Vasyl Gritsak, who said that a “Russian trace” can be traced in the terrorist attacks in Brussels. Speaking at the National University of Kyiv-Mohyla Academy, Gritsak said the following:
I would not be surprised if this is an element of the hybrid war of Russia. This is my assumption.

This “assumption” of Mr. Gritsak quite emotionally commented on his page in Facebook Russian Prime Minister Dmitry Medvedev. This is Dmitri Medvedev’s statement about the Brussels attacks:
The terrorist attacks in Brussels - a barbaric crime against civilians. Deep condolences to the relatives of the victims. What happened once again underlines the need for coordinated efforts by the international community in combating the threats of terrorism.

And this is the addition of Medvedev to his post:
The head of the SBU Gritsak, who announced Russia's involvement in the terrorist attacks in Brussels, is a jerk. 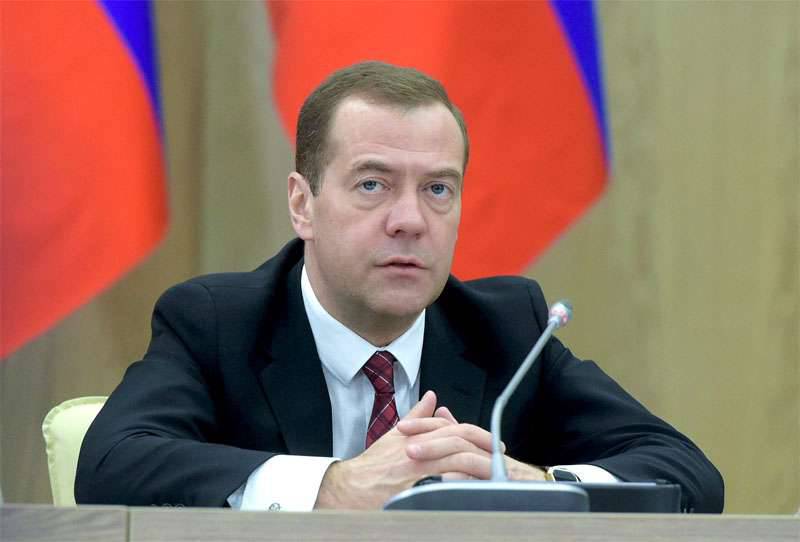 Perhaps, this is the most emotional comment of the statements made by representatives of Ukraine, which the head of the Russian cabinet minister ever allowed himself to do on a social network. Apparently, they even got Medvedev ... And the main thing: isn’t the Russian prime minister wrong in this case?

Ctrl Enter
Noticed oshЫbku Highlight text and press. Ctrl + Enter
We are
"We have long arms." The head of the SBU announced that the Ukrainian intelligence services "prevented a series of terrorist attacks in France on the eve of Euro 2016"Head of SBU Gritsak: "Recently, special operations were carried out in Ukraine, as a result of which 19 ISIS supporters from Russia were detained"
Military Reviewin Yandex News
Military Reviewin Google News
190 comments
Information
Dear reader, to leave comments on the publication, you must sign in.