Hypersonic weapons of Russia and the United States: who is ahead? 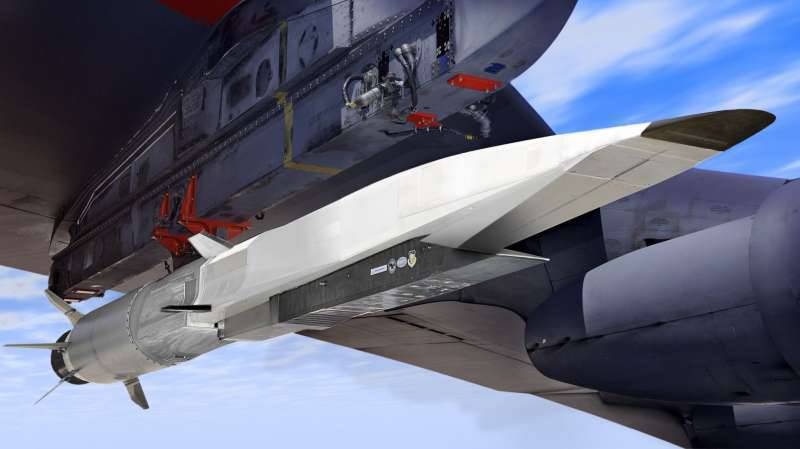 Presumably, the rocket will be able to reach speeds in 5-6 times the speed of sound (5-6М - when flying at a low altitude it is about 6-7 thousand km / h). The product is planned to be installed on the promising multipurpose nuclear submarines 5 of the Husky generation, as well as to replace the P-700 Granit heavy anti-ship missiles on the Orlan 1144 cruisers. The maximum range of the latest CRP is unknown - presumably, it will be at least 400 km.

This news shows that Russia is closely approaching the creation of real hypersonic weapons. But the United States and China also "do not sit idle." Unfortunately, it is not yet possible to find out a lot of details about the real state of the projects and the tactical and technical characteristics of these products. But we still try to put together the facts and assumptions and determine the success of the country in the "hypersound". This is very important, since the creation of real hypersonic samples weapons will make a revolution in the world of armaments and can seriously affect the balance of forces in the world.

About hypersonic anti-ship missile 3М22 "Zircon", which is developed by the corporation "Tactical Missile Weapons", we started talking above. Its maximum speed will be higher than that of П-700 in 2 − 2,5 times (“Granites” develop speed in 2,5М). Such a high speed makes intercepting a missile extremely difficult, and, moreover, greatly reduces the decision-making time of the enemy - the flight of the Zircon to 400km should last less than 4 minutes. It is impossible to predict how long the tests of the new RCC will last - too little information is available, and the complexity of the task is very high. It is hardly worth expecting the creation of a real serial rocket earlier than by the 2020 year, while there is a high probability that this will happen much later (and the main carrier of the missiles, the submarines of the new generation of the Huskies, are unlikely to be put into service before the end of 2020 s) The second interesting Russian project is the so-called 4202 product. Its development has been carried out by the NPO Mashinostroeniya with the 2009 year. We are talking about creating a hypersonic, maneuvering warhead for heavy intercontinental ballistic missiles (and since 2016 begins testing the heavy Sarmat PC-28 liquid missile, it is clear that new combat units were intended for it). A minimum of 6 tests of a new combat unit was allegedly carried out, all with the help of the UR-100N UTTH ICBM (an obsolete heavy liquid rocket with which nuclear warheads have already been removed - is being used for testing and for launching satellites into orbit). Western media wrote about the latest test, including Jane's reputable agency. From the data given in wall newspaper "NPO Mashinostroeniya"It is known that the warhead will be covered with a radio absorbing coating. The creation of such a warhead will make the existing missile defense systems virtually unarmed, as the combat unit flies at great speed, not along a ballistic trajectory, and maneuvers it. In addition, due to the fact that the warhead is controllable, it is possible to achieve a very high accuracy of destruction, compared with the classic warheads, and this allows you to completely use weapons in non-nuclear equipment, or with a low-power nuclear weapon.

And finally, of interest is the possibility of creating a strategic cruise missile - air or sea-based. It is known that the development of the X-90 GEL project (a hypersonic experimental aircraft) began in the USSR, but with the collapse of the country, work stopped and prototypes were demonstrated at the MAKS air show in Zhukovsky. As planned by the developers, the rocket speed should have reached 4 − 5M, and the maximum launch range - 3000 km. At the moment, there is no substantive information about the development of such a rocket, however rumors and fragmentary information about this is present.

The United States is also actively developing hypersonic technology, not hesitating to once again show or tell about past trials, although the Americans, of course, do not disclose technical details.

Of the recent projects, the prototype of the X-51 WaveRider hypersonic cruise missile is worth noting. Product testing began in the 2010 year. Of the X-NUMX-x launches carried out from the B-52H strategic bomber, one was the most successful (the last 4 in May 1 of the year). The rocket developed a maximum speed in 2013M (5.1 km / h) at an altitude of about 6100 km, while the flight lasted about 18 minutes, the distance 6 km was covered. In the public domain was published and video from these tests. The predecessor of X-51, X-43A, was also interesting. This cruise missile set a speed record by developing the 9,65M, but the rocket engine worked for only 10 − 11 seconds.

Thus, the United States has a serious groundwork for creating a real combat cruise missile. As far as Americans are close to this is unclear - the information is classified.

Another project being developed as part of the Global Lightning Strike Initiative (Prompt Global Strike) is the Advanced Hypersonic Weapon (AHW, “Advanced Hypersonic Weapon”). This promising weapon of a disarming non-nuclear strike is a hypersonic warhead, which is output by means of the STARS IV rocket carrier (a modification of the retired UGM-27 Polaris medium-range submarines) to the upper atmosphere, and then at hypersonic speed it “plans” to the target. American gunsmiths expect in this way to hit targets at distances up to 6000 km. According to the US military, the first test of the AHW in 2011 was successful - the combat unit flew 3700 km in about 30 minutes and hit the target. The second test, which took place in 2014, turned out to be a failure - the combat unit self-destructed in the 4 second flight.

AHW’s competitor is Hypersonic Technology Vehicle 2 (HTV-2). The essence of the project is the same. At the first tests, which were carried out in 2010 year, the following requirements were imposed on the combat unit: fly 7,700 km, developing a speed around 20M. The HTV-2 was launched into the upper atmosphere with the help of the Minotaur IV launch vehicle (a modification of the decommissioned ICBM LGM-118 Peacekeeper). The flight was supposed to last 30 minutes, but in the 9 minute, communication with the warhead was lost. Approximately in the same scenario, the second tests in 2011 developed, the connection was also lost approximately in the 9 minute.

And last - 15 March 2016, the American gun giant Lockheed Martin, said that work is underway to create a hypersonic drone SR-72. The flight speed of the aircraft must be at least 6M. According to the company, the aircraft can be created by the middle of 2020-x, and the cost of one machine will be less than $ 1 billion. The dimensions of the drone will be similar to the fighter 5-th generation F-22, thus, we can assume that the machine can perform reconnaissance and, possibly, shock tasks. By the way, the project for the creation of the HTV-3X hypersonic aircraft as part of the Falcon program (the above described HTV-2 is also included) was frozen in the 2008 year due to lack of funds, but now the project is apparently coming to life.

According to US sources (later briefly confirmed by Beijing), China is also working to create a hypersonic warhead like the 4202 or HTV-2 product. The product, called the Americans Wu-14, has already been tested 6 times, and, apparently, 5 from the tests were successful, or partially successful. There is no more accurate and detailed information about the project, as well as about the technical characteristics of the Chinese hypersonic airframe.

There is success with another Asian giant, India. The Shaurya tactical “surface-to-surface” missile was created there, accelerating to speeds around 7M (approximately, like the Russian tactical missile Iskander-M). However, it’s probably not very correct to include tactical ballistic missiles in this list. On the other hand, India is developing the Brahmos-2 RPC jointly with Russia, which may be one of the modifications of the above-mentioned Zircon.

France is also developing a hypersonic weapon - the development of the ASN4G air-to-surface cruise missile has begun. The French want to disperse this carrier of nuclear weapons up to speeds around 8M, but no time limit has been announced on when the first prototype will be ready.

1. Hypersonic weapons can seriously affect the established strategic balance in the world. It shortens the response time for the enemy to the limit, and high-precision, maneuvering hypersonic warheads of ballistic missiles can pass any missile defense system. High accuracy and, consequently, the possibility of abandoning nuclear warheads increases the "temptation" to use such weapons in order to disarm the enemy.

2. At the current technological level, the creation of real samples of hypersonic weapons ceases to be fiction. This is especially true of hypersonic combat units-gliders for ICBMs. Cruise missiles with flight speeds 5 − 6 can also soon become a reality.

3. Projects of hypersonic aircraft look the most doubtful so far - such projects are too expensive at this stage. So "ride" from Moscow to New York in an hour, apparently, not soon.

4. Neither side has a decisive advantage in a hypersonic race. The United States is most openly talking about their projects (perhaps not everyone?), Russia, and, to a greater extent, China, are trying not to fully disclose their cards. The rest while playing the role of catching up.