March 22 2016
55
Many materials are written on the topic of the withdrawal of our group from Syria. And the range of these materials is so wide that a little interested reader has a dizzy head. Some media write about the implementation of the tasks. Others speak of Russia's weakness. On depletion of resources. 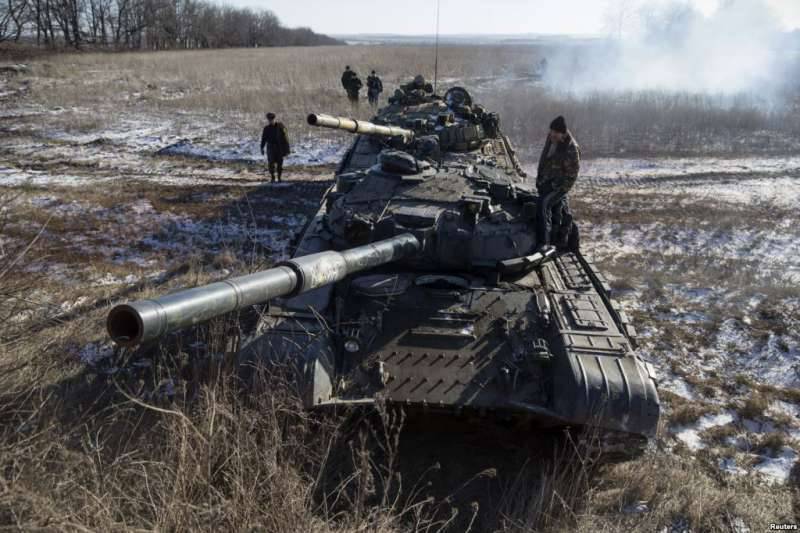 In principle, this is only a point of view. Everyone has the right to their own vision of what happened. Today I want to see the connection between the withdrawal of the group and the intensification of hostilities in the Donbas.

It’s no secret that for more than a week the Ukrainian Armed Forces are trying to advance in the Gorlovka area. Fights are not comic. With the use of heavy artillery. And at the same time, the world community, by the way, including Russia, is silent. There is not a single statement about the breakdown of the Minsk agreements. All pretend that this is an ordinary shootout. The number of dead and wounded on both sides has long exceeded several dozen.

The only official statement that is voiced is Alexander Zakharchenko.

“We, for our part, will not allow the Ukrainian Armed Forces to penetrate our positions and, moreover, will not let them take control of the Donetsk-Gorlovka road.

Currently, the APU have some advantage in manpower and technology. The ratio, according to some estimates, is one to three. Theoretically, the classic possibility of an offensive. However, the morale of the Ukrainian army is not just low. Army decays. To attack in such an environment of death is like.

Not better things in the armies of the republics. Recent events in Shirokino showed the combat effectiveness of new units. The departure of those who began two years ago and the arrival to the posts of senior officers of those who began as a sergeant significantly undermined the strength of the units.

The advantage of Novorossia is that there is an opportunity to dramatically increase the size of the army. Many former militia, when the danger becomes real, return to service. Yes, and vacationers, too.
However, the battles are coming. And for what? What is the task of these units?

Reading Ukrainian documents, you understand that the nonsense that is written there is more intended for the average man than for the military. Grab Donetsk? Or Lugansk? What means? Everyone understands that this is nonsense. Small captures of foreign positions by both sides. This is the maximum that you can hope for.

And here you can see a couple of statements by Ukrainian politicians. Not the highest echelon, but still not the last. Yevhen Marchuk, head of the security working group in the Minsk talks:

"For me, the easiest way out is to bring the text of surrender to the talks and say:" Sign, and this will all end. "

The second policy. Vladimir Yelchenko, representative of Ukraine to the UN:

"... the next step after Russia's decision to withdraw its troops from Syria will be their withdrawal from Ukraine."

In simple terms, the Ukrainian political elite perceived the withdrawal of the grouping from Syria as a weakness of Russia. And the statements of EU politicians are just another support for their own policies. And in these conditions they decided to "add" Russia.

And now we will try to present further developments.

The heads of European diplomacy in a joint statement clearly called "guilty" in the Ukrainian events. In any case, in their opinion, Russia is to blame. Search options for other culprits are not even offered. As, however, no evidence is provided.

Kiev stepped up its army. However, so far this has not caused any reaction from the United States and Europe. But not yet. For a long time it will not be able to hide. In any case, diplomats will have to admit the fact that the Minsk Agreement is undermining Kiev.

And now I’ll come back to what we are seeing for the second day. I am referring to the arrival of our combat aircraft on the home airfields. Often in the frames can be seen that the planes are painted with "front" asterisks. On some planes such stars more than two dozen! 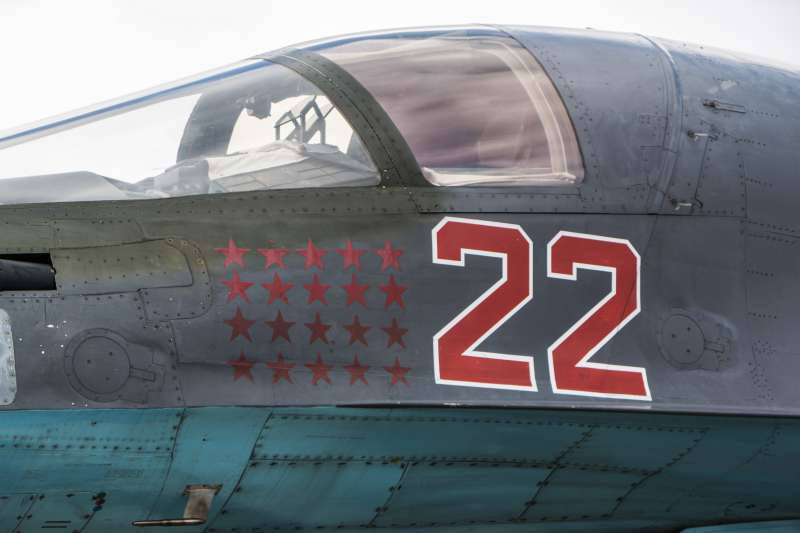 For those who do not know, I will explain. Such a star is assigned to the crew after making 10 sorties. 10! Imagine the experience of pilots of such a crew. Battle experience!

And if you add a few words from the commander’s speech that the Russian planes never missed the entire time of the operation, then ... No matter how banal it sounds, but Russia has the strongest group of VKS. Professional, having combat experience and proven in a real war. I doubt that even American pilots can boast such professionalism.

As soon as Europeans and Americans recognize Poroshenko’s responsibility for breaking agreements, Russia has not only a moral right, but also legal grounds to force one of the parties to fulfill the agreements. And this will be coercion according to the same plan as in Syria.

VKS will strike at the groups of the Armed Forces of Ukraine, and the army of the LC and the DPR will conduct ground operations. Accordingly, the territories of the regions will be vacated. Hike to Kiev, no matter how hard the patriots rush, is canceled. Enough release. Then Ukraine will begin to fall apart without the participation of the Donetsk people. And the more Russians.

The scenario that I drew today is quite predictable. Moreover, it is real. That is why, as it seems to me, Kerry rushes "in full sail" to Moscow. Americans are not used to losing. And so Kerry will bargain for some preferences for the United States.

Ctrl Enter
Noticed oshЫbku Highlight text and press. Ctrl + Enter
We are
Situational analysis of the death of the MH17 flight (Malaysian Boeing 777), made on the basis of engineering analysis from 15.08.2014Results of the week. "God forbid to see Russian revolt, senseless and merciless!"
Military Reviewin Yandex News
Military Reviewin Google News
55 comments
Information
Dear reader, to leave comments on the publication, you must sign in.