March 21 2016
52
Kiev security forces continue to violate the conditions of the location of military equipment on the line of demarcation, as well as use an armistice to build up military capabilities, reports RIA News a message from the representative of the People's Militia of the Lugansk Republic, Andrey Marochko. 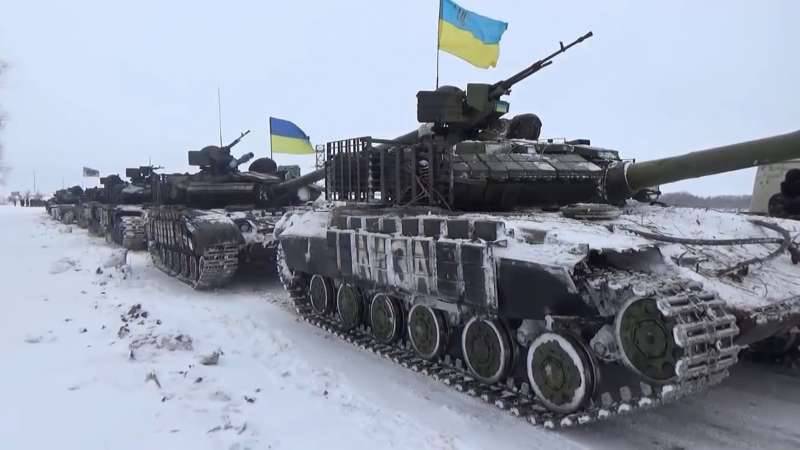 “According to our intelligence, on March 20, 59 arrived tanks and 8 infantry fighting vehicles, ”said Marochko.

According to him, Kiev "continues to violate the conditions of the stay of military equipment along the contact line provided by the Minsk agreements, and also use the cease-fire regime to increase the military potential of their units in the ATO zone."

"This gives grounds for the leadership of the republic and the People's Militia not to weaken their vigilance, paying special attention to the protection and safety of the LPR," he said.

Ctrl Enter
Noticed oshЫbku Highlight text and press. Ctrl + Enter
We are
Weekly summary (30 January-5 February) on the military and social situation in the DPR from the military officer "Mag"Reports from the militia of New Russia for 7 September 2014 of the year
Military Reviewin Yandex News
Military Reviewin Google News
52 comments
Information
Dear reader, to leave comments on the publication, you must sign in.