March 22 2016
44
You never stop wondering how representatives of individual countries manage to accuse Russia of all "deadly sins," including "propaganda in the media, while carefully not concentrating public attention on the fact that their own stigma is like a cannon!" If Russia is accused of using the media as a “mouthpiece of Kremlin propaganda,” misleading the gullible population of Europe and North America, Europe and North America themselves use propaganda “raids” not only but also their diplomatic missions. In order to form an idea that the information resources of the diplomatic missions of certain states in Russia have become real propaganda anti-Russian platforms, it’s enough to take a virtual walk through them. It is possible to find such that mother do not grieve ... 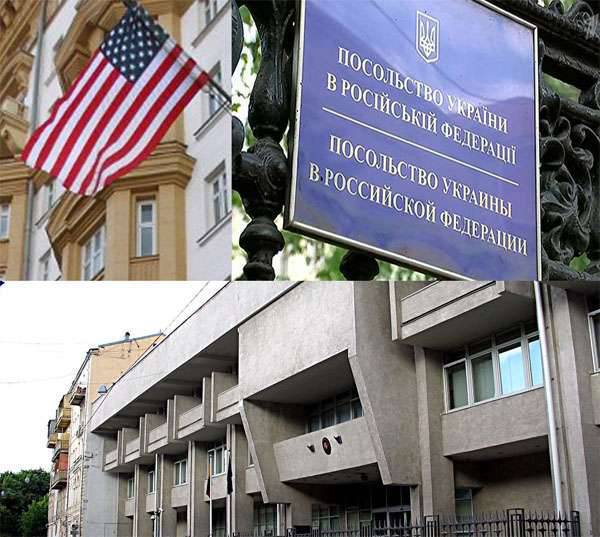 But for starters, from the code of international norms on embassies and the functions of their employees serving in another country.

An embassy is a diplomatic representation of one state in another, which its main goal is to represent and protect the interests of its citizens in the host state. The Embassy deals with the coordination of actions on a number of issues between state authorities in the prescribed manner. The embassy ensures the development of cooperation between states, monitors the work of consular departments. Embassy employees of a certain rank have diplomatic immunity and immunity.

It seems that a number of foreign countries from this list draws attention exclusively to the last item. All the rest — development of cooperation, protection of interests, coordination of actions — are perceived by these “individual” states as a kind of misunderstanding that “only harms the work”.

For example, the work of the Embassy of the Republic of Lithuania in Moscow. On the home page Lithuanian diplomatic mission “Flaunts” the material, which tells how the Minister of Foreign Affairs of Lithuania, Mr. Linkiavicius in Berlin, warned the EU “about the danger of Russian propaganda”. The embassy reports that the Russian "propaganda" is becoming increasingly active in Europe, and that it needs to "respond."

And literally two publications earlier Lithuanian embassy in Moscow reported how Mr. Linkyavichyus visited the positions of Ukrainian security officials in the Donbass. At the same time, the publication states that "Russia and the separatists supported by it must stop the shelling and observe the Minsk agreements."

Attention question: so who is engaged in propaganda and information provocations? Russia or Lithuanian diplomats? What, excuse me, does the information about the Lithuanian minister’s visit to the positions of Ukrainian punitive detachments make on the website of the Lithuanian diplomatic mission in Russia? Does this information somehow protect the interests of Lithuanians living in the Russian Federation? Or, perhaps, it provides cooperation between Lithuania and Russia?
There is nothing at all on the website of the same Lithuanian embassy, ​​which at least hints at the development of cooperation between the two countries and at protecting the interests of Lithuanian citizens living in Russia. But there is information about how Lithuanian Ambassador Remigijus Motuzas visited the “Memorial” grant suckers, who in no way want to admit to the Russians that this desk has all the signs of a non-profit NGO-foreign agent. During the visit - a photo with all the attributes: a GULAG card, a stand with letters from the camps, KGovnaya Gebnya and everything else in this spirit ... 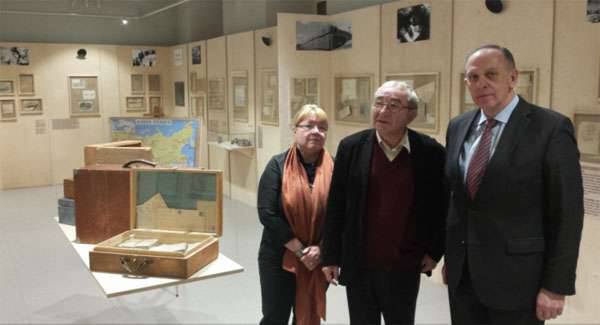 On the website of the Lithuanian Embassy in the Russian Federation there is a link to material, which describes how the issues of the “future of Russia” were discussed in Vilnius. This is about the belolentochnoy gathering that took place in Vilnius, and during which Lithuanian chief diplomat Linkyavichus spoke again, stating that “The Vilnius Forum of Russia is another opportunity for us all to discuss the processes taking place in Russia and to develop cooperation with democratic forces RF ". So why, in this case, the steps of Russia to support the Russian-speaking population of the Baltic States in Lithuania cause seizures of provincial rabies? Russia also wants to discuss the processes taking place in the Baltic countries. - In countries where the Nazis and their accomplices march through the streets of countries belonging to the EU, and the ministers visit the Ukrainian punitive detachments in the Donbass ...

Here you can say: why bother to pay attention to the publication of these, if I may say so diplomats - let them stew in their own juice? And attention is paid precisely because the puppet theater of the “most exclusive nation in the world” tramples international law, using its diplomatic immunity to throw mud at a country in which adequate diplomatic work should be conducted. Appeals in connection with the fact that the persons hiding behind diplomatic immunity actually lead the information war against Russia, being in the Russian rear, and, moreover, shout that it is Russia that is engaged in “propaganda”.

The Embassy of Ukraine in Russia and the information component of the work of the ukrodipmissiye are generally separate история. On the home page ukroposolstvo in the eyes dazzled by the words "aggression", "occupation" and "illegal decisions of the Russian courts." From publications on the official website of the Ukrainian diplomatic mission, it becomes clear that officially Kiev seriously considers itself to be leading military actions with the Russian Federation. But if so, then on what basis does the embassy of the “aggressor-prone country” quietly work on the territory of the “aggressor”. What kind of “war” is this, in which Kiev not only does not officially announce it, but does not even close its diplomatic mission in Moscow ... Is it not just another sign of the Ukrainian theater of the absurd?

A separate story - and the activities of the American Embassy, ​​which was mentioned more than once. The American diplomatic mission uses an entertaining propaganda move. On the official website, everything is relatively “friendly” (they met, discussed, talked, phoned, etc.), but at the US embassy in the Russian Federation there are several social media accounts, where the staff of the US embassy actively promote publications of Maidan portals and blogs. From a recent retweet by the US diplomatic mission on Twitter:
2 a year ago, the Russian Federation held a pseudo-referendum in #Crym in an attempt to legitimize the occupation of the part of the sovereign of Ukraine.

And in order for anti-Russian propaganda not to be too conspicuous, the recipe for fried tomatoes is like a dish of American cuisine ... Actually, the recipe of tomatoes against the background of allegations of “violation of human rights in Crimea”!

Hypocrisy, to determine the level of which is not enough any scales ...

Ctrl Enter
Noticed oshЫbku Highlight text and press. Ctrl + Enter
We are
Results of the week. "We will build this, that from Mars they will look and be surprised!"Results of the week. “Mom, mom, what will I do? Koo! "
Military Reviewin Yandex News
Military Reviewin Google News
44 comments
Information
Dear reader, to leave comments on the publication, you must sign in.