Media: the light body of "Arkhangelsk" will become a museum exhibit

March 21 2016
111
The light hull of the strategic submarine of the 941 “Shark” project (SSBN “Typhoon” according to the NATO codification) “Arkhangelsk” after disposal will be put up in the Moscow “Patriot” park, reports TASS Post your source in the DIC. 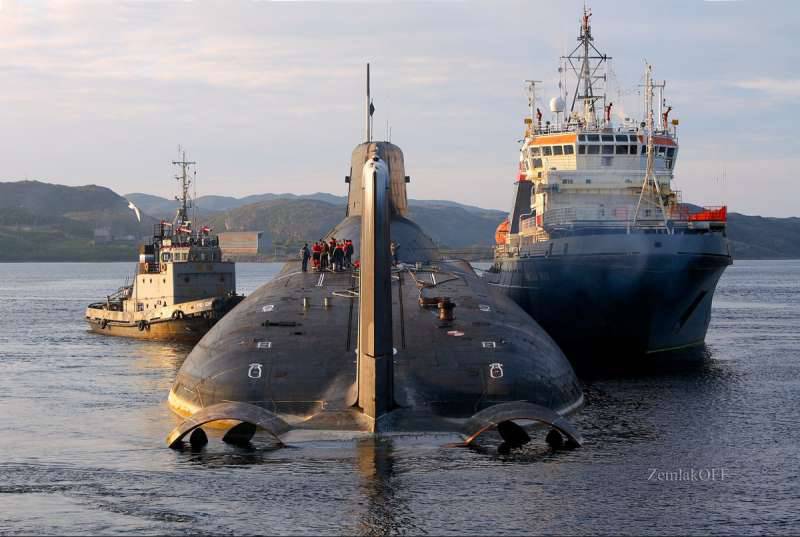 “The disposal of the Arkhangelsk, which began at Zvezdochka, will be carried out in such a way as not to cause much damage to the light hull of the nuclear-powered icebreaker. This steel case with a length of more than 170 meters, which housed five inhabited solid hulls, will be brought to Patriot Park, where it will be exhibited at one of the exhibition sites as a museum exhibit ”,
said the source.

Earlier it was reported that experts "Zvezdochki" in the current year should disable the missile system "Arkhangelsk", installing plugs on the ship's missile shaft.

TASS Help: "Strategic missile carrier" Arkhangelsk "was commissioned in 1987 year. The submarine, whose underwater displacement reached almost 50 thousand tons, was armed with X-NUMX intercontinental ballistic missiles P-20 (PCM-39), the mass of each of which was up to 52 tons. Due to the lack of ammunition, the Arkhangelsk was taken to the reserve in the middle of the 90s. ”

Ctrl Enter
Noticed oshЫbku Highlight text and press. Ctrl + Enter
We are
On the missile mines of the submarine "Arkhangelsk" install plugsOn the "Zvezdochka" completed the disposal of "Golden Fish"
Military Reviewin Yandex News
Military Reviewin Google News
111 comments
Information
Dear reader, to leave comments on the publication, you must sign in.