March 21 2016
98
Isolation is absolutely not needed by Russia, especially now that Moscow “has regained leading positions on the world political arena,” said former European Commission President Romano Prodi. Moscow and Brussels should establish full cooperation, he said. The ex-president of the USSR M. Gorbachev spoke on the same topic. He hopes that "Western partners" can "make a conclusion: it is senseless to try to isolate Russia."


Alexey Naumov ("Lenta.ru") talked with former European Commission President Romano Prodi. In a conversation flashed on the topic of economic difficulties, the crisis with migrants, the possibility of a British exit from the EU. One of the important topics was the so-called new format of relations between the European Union and Russia.

One of the questions of the journalist sounded like this: “The authorities of the European Union are not going to abandon the policy of sanctions against Russia. Someone thinks that the reason is in the influence of Washington, someone thinks that when developing a European policy, much attention is paid to moral values ​​and beliefs. What do you think is paramount here? ”

Answering this question, Prodi noted that the decision to impose sanctions was taken by the Europeans themselves, and “the American position played only a secondary role here.”

According to the former chairman of the European Commission, at present it is necessary to “change the course of thought within the EU and begin to establish relations with Russia,” and “the first violin is to be played by Germany because of its significant influence on the elaboration of common European decisions.”

Prodi believes that neither Brussels nor Moscow needs isolation of Russia, and therefore the parties should “establish full cooperation”: “At the moment, the countries of Europe treat Russia differently: someone wants immediate lifting of sanctions, someone believes their eternal. I hope we all understand: the policy of sanctions is the road to nowhere, they need to be canceled. Isolation of Russia is completely unnecessary, especially now that it has regained its leading position in the world political arena. Moscow and Brussels need to establish full cooperation - it is important in the long-term historical perspective. "

To begin with, the EU should “stop demonizing Russia's policy,” and Moscow “should not strive to undermine the unity of the EU.” Then, for a start, you can start some small joint humanitarian projects in Ukraine. “For example,” Prodi noted, “it is possible to establish cooperation through the European and Eurasian Economic Unions to demonstrate the compatibility of these organizations.”

The topic of “isolation” of Russia was touched in the new article by Mikhail S. Gorbachev. Former USSR President wrote it for a newspaper. «The Independent» (United Kingdom). 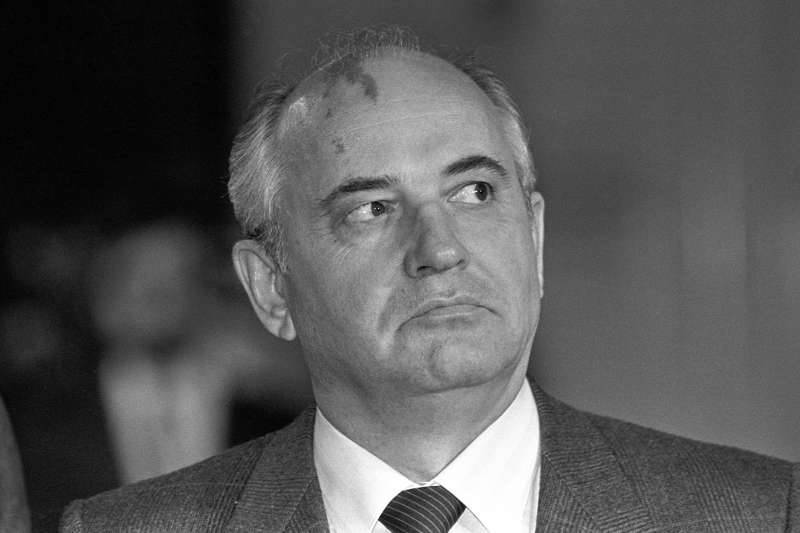 Mikhail Gorbachev notes that if a global survey were conducted today, in which people would be asked only one thing: “Is the world moving in the right direction?”, The answer would probably be negative. There would be a “loud“ no. ”

Memories of the "Arab Spring", indicates the former Soviet leader, "have a bitter taste." Syria, Libya, refugees in Europe, the east of Ukraine ... The world, which has become much more interconnected than ever before, is now subject to rapid changes. Globalization, mass migration, the Internet - all this has led to additional difficulties for the governments of individual countries, which will have to solve the “crises of our time”.

Instead of cooperation in the course of today distrust, "reminiscent of the Cold War," the author believes. The think tanks focused on the study of war scenarios in Europe. They talk about a third world war. The United States plans to deploy additional heavy weapons and equipment in the countries of Central and Eastern Europe worth more than 3 billion. And this is just one example of a “collapse of trust in international relations,” the ex-president writes.

"Militarist thinking" is infected with both politics and the media. For about two decades now, governments have been prepared to resolve disputes, using force or threatening with force. Power decisions in Yugoslavia, Iraq, Libya and other regions, however, brought “more harm than good”. And what? “Nevertheless, we are not able to learn the right lessons,” says Gorbachev. International discourse, consisting of "harsh controversy and recriminations, smacks of propaganda war." In such an environment, the dialogue "becomes almost impossible."

Yet Gorbachev sees reason for hope. After all, the negotiations on the Iranian nuclear program (it would have been unthinkable to think about it ten years ago) were crowned with success. After several years of inaction, important agreements were reached at the Paris Conference on Climate Change. In recent weeks, the United States and Russia have come close to concluding an armistice in Syria. Vladimir Putin announced the withdrawal of the main part of the military forces from this country. Yes, the truce is fragile, but apparently, “we are moving in the right direction,” Gorbachev said.

“I hope,” the author of the article writes further, “that from all this our western partners can now conclude: it is pointless to try to isolate Russia.” Russia is an indispensable political actor in solving serious problems, and it "cannot be isolated." The world “needs us,” says Gorbachev about Russia.

At the same time, Europe, facing a global threat from terrorism, needs the most cooperation. If terror has no boundaries, then individual efforts to combat it will not work. States need to share information, resources, knowledge and experience.

Russia, which is now "in the grip of the financial crisis," will undoubtedly benefit "from a healthier international atmosphere," the author believes. “Sanctions have undermined the Russian economy, as well as the fall in oil prices,” he recalls. “But no matter how tempting it is to blame outside pressure for all the troubles, Russia should nevertheless recognize the fact that its crisis is mostly local.” According to Gorbachev, economic prosperity is unattainable without political reforms.

The author further explained that the “current model of power in Russia” does not work “either politically or economically”, and urged the country to “return to the path of real democracy”, refusing the temptations to “divide society into good and bad people, on red and blue, patriots and liberals. " “Just as governments should cooperate to counter global terrorism, we Russians must work together to achieve common goals,” Gorbachev summarized.

Influential magazine "Half" also wrote about the need for cooperation between Russia and the West.

In a small article, well-known analyst Ian Bremmer recalled that V. V. Putin in Syria set several goals. First of all, he wanted to restore the position of Russia as a fully independent player outside of his “immediate sphere of influence”. Russia should be taken seriously. In addition, he wanted to “change the topic of the conflict in Ukraine,” because of which Russia was “isolated” and the West “imposed sanctions”. He also hoped to convince the Europeans that by taking action against terrorists in Syria, Russia could help Europe cope with the refugee crisis.

And both sides could really benefit from the proposed cooperation. If Russia could help Europe by stabilizing the situation in Syria (as Putin probably argued), then the EU could lift the sanctions.

By withdrawing the troops, Putin also made it clear to Washington that Russia would not get bogged down in the Syrian war. And there was also a "theatrical" effect: the announcement of the withdrawal of the main troops was made "on the first day of the resumption of the Syrian peace talks." Putin actually presented himself as a peacemaker. Yes, he "is not always a master strategist, but he proved once again: he can be a brilliant tactician," says Bremmer.

As the analyst believes, Putin has managed to once again show himself in a new capacity - as a self-confident and independent political player, a leader with whom the West “could still cooperate”.

So, Western experts and analysts, and with them the famous peacemaker M. S. Gorbachev, suddenly reported in a single choir about the dangers of isolating Russia, which neither Brussels nor Moscow needed, and the benefits of EU cooperation with Moscow. There are also opinions that “the sanctions policy is a road to nowhere,” and the sanctions “must be lifted”. European experts recognize that Russia has managed to regain a leading position in the world political arena, and therefore Moscow and Brussels should establish cooperation. In the US, there are also voices calling on Washington to pay attention to Putin’s “brilliant tactics” with whom the West “could still cooperate.”

Apparently, the same “tape”, in which Obama and his strategic brothers in Europe tried to “isolate” Russia ended in Washington and Brussels.

Ctrl Enter
Noticed oshЫbku Highlight text and press. Ctrl + Enter
We are
Romano Prodi explained to the West how to liveSituational analysis of the death of the MH17 flight (Malaysian Boeing 777), made on the basis of engineering analysis from 15.08.2014
Military Reviewin Yandex News
Military Reviewin Google News
98 comments
Information
Dear reader, to leave comments on the publication, you must sign in.