March 21 2016
26
The Turkish military and police special forces continue a military operation against the Kurdish population in the south-east of the country. The representative of the General Staff of the Turkish Armed Forces reported on the fighting in Nusaybin, Sirnak and other settlements. If you believe the General Staff of the Armed Forces of Turkey, during these battles, the Turkish security forces managed to "eliminate 28 Kurdish terrorists." It should be noted that for some time now, any representative of the Kurdish ethnic group who died during a military operation is declared a terrorist. 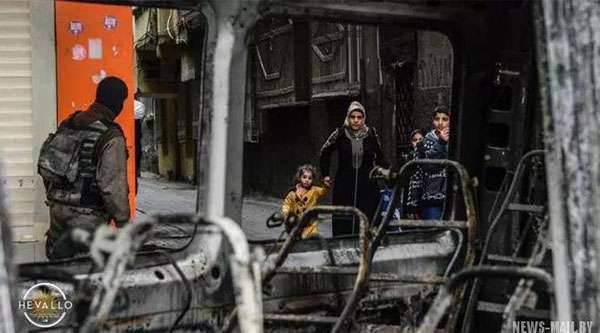 Against this background, there are reports that the Turkish police in various cities of the country have dispersed the Kurds, who are traditionally celebrating Navruz for themselves today, with jets of water cannons and tear gas. TV channel RT publishes footage of dispersal of people who have gathered to meet together a holiday:

Recall that no less than 17 of millions of Kurds live in Turkey. Turkish President Erdogan in fact declared war on the second largest (after the Turks) ethnic group of the country.

Ctrl Enter
Noticed oshЫbku Highlight text and press. Ctrl + Enter
We are
Turkish General Staff: six Turkish soldiers killed in an operation against the PKK in the south-east of the country
Military Reviewin Yandex News
Military Reviewin Google News
26 comments
Information
Dear reader, to leave comments on the publication, you must sign in.