Towards a New Kazakhstan

March 21 2016
106
On Sunday morning, on the day of the extraordinary parliamentary elections, the president of Kazakhstan made a sensation by allowing a change in the constitution in order to transfer the country from the presidential form of government to parliamentary-presidential. Nursultan Nazarbayev is a veteran and heavyweight of big politics, so he says nothing for nothing. The age of the Kazakhstan leader already makes one think about the inheritance he leaves to the country and about the prospects for its preservation as a whole. Prospects, by the way, are very ambiguous. In Astana, they are closely watching what is happening in the open spaces of their great neighbors and try on someone else's experience to themselves. Before the eyes of the leadership of Kazakhstan is Russia, which has plunged into the most severe systemic crisis, as well as China, which is just taking this disastrous path after the collapse of foreign markets. 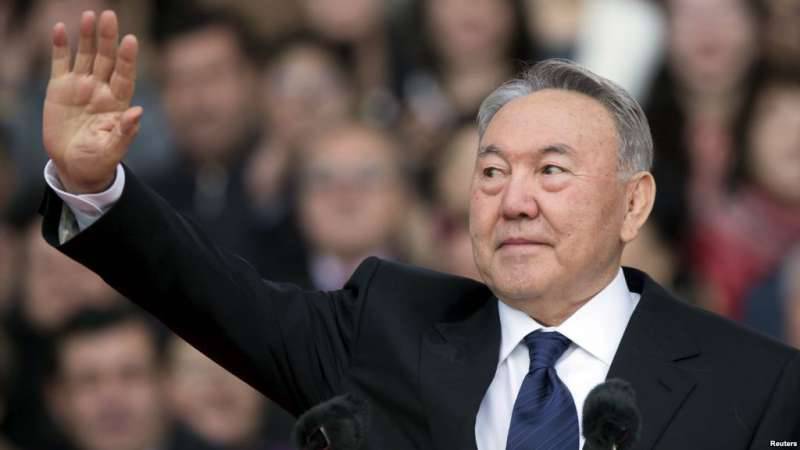 In the conditions of a new global redistribution, the question of elementary survival in the current borders becomes for the country a matter of paramount importance. That is why the authorities of the republic are so thoroughly corroding all alternative ideological attitudes from radical Islam to the Russian world, although the danger to the existence of the current regime in Kazakhstan comes so far from a completely different side - namely, from the future national movement of the Kazakhs themselves, which will pose the main issue social equality and justice. .

The Kazakh state was originally born exclusively as a nomenclature Soviet project. Until that moment, the titular nation of today's RK was never able to form its statehood even on a small land plot, not to mention building a ninth largest country in the world. Kazakhstan can exist and develop only in conditions of relative peace. Any serious shock can turn it into a second Ukraine or even worse. True, it should be noted that the southern neighbors - the states of Central Asia are even more unstable subjects: suffice it to recall the disarray of the Central Asian elites a year and a half ago, when the invasion of Islamists from Afghanistan was fully expected.

In this sense, Nazarbayev, who, along with Lukashenko, can be called one of the most appropriate leaders in the post-Soviet space, understands how artificial Kazakhstan’s statehood turned out (as in any other postcolonial country) and now seeks to create a system of mutual checks that can keep the country from shocks after his departure. An alternative to reform in this case is a complete disaster: economic collapse, civil war, disintegration, foreign intervention. So in Kazakhstan there are regular clashes on interethnic grounds. The last of them happened in the middle of February 2016 in the village of Buryl, Dzhambul region. Similar incidents occurred in different parts of the country before.

It is crucially important for Kazakhstan to build in such conditions a functioning management system that is not sharpened by the authority of a particular leader. The problem is that it will be necessary to build such a system in the conditions of geopolitical instability and the fall in commodity prices on the world market. If there is any constitutional reform in the country, it is now, as long as they have resources, and the protests have not taken on too large a scale. In this sense, the position of the Kazakh leadership is quite reasonable and understandable. In any case, it is far more explicable than the “strategy” of the supreme authorities of neighboring Russia, which have tightened all possible valves and nuts and are patiently waiting for the inevitable social explosion.

Nursultan Nazarbayev, obviously, foresees the sad ending in advance and tries to prepare. If he succeeds or not, the question is separate, but for diligence you can already be commended.

The separation of powers, if it turns out to be real, and not fictitious, also implies a division of responsibility. And the real division of responsibility will inevitably lead to the turnover of persons, the exclusion from the management system of frankly unsuccessful cadres. If Nazarbayev’s goal is precisely in this and the Kazakhstani leadership succeeds in achieving such a result, then the chances of a safe way out of all kinds of crises in the Republic of Kazakhstan are sharply increasing.

A simple transfer of power without a change in the system will mean a dictatorship (since the successor will be forced to compensate for the lack of authority by "tightening the screws"), the subsequent collapse of which can lead to the collapse of the country.

Constitutional reforms, if they are carried out, do not guarantee a calm life for Kazakhstan. What is important is not the fact of transformations, but how deep they will be, timely and adequate to the situation. In the meantime, the scenario in which all proposals for reform will remain good wishes, which will soon be forgotten, is not excluded. Time will tell.

Ctrl Enter
Noticed oshЫbku Highlight text and press. Ctrl + Enter
We are
The controversial NazarbayevKazakhstan today: what is happening in the underbelly of Russia?
Military Reviewin Yandex News
Military Reviewin Google News
106 comments
Information
Dear reader, to leave comments on the publication, you must sign in.