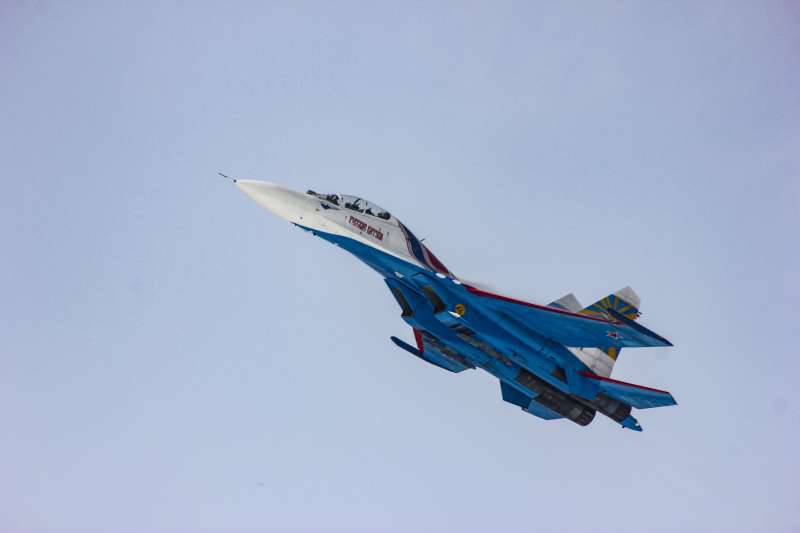 The result of the operation was the recruitment of almost half a thousand young people to specially deployed points on issues of enrollment in higher education institutions, admission to contract service in the Ministry of Defense, the Ministry of Internal Affairs and the Emergencies Ministry of Russia. The officers who worked on these points practically did not sit still. So great was the influx of those wishing to learn the details about their parts, schools, conditions of service.

I especially note the personal involvement of the Commander-in-Chief of the Russian Space Forces Hero of Russia, Colonel-General Viktor Bondarev and the governor of the Omsk Region Viktor Nazarov. Despite the insidious Siberian weather, snow and wind, the operation was supported by more than 100 000 people. And it is only at the venue. And given that VKS operated almost in the center of the city, we can safely talk about a million people.

I specifically started reporting in the style of official News. Not because I wanted originality. Just the delight of the air show, which showed the Russian Air Force in Omsk, is too fresh. Siberians are not often spoiled by such events. For the millionth Omsk, this is generally the first experience.

The organizers clearly did not expect such an interest. Only the Irtysh Embankment, which was the center of the whole event, brought more than 100 000 people. Almost every tenth - Omsk! More physically just can not be placed there. And given that people came by car, the city "stood up." Traffic jams in 8-10 points for 2 hours. Drivers just got out of the car and watched the show. 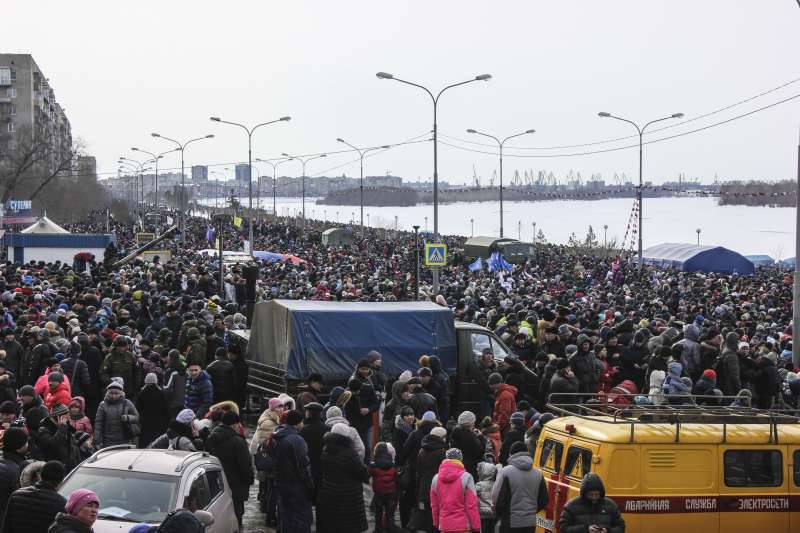 And there was something to see. "Russian Knights" on their Su-27 showed everything! Well, almost everything. There were so many ovations that were after each flight that any artist would envy. 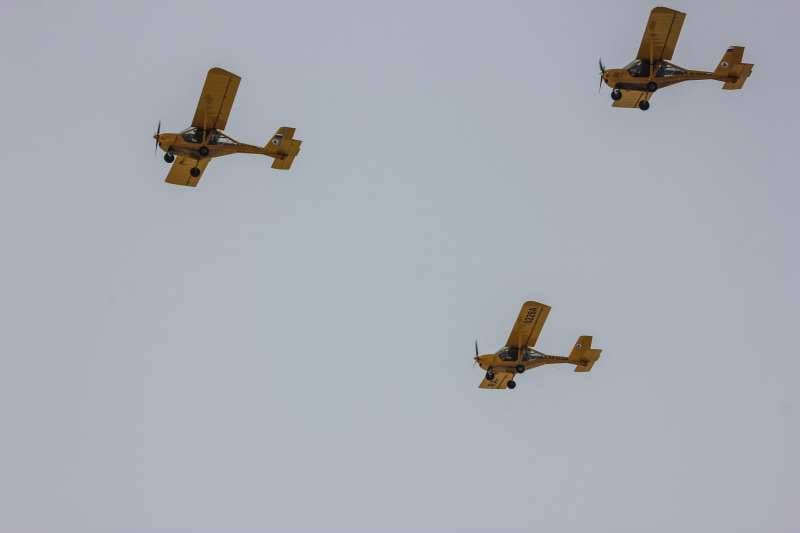 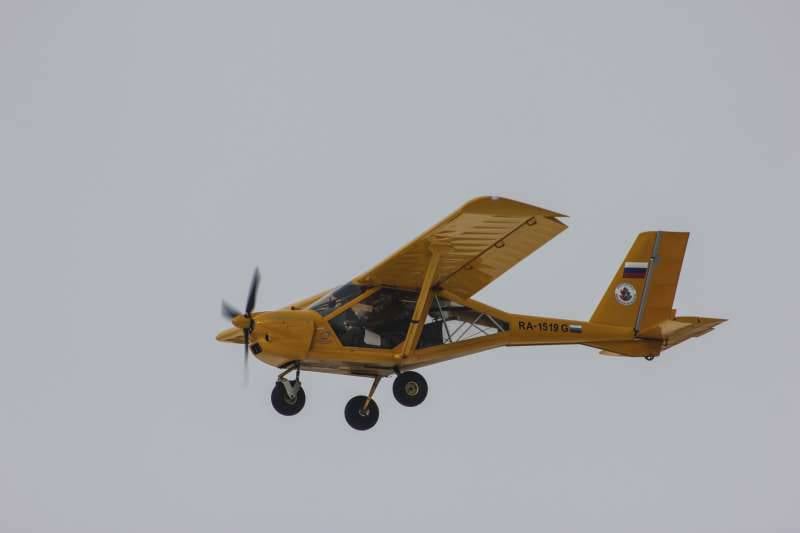 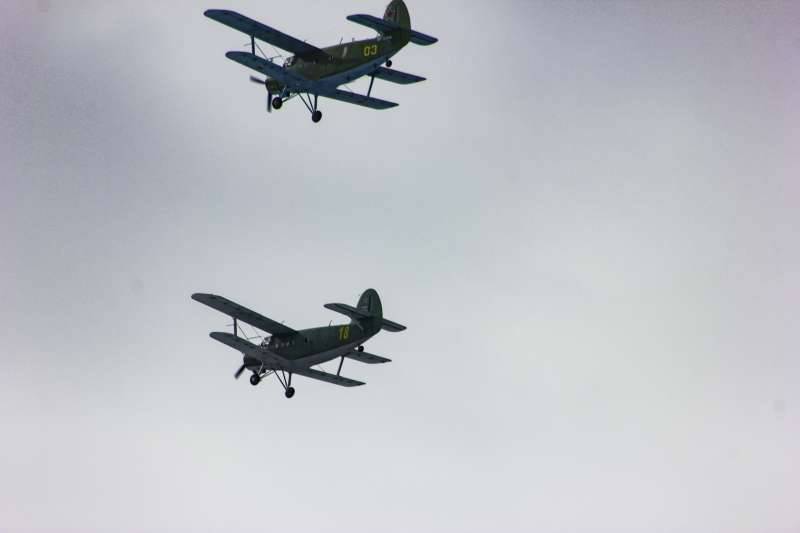 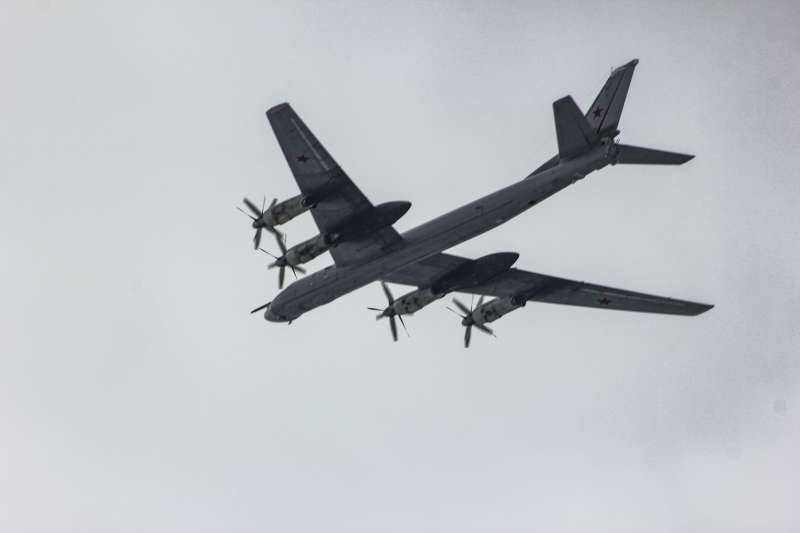 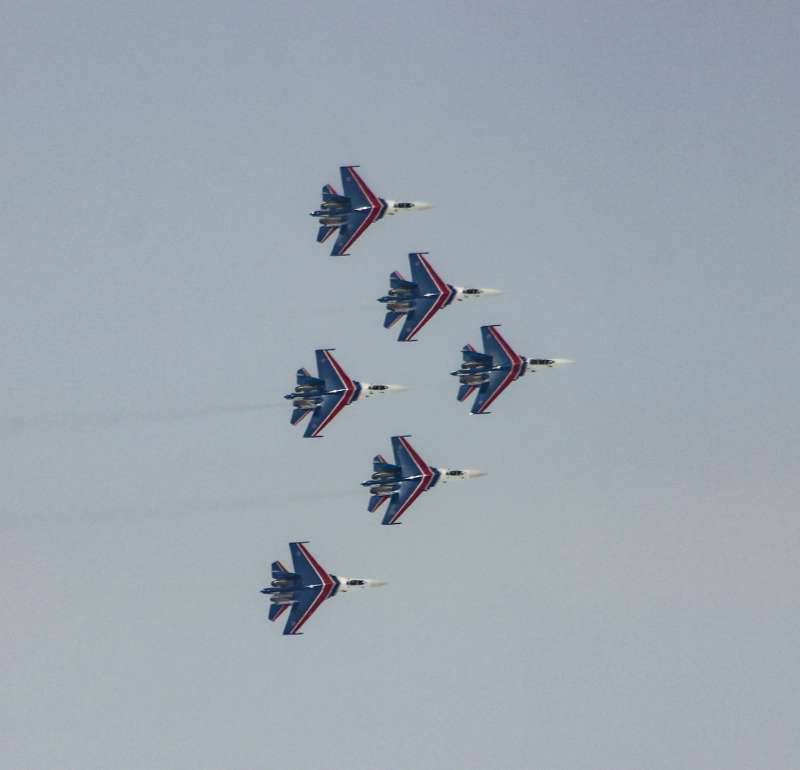 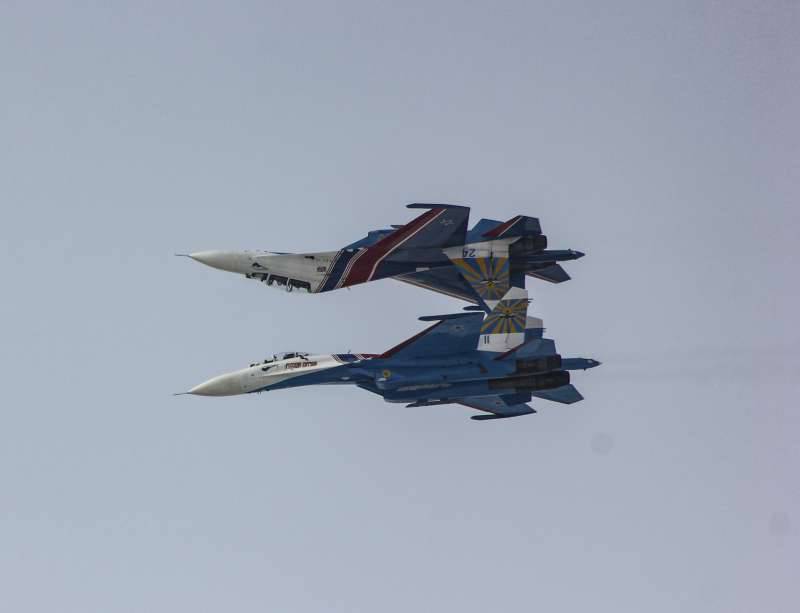 We talk a lot about patriotic education. We develop programs. We write articles and books. And it is right. But yesterday I saw a completely different approach. Truly army.

Here is a tank, here is a BMD, here is a fire engine, here is a rescue vehicle of the Emergency Ministry, here is a hovercraft. And here is a temporary border control post. And tracking equipment. Look, try it in action. Talk to the officer or fighter. Here they are. Want to feel like an artilleryman? Here is a howitzer. Fighters with pleasure will give "to pull for a cord".

Want to know what soldier food is? There are several field kitchens. Go get rations and eat. In soldierly manner. By the way, the soldiers that were involved in the event also ate there. That's where you had to watch. The mothers of the soldiers or the future soldiers were greatly surprised why the guys at all loads in six months gain weight. Power is.

Someone will say - commonplace. So do at all shows. I agree. But the whole thing is a complex approach and the absence of emphasis on something concrete. Look what you are interested. 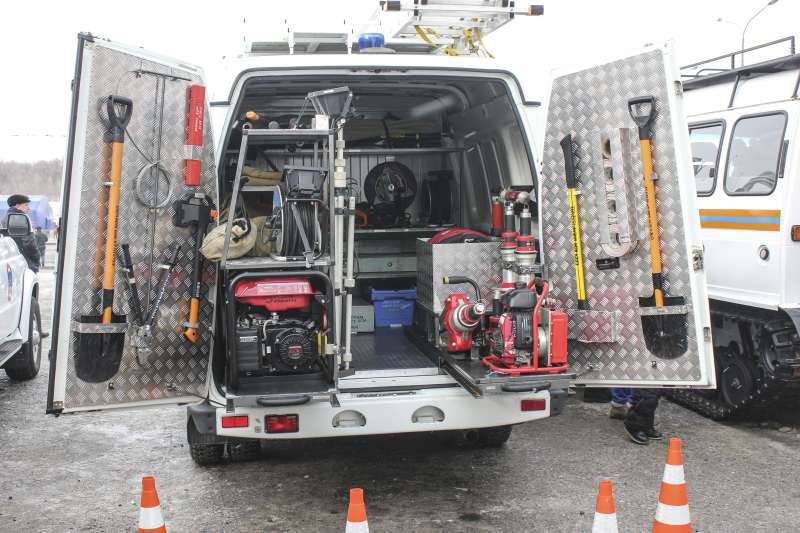 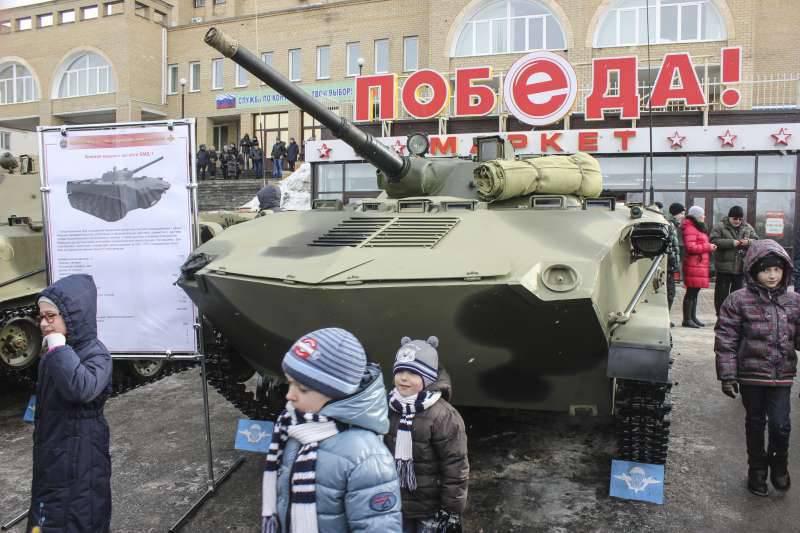 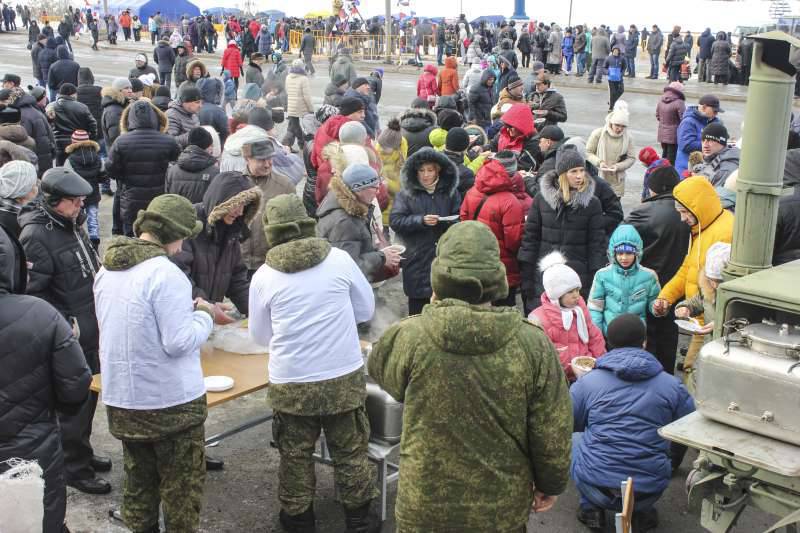 No matter how sad it is to realize, the army today is for many the only social elevator that can help change its social status, solve housing problems, and give decent wages. The depth of Russia lives harder than the center. And it is very important that the military understand this. It is in the outback one can find those who want to serve. Those who will serve "for conscience."

This, by the way, is one of the solutions to the problem of single-industry towns. The army also has the ability to move manpower reserves by region. And without investing in this special means. Enough of those that go to the creation of military camps.

Today I can not say how many guys will tie their life in the army after the event. Yes, and no one can. Someone will think it over. Someone on health will not be able to become an officer. Someone just will not pass the exam. But the fact that such young people will be sure. So, such activities are needed. When you see what they can do with aces 30-ton machine, you involuntarily sulk in pride in our army, in our country, in our people.