Is Germany tired of Europe? Chancellor Merkel did not support the plans of the head of the European Central Bank

March 21 2016
20
Last week, the attention of Europeans was focused on a two-day summit of EU leaders. Its central event was the action plan adopted in conjunction with Turkey to combat the migration crisis. The Europeans, annoyed by the uncontrolled influx of illegal immigrants, now expect that with migration to the continent, there will be order. Against this background, other issues on the summit’s agenda remained in the shadow. In particular, the meeting of EU leaders with the head of the European Central Bank, Mario Draghi. However, the discussion of the ECB’s monetary policy was held behind closed doors. The media got some results of this meeting. Chief among them - German Chancellor Angela Merkel did not support Mario Draghi’s plans to create a banking union in the EU. 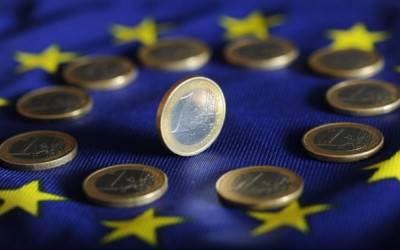 It is curious that four years ago (in the summer of 2012), when the idea of ​​a banking union in the EU was first voiced, Chancellor Merkel was her supporter. At that time, the head of the ECB was helped by the current chairman of the European Commission, Jose-Manuel Barroso. The union to its initiators was represented by the supervisory authority with powers of control over the activities of the largest banks in Europe. The interest of the European Commission was seen in the fact that a sort of pan-European bank reduced the national role in independent financial activity and, conversely, strengthened the authority of European officials.

For Mario Draghi, centralized control over banking was only part of the objectives of the ECB. Draghi no less expected to strengthen the protection of savings of Europeans through joint deposit insurance and to be able to directly recapitalize needy and troubled banks without long consultations with governments. Among other things, there was no need to look for borrowed funds in international financial institutions, such as the IMF. So Draghi hoped to reassure the EU financial market, which had not recovered from the 2008-2009 crisis.

After a number of meetings and consultations of European officials with the German government, Angela Merkel supported the idea of ​​a banking union in the EU, considering it appropriate in the medium term. Almost four years have passed, and now the German Chancellor has come out sharply against the new banking structure. What influenced the position of the German authorities?

Providing a medium-term perspective, the Germans hoped to create a banking union after stopping the threats caused by the debt crisis in Cyprus and in Greece. Subsequent events have shown that the crisis has only grown, affecting other countries in southern Europe. In Greece, it exceeded every conceivable scale and demanded investments of hundreds of billions of euros, mainly from the German economy.

Proku from this no longer. Greek debt increased from 89 billion euros in 2012 to 312 in 2015. At the same time, each tranche of financial assistance demanded new consultations, negotiations, agreements, the center of which was Germany - the main donor of European finance.

Debtors were pretty nervous about this, because the idea of ​​creating a pan-European bank in the form of a union, which would directly finance national banks if necessary, was liked not only by Greeks, but also by Portuguese, Spaniards, etc. They are certainly more comfortable with Degie, than German bankers, economists and the German government.

At the current meeting, Portugal insisted that the leaders of European countries make a formal commitment to determine concrete steps to create a banking union in the EU at the next summit scheduled for June. The initiative of the Portuguese was actively supported by many countries. But all outweighed the word of Angela Merkel.

German Chancellor opposed. The Germans are not at all smiling to provide a “joint insurance of bank deposits” to their existing load. Now Merkel does not stipulate his conditions for a vague medium-term perspective, but quite specifically: European countries must deal with their debt burden and increase financial stability. Without this, the Germans will not even discuss the creation of a European banking union.

In the European media, where they commented on the information leakage from the March summit, Angela Merkel’s decisive statement was tied to a large election campaign that began in Germany, where the ruling CDU had rather shaky positions because of the crisis with migrants. To add to this an additional financial burden on the Germans, it means that the elections will lose to the ground.

The argument is, of course, serious. Success in the elections was and will remain the main goal of politicians. And Chancellor Merkel is no exception. But the fact is that the European economy today, to put it mildly, is not in the best shape. A week before the summit of EU leaders, a meeting of the Board of Governors of the European Central Bank was held, at which they recorded a very sad situation in the EU: the recovery of its economy almost stopped, the stock market went into minus, deflation returned.

In this regard, the ECB took quite radical measures. He announced a reduction to zero level of interest rates on loans, to minus 0,4% - on deposits and to 0,25% per annum - on margin loans. Mario Draghi's favorite brainchild has undergone a change - a quantitative easing program. (Redemption of public and private securities due to the issue of the ECB.) The monthly volume of this program, starting in April, will increase from 60 billion euros to 80 billion.

This program was launched last January. Draghi then determined its scope and timeframe: infuse 1.1 trillion into the EU economy. Euro to September 2016. It was assumed that this would increase consumer demand and the stock market, accelerate growth rates and - to an acceptable level of inflation.

The Germans then actively protested, fearing a sharp decline in the euro. However, the threat of deflation and the concession of Mario Draghi in the form of the right to buy back securities in accordance with the quota of national banks in the ECB (it is the largest from Bundensbank) made the German authorities more compliant.

However, the dissenters remained. The Federal Constitutional Court of Germany consistently (in May, September and October) received three lawsuits against the country's government and parliament, which supported the ECB program. The names of the plaintiffs court (in accordance with their wishes) did not disclose. Only the chairman of the political party "Alliance of Progress and Breakthrough" Bernd Luke publicly acknowledged his appeals to the FKS.

The decision on claims has not yet been made, and the situation in the economy, in the meantime, is only getting worse. Not saved the situation even lower energy prices. Initially, they helped the ECB program to raise consumer demand, but then everything returned to their circles. In February, consumer prices fell by 0,2% compared to last year. The outlined deflation slowed down the growth of the economy. The stock market again went into negative. Problems added a low amount of investment.

On this not very favorable background, eurozone GDP, according to the British magazine The Economist, still remains below the peak 2008 of the year, while the US GDP is almost 10% higher than the pre-crisis maximum of eight years ago. The euro against the dollar fluctuates at low values ​​- within 1,12 and creates new problems for European banks and insurance companies. Faced with difficulties and the German economy. Last December, industrial production fell here and so far does not give much hope for steady growth.

The German media during the week, meanwhile, amicably discussed the problems of the Russian Crimea and even came to the smug conclusion that “Russia cannot afford the Crimea”. Although something else is obvious today: it was “not affordable for Germany” to bear the function of a European economic locomotive. This was confirmed by Chancellor Merkel, who avoided further integration in the EU banking community. It seems that Germany is tired of unstable Europe, and she herself has infected her sores ...

Ctrl Enter
Noticed oshЫbku Highlight text and press. Ctrl + Enter
We are
Results of the week. "Who will be the last to leave the composition of Ukraine is also debts!"Europe is attacking the US economic rake. Will Russia come on them?
Military Reviewin Yandex News
Military Reviewin Google News
20 comments
Information
Dear reader, to leave comments on the publication, you must sign in.