The collapse of the "Boeing" in Rostov. Black Saturday, 19 March March 2016 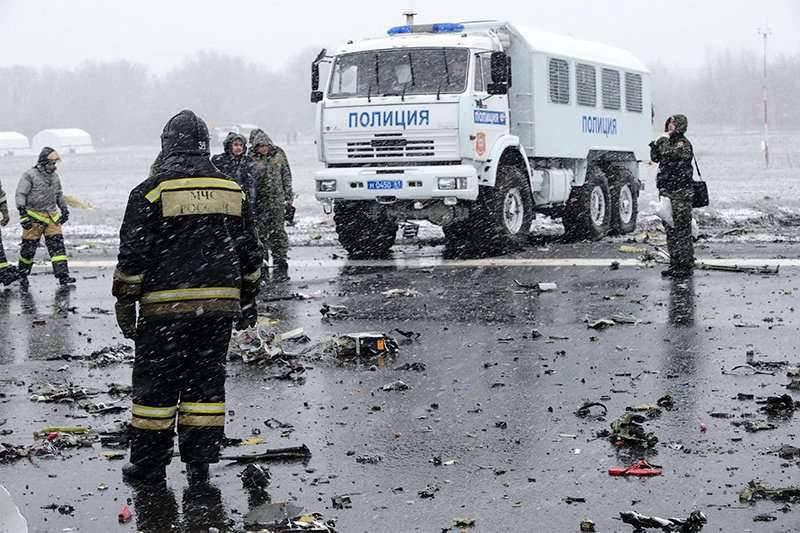 The third crash of the Boeing Company’s aircraft in Russia took about 62 lives (the exact number of casualties is not yet known). The first disaster occurred in the 2008 year (88 victims), the second in the 2013 year (50 victims). Total 200 people. The wines of the crews were recognized by the IAC in the last two cases. Representatives of the Federal Air Transport Agency published a special opinion, excluding the guilt of the crew, calling the steering fault the main cause of the disaster. The IAC prohibited the use of Boeing on the territory of the Russian Federation, but this ban was declarative, it existed only on paper.

This flight will be another topic for numerous informational messages. Thousands of people will talk and mourn. Just because only one person made a decision to land the plane in Rostov in adverse meteorological conditions. 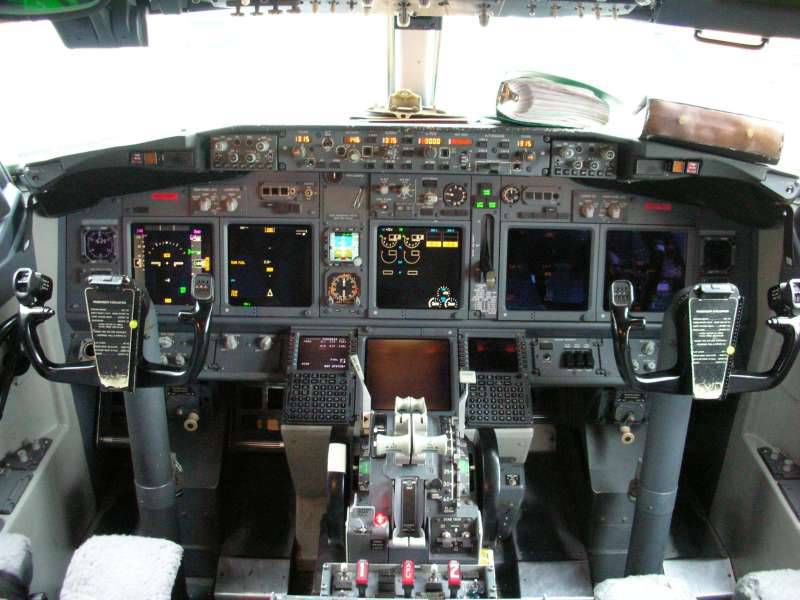 The picture shows the cockpit

Moreover, the Ministry of Emergency Situations of Russia in advance made sending SMS messages a simple Rostov team about a strong gale wind. I also received the following 18 March message in 15 hours 7 minutes: “A very strong southwest, west wind to 30 m / s is expected. An increase in the water level at the mouth of the Don River is expected. Wind surge in 100 cm is expected in Taganrog Bay ”.

All night it was raining rain. And the wind was so strong that in some places trees fell in the city, and in our small Rostov courtyard the wind howled and broke trees so that it became scary.

What can we say about civil aviationwhere information about upcoming weather conditions is crucial!

According to the Russia 24 TV channel, the lower limit of clouds during the catastrophe was at an altitude of 300-600 meters, the wind speed throughout the night was 12-14 m / s, while in some moments gusts were recorded to 17-18 m / with.

After the publication of negotiations between the pilot and controllers, it became known that the Rostov controller spoke to the pilot: “Wind 14, rushes to 19 direction 230”.

The plane was less than a third full. Passengers were just 55 people. In the modification of this type of aircraft the maximum number of seats - 189. These unfortunate people did not buy tickets for this flight; travel companies Natalie Tours and Ingosstrakh decided everything for them, preferring to work with economy-class airlines or low-cost airlines. By the way, representatives of travel agencies on the day of the disaster have already stated that they do not bear any responsibility, including financial responsibility. It must, it turns out, was additionally insured against an accident. And the passengers were only provided with medical insurance. Tour operators shifted all responsibility on the shoulders of the airline.

FlyDubai is a low cost airline (it started working in Russia in 2010), this is the name given to all budget companies, whose business model appeared on the Russian market in 90's and contains a few tough savings rules for passengers. In particular, in order to minimize costs, so-called “fast flights” were actively used when the plane arrives in the morning and flies in the evening, and the choice of an airfield is carried out using the same method - cost minimization: the least loaded ones are selected. Flight routes are also selected simplified. Even flight attendants here perform several functions: they clean the cabin, check in passengers, etc.

Crews of some airlines load their luggage themselves, and then sit down at the controls of the aircraft, spending several hours in the air. According to statistics, voiced by the newspaper Vedomosti, 14 hours in the air is a very good indicator for a medium-haul aircraft, a good indicator for the Russian market is 10-12 hours. The second European low-cost airline - EasyJet - had a 2015 raid 10 hours per day, and the Aeroflot group had an 9,5 hour.

On board almost all services are paid, even water. You can carry only seven kilograms of luggage on board, and if even a few grams of it are larger, the passenger will have to pay extra. It is on such petty, it would seem, additional payments, and not the petty, but the billionth business is being built.

Despite the difficult weather conditions, the aircraft landed at the Rostov airport, which was not officially closed. Moreover, some crews made the decision to fly to Krasnodar, while other Russian pilots landed and raised their planes in Rostov, whereas for a Cypriot commander working in favorable conditions, this landing was the first time he could not cope with it. The commander of the aircraft from the very beginning behaved more than strange. 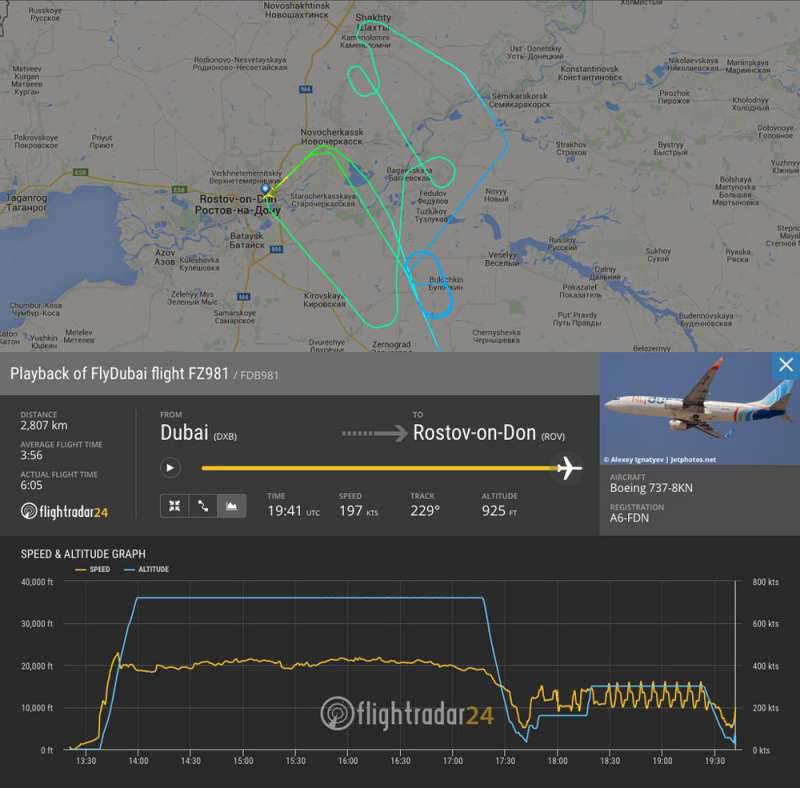 Flying over the territory of the Rostov region, for three hours he looped, making strange maneuvers long before the airport. According to Flightradar (here you can get data on the movement of the aircraft in real time), for about one hour, the plane made three circles in the Bagaevskaya village, between the cities of Novocherkassk and Shakhty, in the village of Bulochkin, Zernogradsk district. But, having finally flown up to Rostov, having become discharged again strange small circles, following the same loop. This happened within two hours. Then he went to land, dropped to 1500 meters, and then flew up to 4000 meters within a few seconds, while gaining speed. And then suddenly a stone falls to the ground.

It happened here, near, almost outside the window. The plane circled over the Rostov airfield for two hours, made about 10 circles, eyewitnesses say.

Local dispatchers appealed to all crew commanders, offering them to land in the neighboring Krasnodar region, where Pashkovsky Airport is equipped with two operating runways (2200 x 49 meters one and 3000 x 45 meters two). One of them can take a vessel with a maximum take-off weight of 63 tons, the second - 170 tons. The maximum take-off weight of the crashed aircraft is 78 240-79 000 kg. Maximum landing weight - 63 320 kg. So sit down and take off the plane could according to its technical characteristics in Krasnodar.

Of course, the captain got used to his airport in Dubai, which is equipped with completely different runways the size of 4000 x 60 meters. And the weather in Dubai is not the same as in Rostov. And here it is worth touching on the professionalism of the crew.

In determining the identity of the commander of the crew, Aristos Socratos, two significant causes of the tragedy were found out. This is the largest air crash in the whole history Cyprus and Greece - the collapse of the Boeing 2005-737 in 300, forty kilometers from Athens, as well as incomprehensible training of the captain.

It turns out that Sokratous worked as a pilot in his home country on Helios Airways before 2005, it was then that the company’s negligence of engineers who turned off the auto-seal of the cabin resulted in a plane crash that killed 121 people. Moreover, passengers earlier complained that they were cold in the cabin, but the representatives of the airline did not pay attention to it.

After this terrible disaster, the commission demanded that aircraft manufacturers evaluate the feasibility of installing a CVR, which records the entire flight.

It was also demanded that all negotiations during the entire flight be recorded.

And although his leadership says today that Socrathus was studying at the Oxford Aviation Academy, it does not say what kind of training program he attended. Such a high name of an educational institution does not speak about high-quality education only because the University of Oxford is primarily a humanitarian university in the UK, and piloting training is something applied, secondary, a tribute to time rather than knowledge. Judge for yourself: for example, one of the pilots training programs is designed for 16 months, and the other for 19 months. And you become a professional pilot - this is exactly what the aviation academy claims.

There would be much more victims if the commander of the crew missed: the airfield is tightly surrounded by urban buildings. 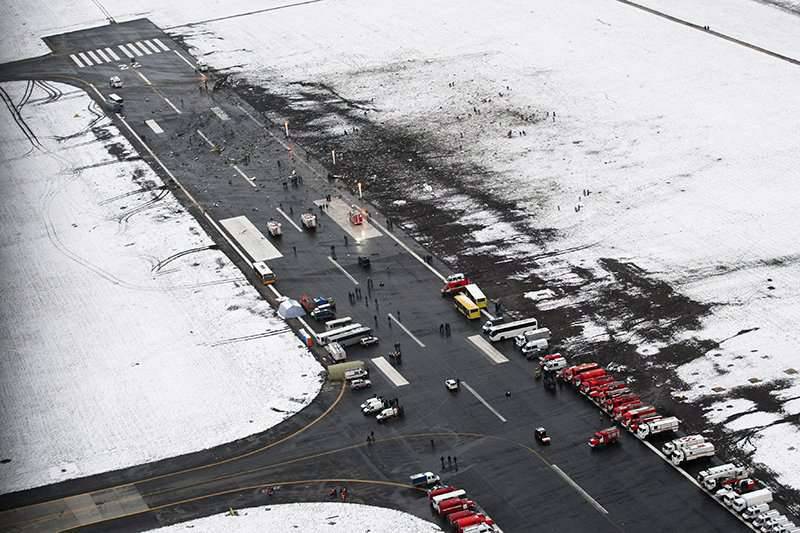 The plane did not even hit the runway (the length of which is 2500 meters, width of 45 meters), it fell aside, not reaching approximately 100 meters. At the end of the 90s, the airport was going to be moved outside the city limits, but due to the introduction of market relations, it was not up to large-scale nation-wide construction projects, and everything remained the same. True, today the authorities are actively promoting the project of a new airport, but its construction has not yet begun.

On the territory of Russia in 2008 and 2013. there were two major aviation accidents involving Boeing aircraft. And in all cases, the main culprit was found to be the crew of the aircraft.

September 14 The Boeing 2008 (owned by the Russian airline Aeroflot-Nord) failed to fly from Moscow to Perm and crashed to the ground about 737 kilometers from the airport in Perm. 11 people died. According to official data, "the plane fell due to a pilot error when landing the liner in manual mode."

17 November 2013 at the Kazan airport was almost the same weather as in Rostov: heavy rain, snow, wind gusts up to 15 meters per second. True, there tried to land a "Boeing" five hundredth series.

“The cause of the crash of the Boeing 737-500 VQ-BBN aircraft was systemic flaws in identifying hazards and controlling the level of risk, as well as the inoperability of the safety management system at the airline and the lack of control over the level of crew training from aviation authorities at all levels (Tatar MTU VT , Rosaviatsia), which led to the admission to the flight of an unprepared crew, ”the report of the Interstate Aviation Committee says. 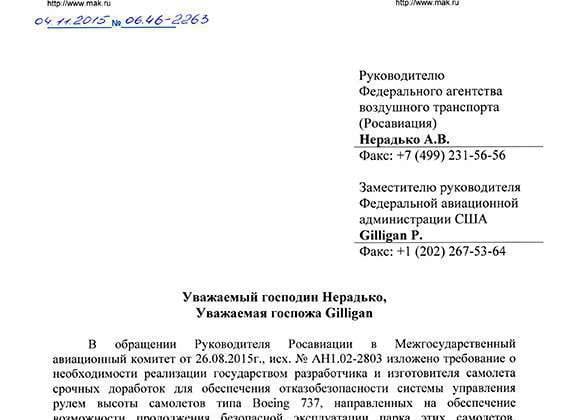 It's a shame that from year to year officials act according to the same scheme. Catastrophe. Analysis. Findings. And this happens not only in aviation, but also in other areas.

According to the pilot sniper Viktor Vladimirovich Grishin, who made more than 5 000 sorties under different conditions, there is one rule in aviation: “If there is no weather, then the final decision is made by the aircraft commander. So he accepted - to sit down in Rostov. And I had to fly to the alternate airfield, to Krasnodar. But these are firms! They do not want to spend extra money on flights, on accommodation for people, on additional fees, ”says Grishin.

A retired colonel, pilot Pavel Kirillov, was at one time engaged in investigating flight accidents and said that without receiving all the objective data about what happened, it is difficult for him to draw conclusions, and he will not give any comments because now there will be a lot of hunters turn generates a lot of rumors. Conclusions about the tragedy over the sky of Rostov can be made on the basis of black boxes, photo and video, eyewitness accounts, crew talks with dispatchers and with their management. 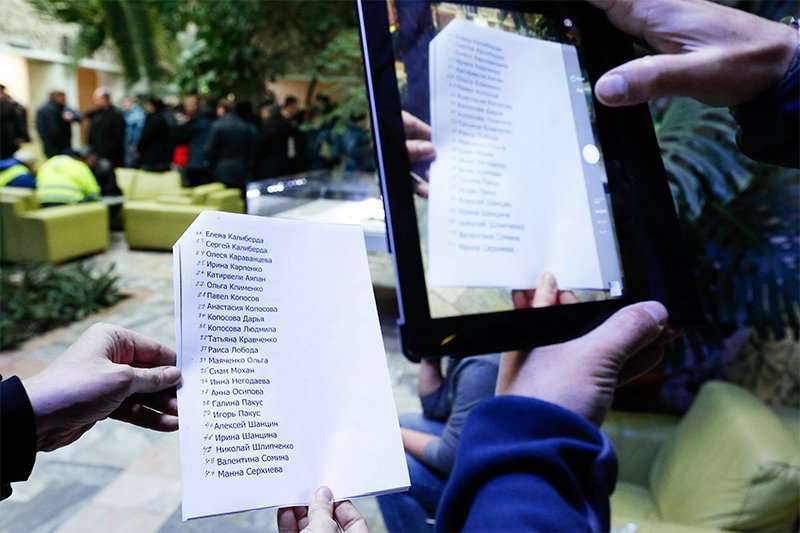 Many of them were accomplished personalities. How many times did Igor Pakus, who worked for many years in the legislative assembly of the Rostov region, attract the attention of journalists? Pakus was not only a professional in his field, but also a charismatic man, a real man. And what grief befell the kind and fair Valeriy Bevzyuk, who headed the neighboring Azov district and raised three children. His 27-year-old youngest daughter died with her mom. Left all of them pieces scattered across the runway. Working in the regional election commission, I had occasion to talk with Elena Chernova, the leaders of the territorial election commission of the Oktyabrsky district. They came to us, on the floor, on the fourth floor, told about their work. They lived. Oh my God! Who would have thought and imagined what grief will befall us all on that terrible Saturday morning, March 19, 2016. 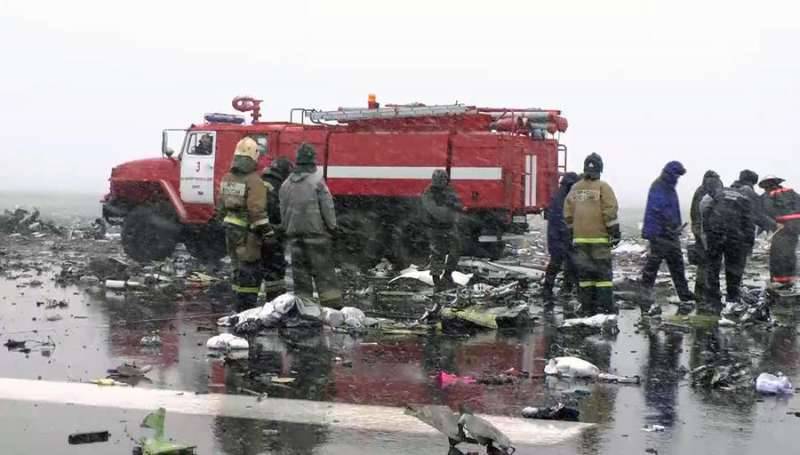 Ctrl Enter
Noticed oshЫbku Highlight text and press. Ctrl + Enter
We are
Results of the weekSituational analysis of the death of the MH17 flight (Malaysian Boeing 777), made on the basis of engineering analysis from 15.08.2014
Military Reviewin Yandex News
Military Reviewin Google News
177 comments
Information
Dear reader, to leave comments on the publication, you must sign in.