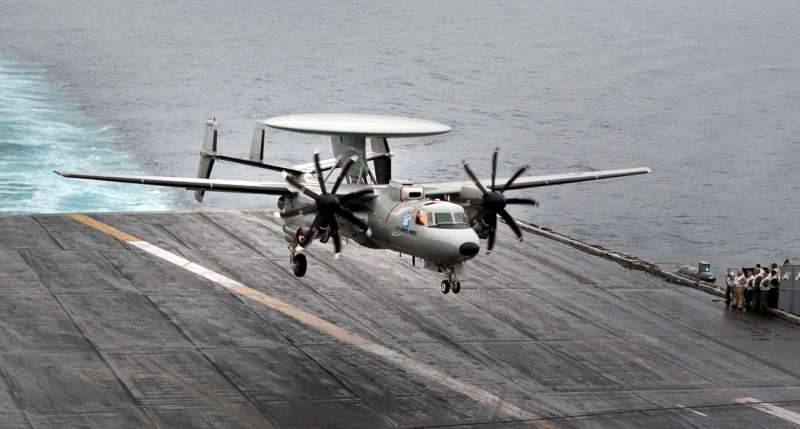 The incident occurred off the coast of Virginia.

The agency notes that "all the victims on the aircraft carrier" Dwight D. Eisenhower "are in a stable condition, two receive the necessary assistance on board the ship, six were taken to the hospital by helicopter."

The sailors were working on the flight deck while the E-2C Hawkeye was trying to land. However, according to the publication, during the landing itself, the aerofinisher (a system of cables acting as a brake mechanism) burst, which caused the injuries sustained by the sailors.

“The plane managed to pick up speed and resumed flying. He later landed safely at the Norfolk Naval Base. According to preliminary data, the aircraft crew was not injured, the damage to the aircraft was also not detected, ”the agency reported.

It is also noted that the command of the ship "temporarily blocked the e-mail service and other means of communication with the coast," in order to "compile a correct notice for family members of the affected sailors."