About spectral analysis in forensics

March 21 2016
12
For about twenty years, until the beginning of the nineties, the forensic medical expert-physicist Nikolai Sergeevich Saltykov supervised the republican basic spectral laboratory. It was located in the Lipetsk Bureau of Forensic Medicine.


Before you begin the story about the work of the laboratory - a few strokes to the portrait. Nikolai Sergeevich graduated from Voronezh State University with a degree in Optics and Spectroscopy. He was fortunate enough to carry out his thesis at FIAN, in the group of students and graduate students of the famous Soviet academician, Nobel Prize winner Nikolai Gennadyevich Basov.

After graduating from university, Nikolai Sergeevich returned to Lipetsk and began working at the Bureau as an expert physicist. The spectral laboratory was only being created at that time, and spectral analysis began to be effectively introduced into the practice of forensic medicine. The Lipetsk laboratory developed at such a rapid pace that, several years after it was created, it became a methodical center without any exaggeration and was identified as the baseline for the RSFSR.

It combined 12 zonal laboratories scattered throughout the country: in Leningrad, Kazan, Irkutsk, Novosibirsk and other cities. Contact between these laboratories was maintained constantly: they held general seminars and meetings of forensic spectroscopist experts at which analysis methods were analyzed in detail, especially difficult cases from practice. In other words, it was a single organism aimed at helping to uncover and prevent many crimes.

The equipment of the Lipetsk laboratory was one of the best in the country. Here were the instruments for carrying out almost all types of spectral analysis: luminescent, emission, absorption. There was even a mass spectrometer - a special device that allows you to identify and investigate a substance literally from several of its molecules. Photometers, various microscopes, including electronic, a large number of auxiliary equipment.

However, let us return to the spectral analysis. It is based on the fact that each chemical element emits or absorbs light of a certain wavelength. The goal of the spectroscopist is to make the substance radiate this energy, fix it and identify it. And this will allow to solve many problems, for example: identify metallization, identify objects by the elemental composition of microparticles, diagnose gunshot injuries, establish a shot’s distance, examine bone remains, find out a person’s age, the duration of death and many others.

Let us dwell on this moment.

A kind of chemical passport of a person - his hair and nails, because the chemical elements are held here much longer than in blood (you can set their duration in the body). The same can be said about bones, but in this case it turns out that the investigation can only be conducted - alas! - in cases of fatal outcome. Nikolai Sergeevich had a lot of them too. And very often it happened that it was spectral analysis that helped push the investigation to the right path.

... The woman literally died away, and the doctors could not establish the reason for this. Investigated her hair and nails. They turned a huge amount of lead. The answer was simple: the woman worked in the battery workshop of the enterprise. Hence the chronic lead poisoning. Now that the reason has become apparent, the woman was prescribed the right treatment.

... A case of criminal burning of a person, found a lot of burnt bone remains. They were in a bag and brought to the expert Saltykov. It was necessary to find out whether there are any individual signs that allow to determine the identity of the deceased. It turned out that the bones contained a surplus of manganese. People living in Lipetsk and the region had no such sign. The assumption was born that the deceased was a resident of another region, and for a long time he had to contact manganese compounds. The conjecture was confirmed, the deceased actually lived in the region where the manganese mines were located.

... Received a statement about the robbery of the pharmacy. Among the missing drugs was a barbiturate, which has a depressant effect on the central nervous system. Detained and the suspect, who discovered the same drug. However, spectral analysis showed that the suspect was the sodium salt of barbituric acid, while the pharmacy lost the potassium salt. The man was innocent.

... Once on the steps of the house they found the corpse of a woman who lived in the same house. At the temple - a triangular wound. Took blood for analysis - high alcohol content. Therefore, the version of the investigator was born instantly - drunk could not resist on the steps of the porch, fell, hit and died. It seems to be all logical. However, spectral analysis showed that the wound contains a high content of non-ferrous metals: copper, tin, aluminum and zinc. Where are they on the stone steps? It turned out that the woman died in a completely different place, and the wound had nothing to do with the steps. A thorough additional search made it possible to find the murder weapon - a flashlight. Soon they found the killer. It turned out that he had really hit a woman with this lamp, and then put her on the steps, hoping that alcohol would be found in her blood and death could be attributed to an accident.

Quite often, experts from other regions also approached Nikolai Sergeevich. So, near Voronezh light aircraft crashed. Characteristic failures have not revealed. Versions put forward a lot. In the end, a glass part of the aircraft cabin was sent to Lipetsk for analysis. Nikolai Sergeevich was able to identify an extremely small amount of foreign matter. In his study by the methods of spectral analysis, it was possible to prove that this is the blood of a bird. That's it...

It should be said that in the Soviet times, they did not advertise disturbing information.

Once at a seminar on injuries resulting from an accident, the lecturer (representative of the Research Institute of Criminalistics), announced the figure - the number of road injuries fatal in the RSFSR for the year. It was a very big number. The lecturer warned those present that she was not subject to publicity. And he explained: you can not communicate the facts that can provoke panic.

Meanwhile, by the end of the eighties, crime was slowly growing. Significantly increased the number of crimes committed while intoxicated. These are murders, work accidents, and the administration of various drugs, and even children's deaths. Often it was necessary to determine the duration of death, the age of the dead.

A man turned to Nikolai Sergeevich, for unknown reasons his skin darkened, especially on his face. The man has already asked for help from the doctors: the examination showed that he was healthy and even coped with a stomach ulcer that he had previously had.

Nikolai Sergeevich took the hair for analysis. And it turned out that in them ... there is silver, and a lot. It turned out that several years ago the "injured" advised him to treat the ulcer with silver water. He zealously took up the treatment. Water helped to cope with the ulcer, but silver accumulated on the surface of the skin and the victim, as it were, “manifested” under the influence of the solar ultraviolet. As they say, everything is good in moderation ... 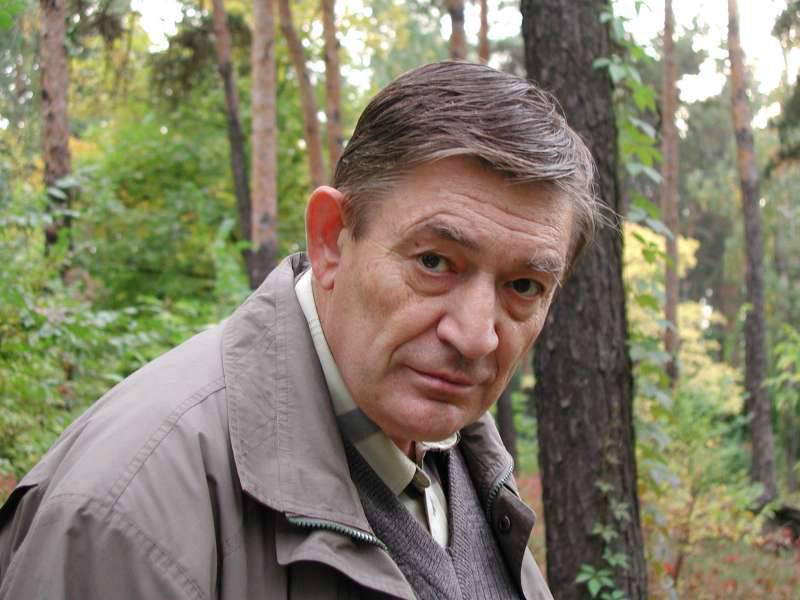 Today, Nikolai Sergeevich is working in the Lipetsk State Technical University at the Department of Chemistry. Introduces students to the methods of spectral analysis. Together they carry out a variety of studies: land, soil, plastic waste, even animal hair or feathers. But this is a topic for another material.