In the US, the computer did not allow to conduct tests for the noise of shooting operational-tactical missile artillery system HIMARS

March 18 2016
110
Informational portal Military.com reports on an emergency situation at the Yakima training ground of the Lewis-McCord military base in preparation for testing the operational-tactical missile-artillery system HIMARS. The situation is connected with the fact that the tests were urgently stopped by a computer system. Specialists involved in the conduct of shooting, began to find out why the computer blocked the test activities. 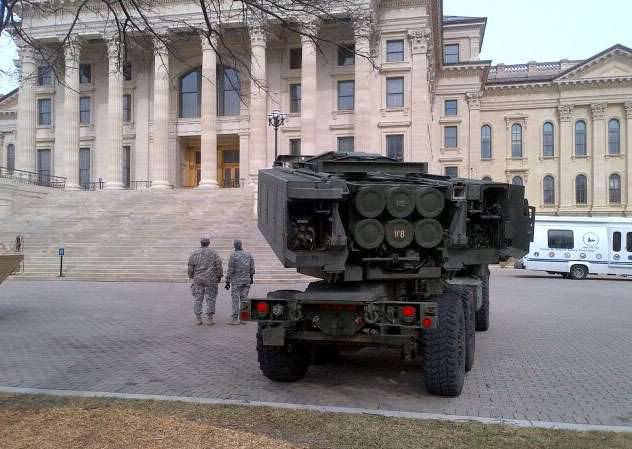 After checking the data of the computer system, it turned out that the car imposed a ban on shooting due to the fact that it considered the number of trees growing in the immediate vicinity of the landfill to be too large. According to the "version" of the computer, the presence of a large number of trees reduced the effectiveness of using the operational-tactical missile-artillery system to a minimum. Deciding that there is still no practical sense to shoot, the computer system and gave the command to a complete ban on testing.

It should be noted that the HIMARS tests at the Yakima test site of the Lewis-McCord military base should have been conducted to assess the noise level that the system creates. The fact is that residential areas are located in the immediate vicinity of the base, and knowing the noise level is extremely important.

It is not reported yet whether the test team will be cutting trees or will conduct “explanatory work” with the computer.