Descent of the submarine "Veliky Novgorod" on the water. Photo by Admiralty Shipyards JSC

March 18 2016
94
Enterprise Information Service "Admiralty Shipyards" announces that the fifth diesel-electric submarine of the 636.3 project, Veliky Novgorod, was launched in St. Petersburg. The event was attended not only by representatives of the manufacturing company, but also Deputy Commander-in-Chief of the Russian Navy, Vice Admiral Alexander Fedotenkov, as well as Vice Governor of the Northern Capital, Sergei Movchan. 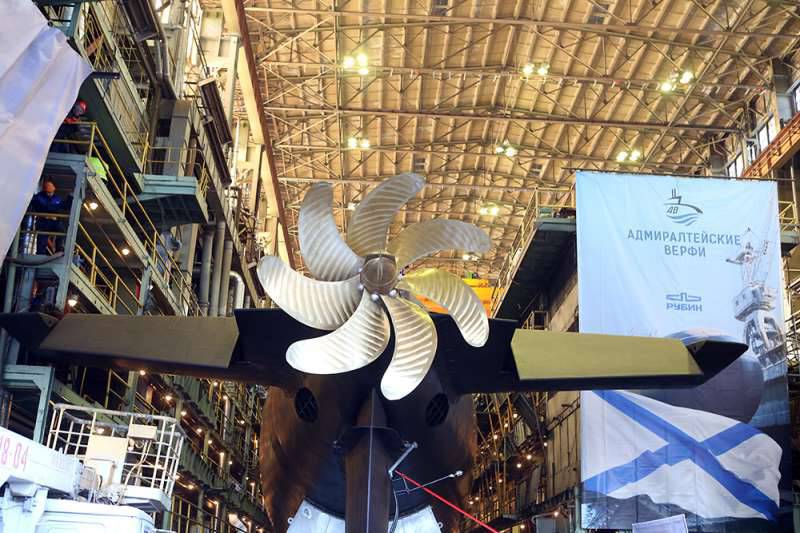 From the report of the deputy head of the Russian Navy:
Today is a wonderful day, thanks to the Admiralty shipyards, in fact, the underwater forces of the Black Sea have been restored fleet. Four submarines have already been commissioned, and are solving combat tasks in all areas of the oceans! We are launching today the fifth submarine of the Veliky Novgorod project for the Black Sea Fleet 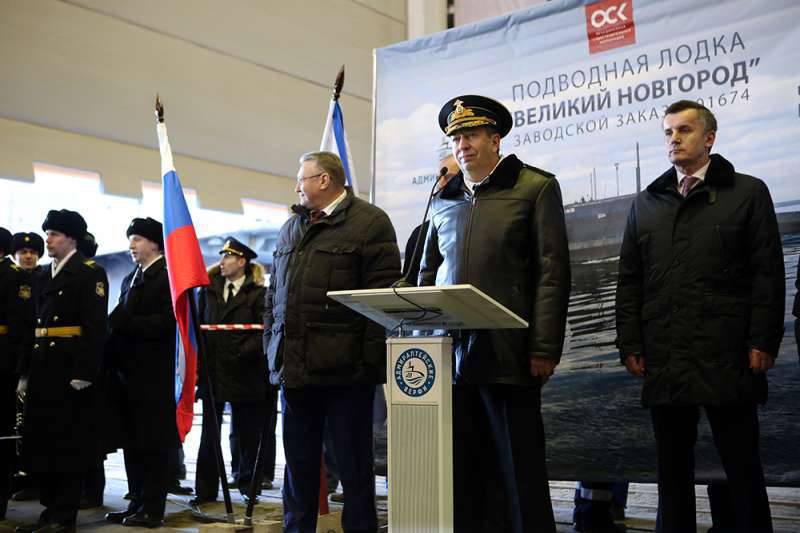 General Director of JSC "Admiralty Shipyards" Alexander Buzakov:
It is symbolic that this ship was laid on the 310 anniversary of the Admiralty shipyards, and launched on the eve of the 110 anniversary of the creation of the submarine forces of Russia. In December last year, a salvo launch of combat missiles from a submerged position on ground targets from the Rostov-on-Don submarine was made, all targets were hit, which was a real confirmation of the combat effectiveness of the ships of this project. This year we are completing the construction of the series, and I am confident that we will fulfill all contractual obligations clearly. 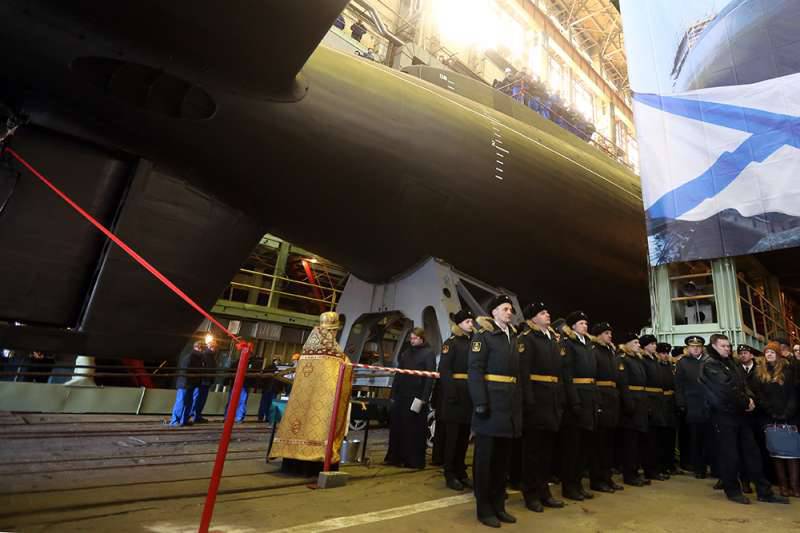 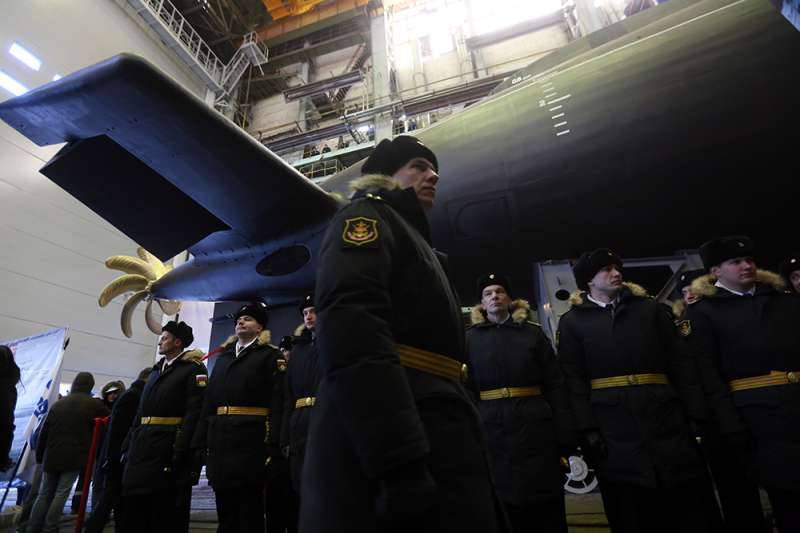 The submarine "Veliky Novgorod" was laid in October 2014 of the year. It should be recalled that all six ships of this project (the sixth submarine is named “Kolpino”) receive their names in honor of the cities of Russia bearing the title “City of Military Glory”.

The sixth submarine of the 636.3 “Varshavyanka” project is scheduled to be launched in May of this year.

Ctrl Enter
Noticed oshЫbku Highlight text and press. Ctrl + Enter
We are
The action “Military service under the contract is your choice!” In Rostov-on-Don: future contract servicemen, exhibitions and “Russian Knights”"Admiral of the Fleet of the Soviet Union Gorshkov" of the 22350 project - transition from St. Petersburg to Kronstadt
Military Reviewin Yandex News
Military Reviewin Google News
94 comments
Information
Dear reader, to leave comments on the publication, you must sign in.