March 21 2016
79
As noted in the publication of The Wall Street Journal, the rise in oil prices in the world may exceed some expectations. It is believed that the main cause of falling oil prices is the imbalance of supply and demand: the second is greater than the first. However, now it turned out that almost half of the oil unclaimed by buyers is a statistical error, that is, these barrels can exist only on paper. 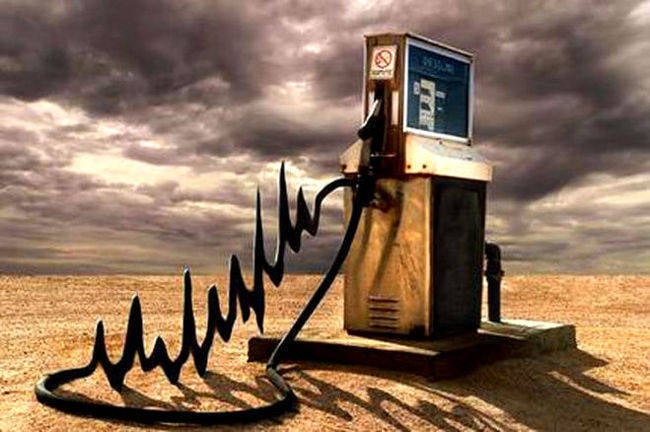 Influential Edition "The Wall Street Journal" warns of the possibility of a major statistical error related to the volume of crude oil supplies to the world market. A daily “mistake” can be up to 800.000 barrels.

According to journalist Georgi Kantchev, the “unaccounted-for-oil” figures have reached the highest level in the last 17 years. Apparently, oil accounting is “a science that is far from perfect.” Somewhere in the very "heart" of the oversaturated world oil market there is a "mystery".

In the 2015, statistics “lost” on 800.000 oil barrels every day. These barrels are "missing". At least, this is indicated by data from the International Energy Agency (IEA), which monitors the crude oil market and collects data on supply and demand.

Are there any lost barrels? The observer believes that the answer to this question may be “the key to the oil market”, which “remains under pressure” due to the glut of oil.

Some analysts have suggested that barrels "may be located in China." Others believe that the claimed barrels are a product of “incorrect accounting”, and they “do not really exist.”

But if they do not exist, then the excess supply, due to which oil prices have reached a ten-year low, can recover, and much faster than expected so far.

The barrels “disappeared without a trace before,” reminds the journalist, but it was precisely last year that the “unaccounted-for-oil indicator” rose to the highest level in the last 17 years.

Managing Director of the investment bank "Tudor, Pickering, Holt & Co." David Purcell says that if there are really no “missing barrels”, then it means that the oil market has “sank” too much, and oil prices may rise rapidly.

Last year, according to the estimates of the same IEA, on average in the world oil supply by about 1,9 million barrels per day exceeded demand. Of these raw materials, 770.000 barrels were located in onshore storage facilities, and some more 300.000 barrels were in transit to the sea or pumped through pipelines. It turns out that approximately 800.000 barrels every day "went missing" (in the data). World oil shipments at the same time amounted to about 96 million barrels per day.

In the fourth quarter, the number of “missing barrels” reached as much as 1,1 million barrels per day, or 43% of the estimated excess supply during the specified period.

The journalist recalls that the IEA compares data on supply and demand collected around the world, and its monthly reports often influence the movement of prices.

The last time the number of “missing barrels” was as high in 1998 year. The US Congress showed concern about the inconsistency of statistics with actual figures. Senators asked the government to contact the independent Accountability Office serving the Congress in order to examine the IEA data. The agency noted in its report that “statistical limitations can lead to errors in the data, although the magnitude and direction of these errors are not clear.”

“The most likely explanation for most of these missing barrels is that they simply do not exist,” said expert Paul Horsnell, Standard Chartered oil analyst.

Other analysts point out that collecting oil data is a pretty difficult matter. In addition, demand data is derived from the model, rather than from actually measured supply, and is often substantially revised. This is stated in the analytical note of the investment bank DNB Markets, the article says.

More than half of the global oil demand is provided by non-OECD countries, and there the statistical data collection is “not so well developed”. “We suspect that, thus, the demand in non-OECD countries is in fact significantly higher than the IEA reports,” experts say.

Petroleum statistics is an “imperfect science,” believes Rob Hayworth, a senior investment analyst at US Bank. In his opinion, regardless of whether these lost barrels are real or not, a global surplus of oil will still affect the market.

Meanwhile, the topic of rising oil prices in recent weeks has become very popular in the media. From 8 to 18 in March, the price of the Brent variety steadily keeps within 39-41 dollars per barrel. However, the “curvature” of statistics, about which it became known quite recently, could not affect the market in early March and even more so in late February.

The evening of March 16 on site RBC The opinion of Citigroup analysts, who explained the reasons for the recent price hike, was quoted.

The article states that from mid-February to mid-March 2016, the cost of a barrel of Brent crude oil rose from approximately 30 to 40 dollars. According to Citigroup, the price increase was not due to the decision of Russia and OPEC to freeze production and after the shutdown of pipelines in Iraq and Nigeria. According to analysts, these violations deprive the world market of at least 800 thousand barrels of oil every day (about 1% of world production).

The publication reminds that since mid-February, the operation of the oil pipeline from Kirkuk to Turkish Ceyhan has been practically stopped in Iraq. February 16 unknown persons undermined the pipeline, whose throughput is over 600 thousand barrels. per day.

February 14 unknown persons undermined a submarine oil pipeline in Nigeria, leading from the Vorkados field to the oil terminal. An oil slick formed along the coast. Shell, the production operator, decided to suspend production. Later, the Minister of Oil of Nigeria said that the restoration work could last until mid-May. In addition, until the beginning of March, a national strike of oil industry workers took place in the country, which also affected the level of production.

To summarize If the gentlemen of statistics from the International Energy Agency or their colleagues from some "independent agencies" serving the US Congress, do not detect the "missing" barrels of oil, market speculators can begin an active game to increase. This will lead to an increase in oil prices.

On the other hand, with the restoration of oil pipelines and the production of oil in Iraq and Nigeria (the latter is expected not earlier than May), the price of oil may drop.

The fact of the daily “loss” of 800.000 barrels of oil is very interesting not only on its own, but also because it came in the next crisis of the oil market, very similar to the one that was in 1998 year. That year, "observers" in the United States also reported an equally high number of "missing barrels."