Bloody Spring of the Libyan Jamahiriya 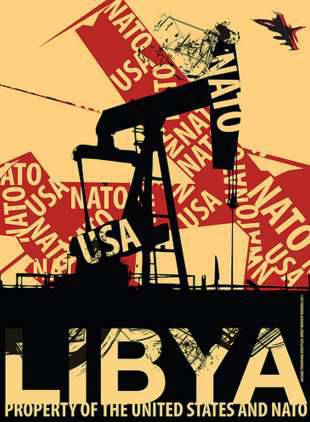 To turn even fair protests into puppet pseudo-revolutions - the American political consultants mastered this art to perfection. A young Tunisian, a vegetable dealer, burning himself, did not know that his deed would serve as the first pebble in the giant deadly avalanche of the so-called “Arab Spring”. And then the fire will spread to Egypt, Libya and other countries.


For Libya, the consequences were the worst. Five years ago, direct aggression by the United States and the monstrous NATO bloc began against this country.

The bombing of Tripoli, Benghazi, Ajdabiya, Sirte, Marsa El-Bregi and other Libyan cities began on March 19 on the 2011. But I would call the beginning of the March 17 aggression in March - when the UN Security Council resolution No. 1973 was adopted. It was this document that triggered the attack on a sovereign state.

The draft resolution was submitted by the United States, Lebanon, Britain and France. It was approved by 10 countries - permanent and temporary members of the UN Security Council. Five states - Russia, China, Germany, India and Brazil - abstained. Unfortunately, no one had the courage to vote against.

Before the adoption of the resolution by the world media, the corresponding information background was created. They told about the "people's revolution" and its suppression, about the "atrocities of the Gaddafi regime" and "shootings of peaceful demonstrations." And - oh, horror! - Demonstrations allegedly "shot from helicopters!" So, you need to enter the no-fly zone! So the case was presented.

Most of all, France led by Nicolas Sarkozy insisted on aggression against the Libyan Jamahiriya ...

Less than two days after the adoption of the resolution on the “protection of civilians” and the “no-fly zone”, the French bombers were the first to bomb Libya. And on the very first day, not only military facilities but also residential areas, hospitals, schools, cultural centers came under fire ...

Without any investigation, the Libyan authorities were declared guilty of all the disturbing events that the Arab Spring brought to the country. Leadership led by Gaddafi was blamed for "gross and systematic violations of human rights", "enforced disappearances, torture and summary executions", "acts of violence and intimidation", "widespread and systematic attacks on civilians".

All this unimaginable information noise, prior to the adoption of the resolution, was designed precisely for quick effect. Urgently convene a meeting of the UN Security Council, just as urgently prepare for a military operation. Because the delay threatened with the fact that the refutations of the one-sided interpretation of the events could have gone. Because the voice of those who accused the opposition of destabilizing the situation in the country, pogroms, violence, murders, attacks on soldiers, policemen, as well as civilians, could also be heard. It could have broken through to the international level that the Libyan authorities did not use force against certain “peaceful demonstrators”, but against terrorist gangs.

Further well known. The UN Security Council Resolution No. XXUMX was ultimately ruined - NATO countries bombing Libya, at first cowardly covered themselves with it like a fig leaf, and then began to bomb everything, killing civilians (which, in theory, should have been protected).

In the end, the direct ban on “the possibility of foreign occupation forces in any form on any part of Libyan territory”, contained in the resolution, was violated. We will not soon find out the whole truth about how exactly the capital of Jamahiriya, Tripoli, was captured in August of the same 2011 of the year. But immediately it was clear that there could not have been without a foreign military.

The NATO operation ended with the assassination of Libyan leader Muammar Al-Gaddafi. All the true fault of which was only in one thing - he had the imprudence to lend Nicolas Sarkozy a large sum of money ...

This kill will come in history as one of the most cruel. Before killing, the wounded leader was tortured for three hours. Then his body, as well as the body of his son Mutassim, were put on public display in the city of Misrata. The brutal "democratic rebels" lined up to mock the dead. And Western politicians represented all this unimaginable horror "the victory of democracy over dictatorship."

Five years have passed. Recently, a statement from Gaddafi’s daughter, Aisha, appeared. Having received political asylum in Eritrea, she called on the Libyan people to resist the NATO invaders and ISIS terrorists. 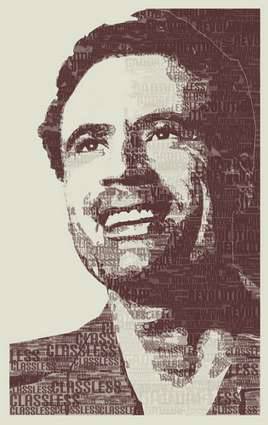 At the same time, the mouthpiece of Western propaganda, the BBC, unveiled new shots of the massacre of the wounded Muammar Al-Gaddafi. True, nothing particularly new can be seen on them - again all the same barbaric execution, just taken from a different angle. In these shots, Gaddafi, exhausted, covered in blood, shouts to the executioners: “Shame!” (True, some media wanted to humiliate the deceased again and lied, as if he asked for mercy).

Now the Libyan Jamahiriya has ceased to exist, and the “new Libya,” about which they have spoken so much in the US and other NATO countries, has in fact been turned into the base of the ominous organization of ISIS.

Only one thing can be learned from this terrible lesson in the bloody Libyan spring: concessions to the West lead to a sea of ​​blood, to lawlessness, to the triumph of evil ... And if Russia then, 17 March 2011, did not make a concession and vetoed most likely, China) - maybe today the Libyan Jamahiriya would be not only our ally, but also a key state in the East in the fight against ISIL.

And now the beautiful state with unprecedented social guarantees for the people lies in ruins. Gaddafi supporters are either in basements or shot long ago. And somewhere in the sands he is secretly buried, whose ideas will not disappear, but will still sprout green sprouts ...