A fight with a shadow. Innovators and Conservatives 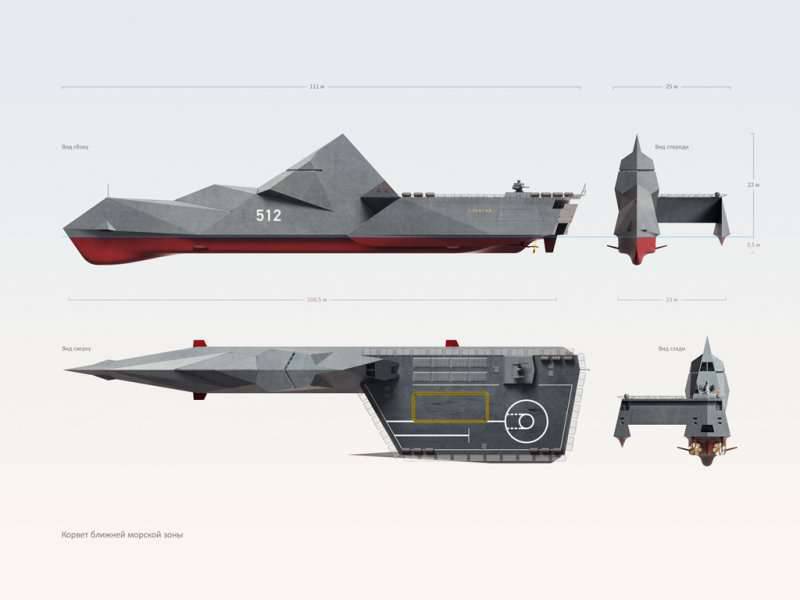 Remember that the ark was built by an amateur. Professionals built the “Titanic”.

Any work is easy for a person who is not obliged to perform it, therefore this number of inventions belongs to enthusiasts. While the generals are preparing for the past wars, and graduates suggest rejecting “high technical risks,” these people are making progress.

"Everything that could have been invented has already been invented," - Said Charles Dewer, an official of the US Patent Office (1899).

Do you remember what the American generals replied to Hyrum Maxim? “Your Maxim Gan is just an impractical toy.”.

Conjuncturists and careerists of all stripes spoiled a lot of useful projects. But miscalculations on the military had especially grave consequences navythat cost the lives of thousands of sailors.

Only true professionals could come up with the concept of the British battlecruiser. Virtually unprotected “tub”, which was to breastfeed on a machine gun fight on equal terms with dreadnoughts. As compensation, measures of active protection were proposed, in the form of increased speed (on 5 nodes compared to conventional LC).

Well, they got their way.

On the left - “Derflinger”, on the right - British “Invincible”

Fate had kept these ships for the time being, but Jutland became the hour of truth for them. One by one, Queen Mary, Invincible and Indifatible took off. Due to the instantaneous death of the British LKR, only a few of the crew managed to escape. Losses varied from 1026 people. on “Invincible” to 1266 on “Queen Mary”.

Needless to say, of all the heavy ships of the British, only three LCRs have fallen victim to the battle? 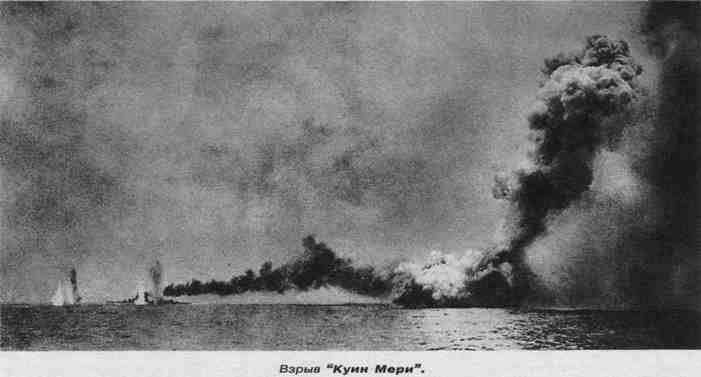 Practice has confirmed the obvious absurdity of the idea of ​​“speed in exchange for security.”

What was the thought of the one who initiated the construction of “Invincible”? To quickly "push through" the project and put part of the profits in your pocket. What else to think in such positions?

However, that we are all about the British ...

His degenerates were in the Third Reich. The designers of “Blom and Foss” have managed the impossible. With all the necessary tools, modern industry and a wealth of experience in designing large ships, they managed to build the worst heavy cruiser of the pre-war years. The fascists were lucky that they did not fall under the action of the Washington restrictions. Otherwise, their creation could simply not get off the stocks.

Being 1,5 times larger than the “Washingtonians,” the cruiser “Admiral Hipper” was not distinguished by firepower and had the worst security among all American, Japanese and Italian heavy cruisers. In addition, German excrement (not to be confused with experiment!) Had a unique feature. He was falling apart on the move, forcing him to have on board a couple of hundred civilian mechanics, electricians and engineers, bringing the Hipper crew to incredible 1800 people!

The Britons and the Germans were not alone.

An annoying mistake made samurai. Someone from the sons of Amaterasu offered to place oxygen in the unprotected areas on the upper deck of the 24 oxygen “long lance”. Each torpedo contained 490 kg of explosives and a 980 liter cylinder with pure oxygen. As a result, a single hit guaranteed turned the cruiser into a flaming wreck. Thanks to careless storage, the Long Lance caused more damage to the cruisers of the Imperial Navy than to their opponent. 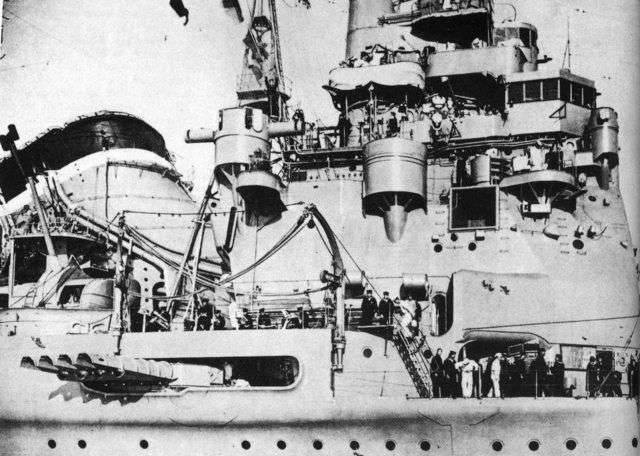 In the design of ships, everything is subject to the requirements of ensuring seaworthiness, stability and other equally important parameters. Extra weight come from nowhere. But the open storage of oxygen torpedoes is something. With such success, you can abandon the cellars and barbets, simply pouring shells on the deck next to the tower.

With a total displacement of 15 thousand tons, the Japanese did not have an additional hundred tons to protect the TA and torpedoes. An important, deadly element of the structure was left in the open, without any protection. And you say: specialists ... 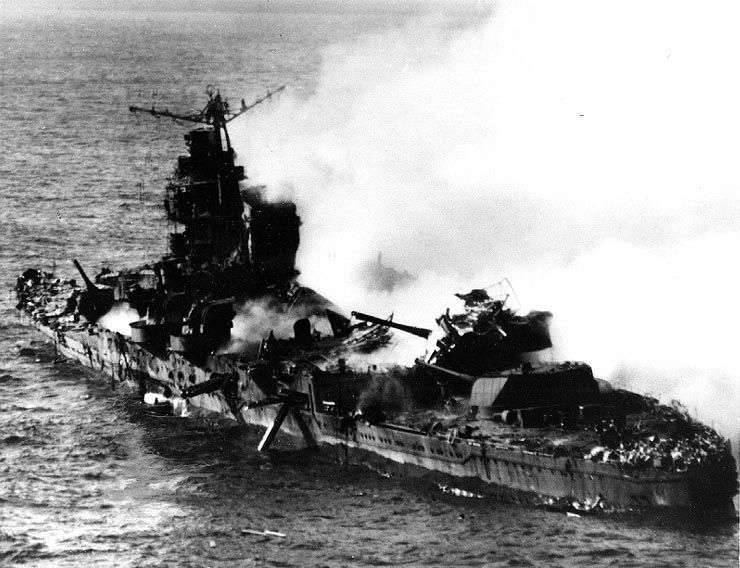 An insane decision cost the lives of Furutake, Mikume, Chokai, Suzue and thousands of their sailors. The only one who was lucky was the heavy cruiser “Mogami”. A couple of hours before the battle, his crew threw all the torpedoes overboard, which made it possible to survive and return to base.

While the Japanese were experimenting with their torpedoes, the French and Italians entered the merciless race for speed. The parameter is important, but not the only one. And no one paid attention that in practice the speed in most cases is determined by the weather, the state of the sea surface, as well as the resource and quality of those. maintenance mechanisms. Therefore, in practice, the promised 40 nodes may not be there. And then it will become clear on what the designers saved: the strength of the power set, seaworthiness, survivability and the composition of the ships' weapons.

After the war ended, their worthy successors replaced the ingenious creators of Invincible and Hipper.

Those who built Sheffield, which burned from an unexploded rocket. Explicit absurdity? And some thought seriously.

Another time, Yemeni barmalei dragged a concrete mixer and mixed 200 with a kilo of ammonium nitrate with aluminum powder (far from the most effective explosive, with a detonation speed of about 4 km / s). They brought the bag to the USS Cole and sent all the infidels to Satan. As a result, not the strongest explosion outside the side of the superspirant for $ 1 billion dollars completely out of order. Neither the local Kevlar defense nor the automatic damage localization system saved it. The hull turned. The loss of the crew “Cole” were equivalent to the losses on the battleship “Eagle” (withstood 76 hits). 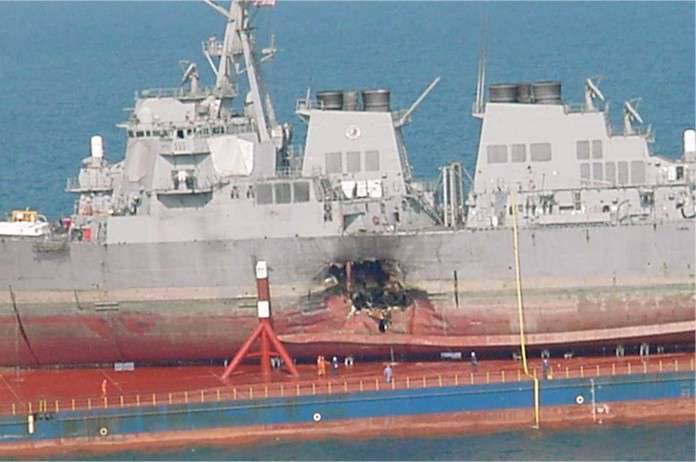 And now, when the question is about increasing the security of ships, supporters of the traditional approach propose to seek advice from the creators of “Sheffield” and “Cole”! Yes, you might as well consult a housewife.

Those who designed and those who ordered such ships did not think about anything except personal gain. Traditional approach, minimum technical risks, maximum profit, minimum costs, displacement reserve, the ability to solve all problems in the simplest way.

That's what drives these people. Romance is not there.

In order not to be branded as a militant amateur, it is worth recognizing that any innovation requires careful calculation in its implementation. In particular, this concerns the conversation about the return of armor to ships. The author deliberately does not make bold predictions. Within a series of articles, he indicated only the potential for such a solution and the possible benefits. All further calculations should be carried out by people whose job responsibilities include such tasks. Existing conclusions are drawn from numerous historical examples. If in doubt, turn to the creators of Tone and Mioko, bulky armored ships that could not exist by today's standards.

Enthusiasm does not mean total ignorance. To draw any conclusions, it is necessary at least to get involved in the question and to understand this problem. Finally, common sense and incomprehensible eternal logic. However, all this fades against the incompetence of many "experts". For various reasons, they either have no time or are not at all interested in what they have devoted their lives to. Asking their opinions is useless. They are busy with routine work and are confident that the initiative can be punished. Not to mention the notorious “generals that are preparing for past wars” or “effective managers,” whose only task is to generate profits.

The text was used Kars'a ideas.

Ctrl Enter
Noticed oshЫbku Highlight text and press. Ctrl + Enter
We are
The cruisers of the 68 bis project: the Sverdlov missions in the post-war fleet of the USSR. 3 partThe battleship of coastal defense "Admiral General Apraksin"
Military Reviewin Yandex News
Military Reviewin Google News
140 comments
Information
Dear reader, to leave comments on the publication, you must sign in.