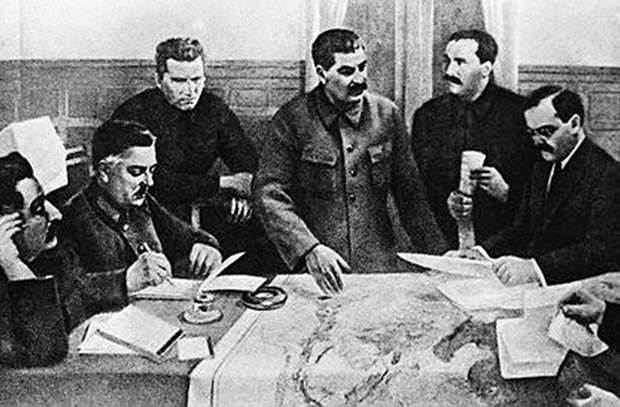 18 March 1946 was signed by the Law “On the five-year plan for the restoration and development of the national economy of the USSR for 1946 – 1950 years”, which ensured the restoration of our war-torn economy in the shortest possible time.

The fighting 1941 – 1945's caused the greatest damage to the economy of our country. According to military financiers, one day of the Great Patriotic War cost the Soviet state 362 million pre-war rubles. At an approximate conversion to modern prices, it will be almost 3 billion modern dollars per day! And these are just direct expenses.

Immediately after 1945, Soviet economists and statisticians calculated the direct damage caused by the destruction during the battles and the actions of the occupiers, 679 billion Soviet rubles, or 128 billion US dollars in pre-war prices. If it is even approximately and very simplified to recalculate this amount in dollars at the beginning of 2016, then you get a figure in 5 trillion dollars.

But this is only direct damage from military destruction. Together with military expenses (including expenses for the army, production weapons and equipment, the evacuation of industry, etc.), this figure will increase by three times - to almost 2 trillion Soviet pre-war rubles, or 357 billion pre-war dollars. In modern dollars, it will already be about 15 trillion.

All this is only the direct costs of the war and the direct damage it has inflicted. Attempts to calculate all the costs and losses, including deferred and indirect, will give such huge numbers that they will not even apply to economic theory, but rather to theoretical mathematics. The price of that great victory is still not measurable with any money.

And all this enormous damage, all these terrible losses and destruction, our country needed not only to survive, but also to restore with its work. That is why one of the first laws adopted in the USSR by the first post-war parliament was the law “On the five-year plan for the restoration and development of the national economy of the USSR in the years 1946 – 1950”.

The great war that began in 1941, not only destroyed the national economy, among other things, it put off the terms of re-election of the Soviet parliament formed in 1938, the Supreme Soviet of the USSR. The first post-war elections, held in February 1946, were to be a nationwide “vote of confidence” to the Stalinist leadership.

They were carried out in compliance with all the democratic formalities of those years, with election campaigning, etc. They went all over the country, including the newly joined territories, as well as in the places of deployment of Soviet troops outside the USSR. Despite the lack of alternativeness of Stalin's candidates, the authorities approached the election campaign more than seriously. Stalin, Zhdanov, Malenkov, and other top leaders of the USSR personally prepared program speeches and spoke to voters. In these speeches, not only were the unconditional successes of Soviet state building emphasized, the best proof of which was victory in a world war, but for the first time the problems and goals of the USSR in the new post-war world were publicly outlined.

Even conditionally democratic elections (we note that the overwhelming majority of the world’s population in those years did not know such ones) became not only Stalin’s well-organized election triumph, but also a rather serious challenge for local Soviet and party authorities. Clarification of the possibility of voting against was part of the duties of election agitators, and local authorities had to get almost 100-percentage turnout of Soviet citizens to the ballot box.

And in the pre-election period, the population actively used this, in fact blackmailing the party organs, threatening not to vote or vote against the party candidates, unless any domestic problems, which after the war had accumulated a great many, were resolved. So the all-union election of 1946 of the year provided a good “feedback” of state authorities to the population.

The first post-war "parliament", the Supreme Soviet of the USSR, at its first meeting of 19 in March 1946, approved the law "On the five-year plan for the restoration and development of the national economy of the USSR in 1946 – 1950 years." The bill was signed the day before, therefore in history He entered as a law from 18 March 1946. 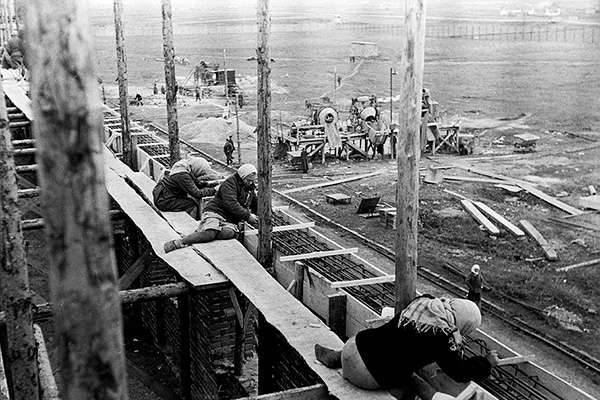 The USSR Supreme Soviet adopted the first post-war five-year plan, the main goal of which was the restoration of the country after the war. Photo: photo archive of the magazine "Spark"

This law was developed by the best Soviet leaders and economists who ensured the survival and victory of our economy during the Great Patriotic War. Now there was a goal to overcome all the consequences of military devastation.

The law read: “Successfully beginning the restoration of the destroyed economy of the areas under occupation during the Patriotic War, the Soviet Union continues to restore and further develop the national economy on the basis of state perspective plans in the postwar period ... The USSR Supreme Council states that the main tasks of the five-year plan for restoration and development of national economy of the USSR on 1946 – 1950 consist in restoring the affected areas of the country, restoring the pre-war level of industry and agriculture and then surpassing this level. ”

The law outlined the main directions of recovery. In particular, the priority was declared to restore and develop railway transport, without which "it is impossible to quickly and successfully restore and develop the entire national economy." The most important direction was the rise of agriculture and industry, producing consumer goods to ease the difficult post-war life of people.

The law ordered the completion of the post-war restructuring of the national economy in 1946 and the use of the capacities of the former military industry for peaceful construction. To restore the destroyed cities and villages, it was envisaged to "create a massive factory production of residential buildings" and "provide state assistance to workers, peasants and intellectuals in individual housing construction."

The law planned to abolish the rationing system in the near future, to “restore and expand the network of primary and secondary schools and higher educational institutions”, to increase the number of hospitals and doctors, as well as many other activities. It is important to cancel that the Law “On the five-year plan for the restoration and development of the national economy of the USSR on 1946 – 1950 years” was not an empty declaration - it was a multi-page and very detailed business document, with practical calculations and figures.

Therefore, the law of 18 March 1946 of the year did not remain only on paper, but was successfully implemented. Next year, despite all the post-war difficulties, the USSR, one of the first among the warring states, abolished the rationing system, conducted a successful financial reform and completed the conversion of military production. By the 1950, the 6200 of large enterprises was restored and re-built, and industrial production surpassed the pre-war one.

The law “On the five-year plan for the restoration and development of the national economy of the USSR”, signed on March 18, 1946, is rightfully one of the most important Russian victories in the history of the 20th century.

Ctrl Enter
Noticed oshЫbku Highlight text and press. Ctrl + Enter
We are
About the scale of human losses of the USSR in the Great Patriotic WarDiplomats of the People's Commissariat of Defense: on the eve and during the war
Military Reviewin Yandex News
Military Reviewin Google News
66 comments
Information
Dear reader, to leave comments on the publication, you must sign in.