March 19 2016
85
March 19, Russia marks the Day of the submariner. This is a celebration of one of the most difficult and respected military professions. Twenty years ago, July 15, 1996, Commander-in-Chief of the Navy fleet Fleet Admiral Felix Nikolayevich Gromov signed order No. 253, in accordance with which a professional holiday was established - Day of the Submariner. March 19 was chosen as the date of the holiday - on that day in 1906, the Emperor of the Russian Empire Nicholas II introduced a new class of warships - submarines - into the navy. Thus, March 19, 2016 marks the 110th anniversary of the Russian submarine fleet. For more than a century history submarine fleet has become one of the most important components of the naval forces of the country. Today, submariners are the elite of the Russian Navy. Hardly then, more than a hundred years ago, one of the leaders of the country and even the navy could have imagined what level of development the submarine fleet would achieve in the 20th century. 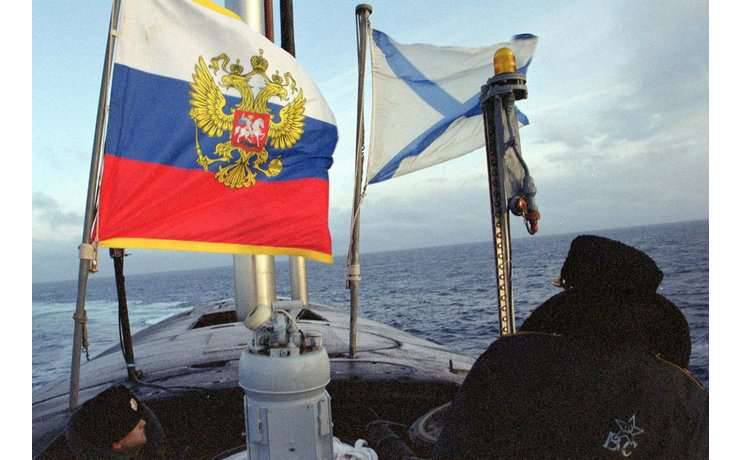 Russia has become one of the first countries in the world to acquire its own submarine fleet. Although officially the submarine fleet in the Russian Empire was created in 1906, in fact, the development of domestic inventors in the field of submarine shipbuilding began much earlier. History has preserved the name of the master Efim Prokofievich Nikonov, still in 1718, addressed to Peter I with a petition, in which he proposed to build a "hidden vessel". The experimental specimen of the “hidden vessel” was even managed to be built, but during testing the boat received a hole. During the repair of the vessel, Peter I died, Nikonov was demoted to simple shipyard workers, so the idea was never completed. In 1834, under the leadership of Adjutant-General Karl Andreevich Schilder (1785-1854), the world's first metal submarine was built. It was the first ever submarine built entirely of iron and armed with a pole mine with a powder charge in 16 kg. However, this project was also stopped due to the government’s refusal to finance it.

Only in the second half of the 70-ies of the XIX century. The Russian military leadership more or less seriously reacted to the projects for the creation of submarine vessels. In 1878, Stepan Karlovich Dzhevetsky (1843-1938), a Russian inventor of Polish origin, presented his submarine. The first model of Drzewiecki was single, and the second model, presented in 1879, included a crew of four and was set in motion by the strength of the sailors' legs - they rotated the propeller with the help of pedals. After that, the state order was given for the construction of fifty similar submarines. They were distributed among the fortresses, but had no real use of the boat. In 1885, Drzewiecki built the world's first electric motorized submarine. 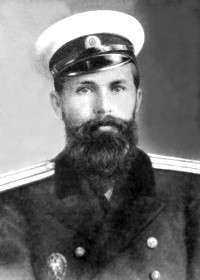 However, the real “author” of the Russian submarine fleet can certainly be called Ivan Grigorievich Bubnov (1872-1919) - a Russian naval engineer, designer of experimental submarine models, which could already be suitable for combat missions. Under the leadership of Bubnov, Lieutenant M.N. Beklemishev and mechanical engineer I.S. Goryunova was designed and built at the Baltic plant submarine "Dolphin" range 240 miles and speed 10 nodes. She favorably distinguished from the best examples of foreign submarine shipbuilding. The naval department agreed with this and made a decision to order 10 submarines of the “Dolphin” type. But soon the Russian-Japanese war began, which is why the construction of submarines had to be carried out at an accelerated pace. By the beginning of hostilities in the Far East, in the Pacific, there were already thirteen submarines based, but they practically did not participate in hostilities. In 1903, Mr. Ivan Bubnov was appointed head of the shipbuilding drawing of the Marine Technical Committee, remaining in this position until 1908. Mr. Bubnov was in charge of developing the projects of the submarines Kasatka, Minoga, Shark, Bars and Morzh types ( "Seal").

27 March 1906. The diving training squadron was established at the port of Emperor Alexander III in Libava. His tasks included, first and foremost, the training of submarine commanders, junior specialists and privates. Only in the first two years of its existence, from 1907 to 1909, the Libava training unit trained the 103 officer and 525 specialists. All built submarines also arrived here. It was in Libau that they were manned with crews, after which they were distributed to the Baltic and Black Sea fleets. As for the actual submarines, the most successful projects were "Walrus" and "Bars". The boats of the type “Walrus” had a displacement: surface - 630 t., Scuba - 758 t., And engine 1200 hp. allowed to develop speed to 11 knots. Bars-type submarines were even more powerful. They had power 3000 hp, speed 11,5 knots., Cruising range - 2500 miles. During scuba diving, two electric motors with a power of 600 hp were used. The boat "Bars" was armed with four tubular torpedo tubes (two were installed on the bow and stern), eight Torzhetskogo torpedo tubes, two artillery pieces and one machine gun. The crew of the submarine "Bars" totaled 33 people.

By the time World War I began, the Russian Empire had a submarine fleet in 58 boats, of which 24 boats were of the Leopard type. The main submarine forces of the Russian imperial fleet were concentrated on the Baltic Sea. A training detachment of scuba diving and a submarine brigade based on two submarine divisions were based here. Despite the short period of existence, already during the First World War, the Russian submarine fleet proved to be very worthy. Only in 1915 were Russian submariners seized and sank 16 of German transport ships with valuable cargo on board. In 1915-1916 The Baltic Fleet's submarine brigade also received 7 Bars-type boats and AG-type 5 boats acquired from the United States of America. The UK sent to strengthen the Russian fleet in the Baltic Sea 10 submarines of types E and C (two of them, however, were killed during the journey). After increasing the number of ships, the Baltic Fleet submarine brigade was reorganized into a submarine division. By 1917, the submarine division consisted of seven divisions, each of which had 4-5 submarines, and that was without British submarines. The first three divisions of the submarine division were fully equipped with Bars-type boats, another division - with AG boats, and the other three divisions had a mixed composition. In addition, the division included the floating base "Tosna". During the war, Russia lost 24 submarines, but only 4 of them belonged to the type "Bars". The rest of the Barça continued their service in the Soviet Navy, the last of the boats of this type was dismantled in the 1937 year - thirty years after the creation of the submarine fleet in Russia. 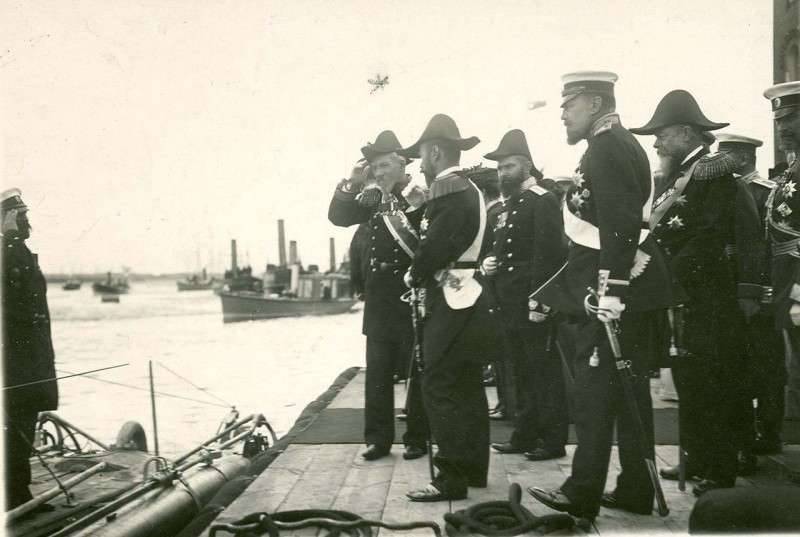 The events of the first months of the revolution became tragic for the Russian submarine fleet, as well as for the country's armed forces as a whole. However, the Soviet government quickly realized the need to preserve the country's naval power, including the submarine fleet. It was the Soviet period of national history that became decisive in the development of the country's submarine construction and the transformation of the submarine fleet into one of the foundations of the Navy. At first, the Soviet navy used inherited from the imperial fleet and renamed old submarines. However, already in the middle of 1920's. The construction of Soviet submarines began. In fact, the Soviet submarine fleet began with six Decembrist-class submarines, whose construction was included in the first military shipbuilding program for the 1926 / 27-1931 / 32. The “Dekabrist” submarines were armed with eight torpedo tubes (six bow and two fodder) caliber 533 mm, one 100-mm and one 45-mm guns. A crew of 53 people served on the boat.

Almost immediately after the revolution and the creation of the Workers 'and Peasants' Red Fleet (RKKF), the system of training the personnel of the Soviet submarine fleet was streamlined. It is noteworthy that the continuity with the pre-revolutionary submarine fleet practically did not break. So, back in the years of the First World War, the Scuba diving training detachment was transferred from Libava to Petrograd and Revel. The teachers and students of the detachment met the revolution in Petrograd. By this time, commanders, teachers and 56 students served in the detachment. Already on 22 in March 1919, the recruitment of 125 cadets from the squad that began training for the Workers 'and Peasants' Red Fleet was announced. In 1925, the Scuba Diving School was transferred to the New Sea barracks. By the beginning of World War II, at least 14 of thousands of officers, foremen and vigilantes of diving were trained in the detachment. In service with the RKKF 1941 was 212 submarines. The outbreak of war was the main test of the Soviet submarine fleet "for strength." A huge amount of literature has been written about the heroism of Soviet submariners. Twenty-three submarines were awarded orders of the Red Banner, twelve became Guards, four submarines of the Northern Fleet became Guards and Red Banner. Twenty sailors of the Soviet submarine fleet for their deeds during the Great Patriotic War received high titles of Heroes of the Soviet Union, thousands of submariners were awarded orders and medals.

Victory in the Great Patriotic War marked the beginning of a new, post-war era in the history of the Soviet submarine fleet. Considering that almost immediately after the war, there was a sharp deterioration in relations between the Soviet Union, on the one hand, the United States, Great Britain and other Western countries, on the other hand, the need for further arms build-up and strengthening of the country's naval power increased. The construction of nuclear submarines, which received nuclear missile weapon. Accordingly, the demand of the submarine fleet for a large number of well-trained officers - highly qualified specialists has grown. To improve the training system for officer personnel of the submarine fleet, it was decided to create a new military training institution for the submarine fleet based on the 1-th Baltic Higher Naval School, which trained watch officers for the fleet. In 1954, the 1-e Baltic Higher Naval School was transformed into the 1-e Higher Naval School of Scuba Diving. After assignment of the Lenin Komsomol School in 1958, it was officially called the “Higher Naval Scuba Diving School named after the Lenin Komsomol”. Under this name, the school existed until 1998, when, as part of the reform of the military education system, it was merged with the Higher Naval School named after MV Frunze and became part of the St. Petersburg Naval Institute. In addition, in Sevastopol in 1951, the 3-i Higher Naval Engineering School was created, in 1954-1960. called the Higher Naval School of Engineering Scuba Diving. It carried out training of engineering personnel for the ocean nuclear fleet, including for submarines. 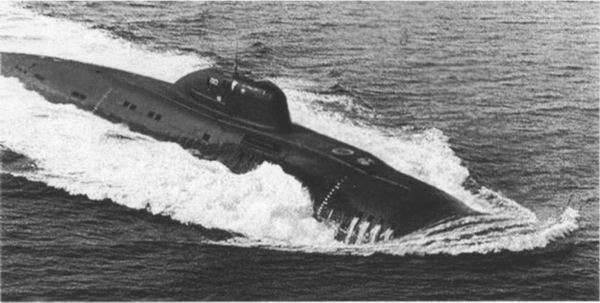 The development of nuclear energy and the improvement of nuclear missiles has turned the submarine fleet not just into one of the important components of the country's naval forces, but into a part of the country's nuclear shield that is of strategic importance for ensuring the defense capability of the state. The times of the first post-Soviet decade, difficult for the army and the navy, when officers were reduced in the fleet, and the sailors who continued to serve literally accomplished the honor, were replaced with the beginning of the new millennium during the gradual rise of the military sphere, including the navy.

Today, only a large and highly developed military-technical country can afford to have a truly effective submarine fleet. Currently, the Russian Navy is armed with multi-purpose nuclear submarines, diesel-electric submarines, strategic missile submarines. The submarine fleet again becomes the pride of the Russian state. Needless to say that the prestige of service on submarines is growing today. The submariner service requires excellent health and fitness, good education and the highest professional qualifications. On the Borey-type missile submarines of 107, the crew of the 55 crew is a man. This is quite understandable, since it is up to the top-class specialists to cope with the most complex technical systems installed on the submarines of the last generation. On the Day of the submariner, it remains to wish all admirals, officers, warrant officers, foremen and sailors of the submarine fleet - both current and veterans - peaceful depths, quiet service and good health.