Yemeni swamp for the Saudis

March 18 2016
36
At the beginning of the week, the UAE Air Force lost the Mirage 2000-9DAD double fighter in Yemen, which was the symbolic result of the senseless and fruitless campaign that the Arab coalition led by Saudi Arabia leads in this country. The latter, by the way, risks almost more than the others. The kingdom of the coming years can expect several crises at once, which, in the end, can lead to an increase in centrifugal tendencies. These are also ambiguities regarding the succession, the gradual depletion of foreign exchange reserves, and the possible victory of the isolationists in the US elections in November, who will refuse to support the main satellites in the Middle East, emphasizing a self-sufficient Iran.. 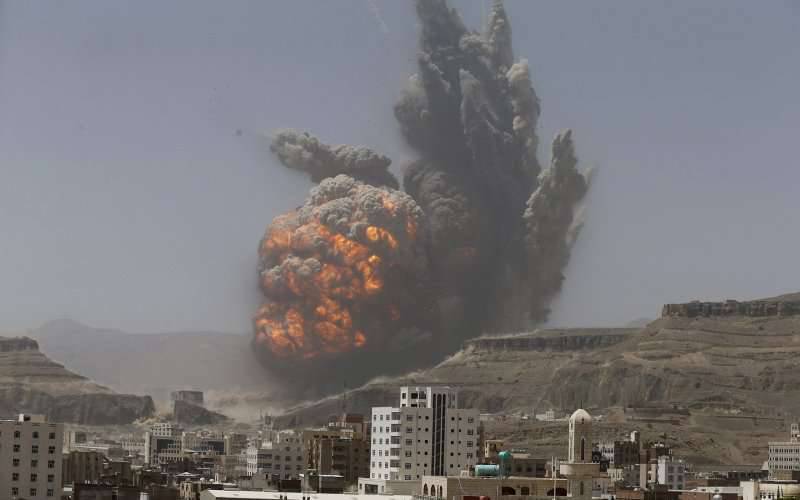 But the main challenge for Riyadh is, of course, a military crisis and the costs it incurs. Directly or indirectly, the Wahhabi empire participates in two wars at once: in the north, in the sands of Syria and Iraq, and also in the south - in Yemen. Both wars require substantial expenditures and none of them has a tendency towards a quick and victorious conclusion. Since 1934 (with the defeat of the same Yemen), the Saudis have not seen a single noticeable victory. Although Saudi Arabia is formally one of the winning countries in World War II, its contribution to the Allied victory is well visible only through a microscope. During the period of the Gulf War, the army of the kingdom proved to be extremely unfortunate, as there is enough evidence. 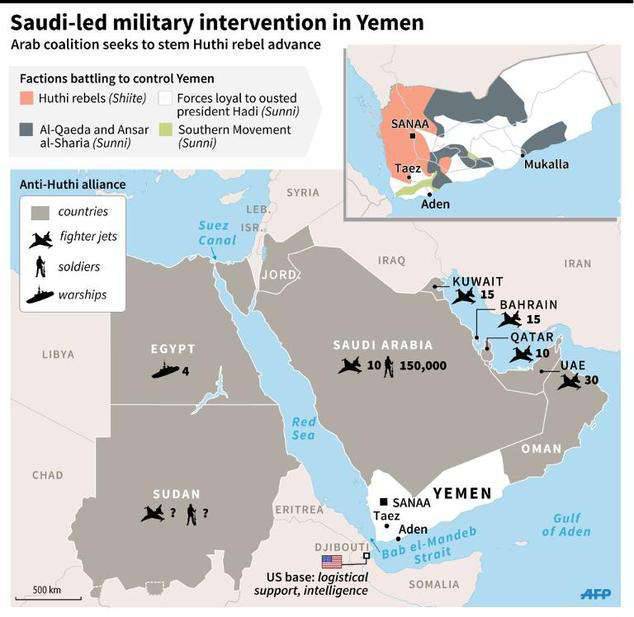 The new war in Yemen also came out far from small and not victorious. The war year revealed critical shortcomings of the Saudi army: lack of initiative, low morale, unsuitable strategy. Soldiers and officers abandon the equipment entrusted to them literally at the very beginning of the battle. Often - almost not damaged. This behavior is observed in the units of the Wahhabi monarchy, not only in Yemen, but in the territory of Saudi Arabia itself, where the Hussites have already captured a number of settlements. Curious is the fact that the media of the Arabian monarchies, which at one time predicted the "Afghan trap" for the Russian Federation in Syria, in Yemen themselves found themselves in a situation much more similar to the Afghan war. At the same time, the armed forces of the Arab countries cannot be compared in combat effectiveness with either the Soviet or the American army.

The inability to continue the attack on the north, in the mountainous part of Yemen, puts the Arab coalition in front of a long positional war, for which the invaders are absolutely not ready. The collapse of the coalition in this case is almost a decided matter and no petrodollars can change anything here. As a result, losing money, equipment, allies and the face of Al Saud will have to withdraw troops from the mainland of Yemen, leaving only the island of Socotra, as a strategic point of control over the Gulf of Aden.

Following the withdrawal of events, events may begin to move under several scenarios. The common feature of these scenarios is that they all do not bode well for the Saudis. In the first case, after the withdrawal of the occupying troops, the Hussites subdued the country by force and persuasion. The tribes take on new power, and (banned in Russia), al-Qaida and ISIS will be defeated. The authority of Sana'a and Tehran in the Islamic world will soar to the skies, and the monarchies of the Gulf, by contrast, will fall. The new government is beginning to help the Shiite movements already in the territory of Saudi Arabia itself. 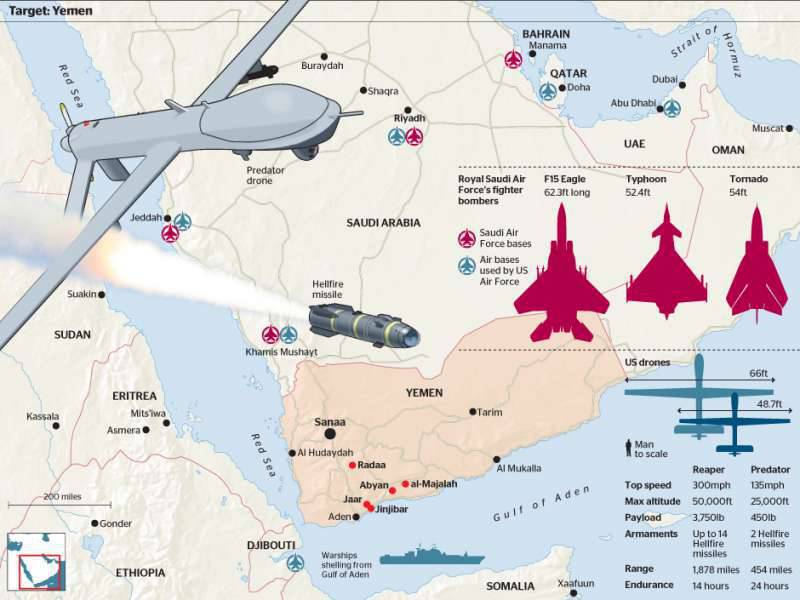 The second way also does not promise Riyadh an easy life. In case the Hussites cannot master the whole country, several exclaves are formed in Yemen at once, one of which will definitely become Shiite, and the other - Wahhabi, under the control of the local IG cell. The scenario for Saudi Arabia is extremely unpleasant, since the neighboring country becomes the base for the armed underground of all stripes. So the choice of the Saudis is simple - either to fight in Yemen until complete exhaustion of their own resources, or to fight again, but on their own territory.

There are a number of fundamental contradictions between the Wahhabi radicals from the IG and the state Wahhabism of Sadovskaya Arabia. For example, the radicals consider traitors and apostates to reject the “holy war” against all the “infidels,” as it is known, that only one punishment is imposed on apostasy. 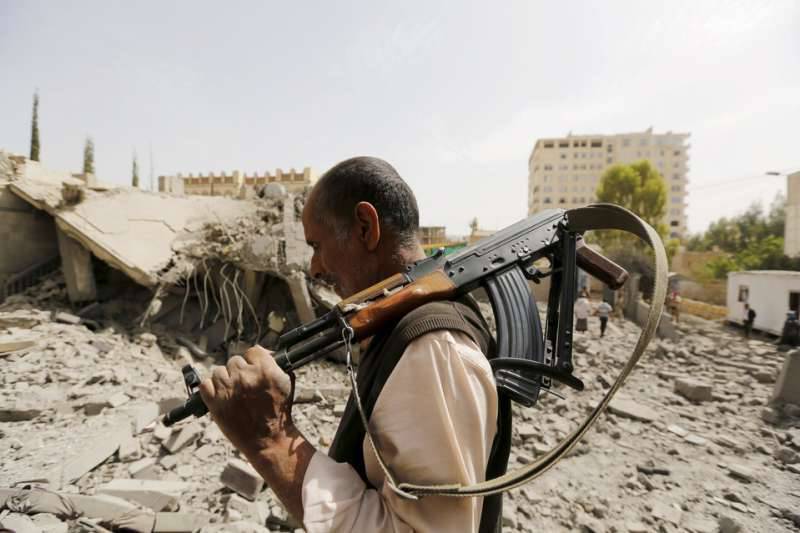 Nowhere is the threat of Shiite separatism relevant for Saudi Arabia. The same preacher Nimr al-Nimr, whose execution had recently quarreled Riyadh with Tehran, declared in the 2009 year that the Shiites of the Kingdom were ready to create their own state if the authorities did not stop repressions against them, and on July 2015 in the predominantly Shiite province of Najran armed the Ahrar al-Najran movement, which proclaimed independence of the territory from Riyadh.

Actually, against such a background, Saudia is also preparing for intervention in the Syrian civil war. How much the monarchy expects to hold the second front, given that not everything is alright with the first, is not clear. Obviously, after the departure of the Russian aviation IS will be much freer to act in the Syrian and Iraqi spaces. This means that the Islamists will soon be able to recall their long-standing ideological goals: two of the three holy Muslim cities, Mecca and Medina, are located on the territory of Saudi Arabia. The third holy city of Muslims is Jerusalem.

Of course, all the threats described above are only prospects, but experience shows that in the absence of sane ways out of the impasse, it is these scenarios that often become decisive. Especially in a region like the Middle East.

Ctrl Enter
Noticed oshЫbku Highlight text and press. Ctrl + Enter
We are
Iran in the Syrian conflict. The confrontation with Saudi Arabia and the interests of the ShiitesIs the prince in Yemen dead or dying of a heart attack? How the Emirates got involved in the war
Military Reviewin Yandex News
Military Reviewin Google News
36 comments
Information
Dear reader, to leave comments on the publication, you must sign in.