Militants, in whose house there was a ton of explosives, neutralized in Dagestan

March 17 2016
31
Press office National Anti-Terrorism Committee reports that during the special operation in the Republic of Dagestan, three militants were detained. According to the NAC, they all belonged to the bandit underground, which has contacts with the so-called "Islamic state" (officially recognized as a terrorist UN Security Council).


The report said that the operatives became aware of the preparation of a series of terrorist attacks by militants in the territory of Dagestan. Preparation was carried out in the Khasavyurt district (Mutsal-Aul village). The militants were detained in one of the houses on the outskirts of the Dagestan village as a result of a lightning special operation. At the same time, more than an impressive terrorist arsenal was found in the house: about a ton of explosives and four ready-made explosive devices with a total capacity of up to 5 kg of TNT.

It should be noted that this is the second successful operation of the special services to neutralize the militants in Dagestan this week. The previous was held 11-12 March. 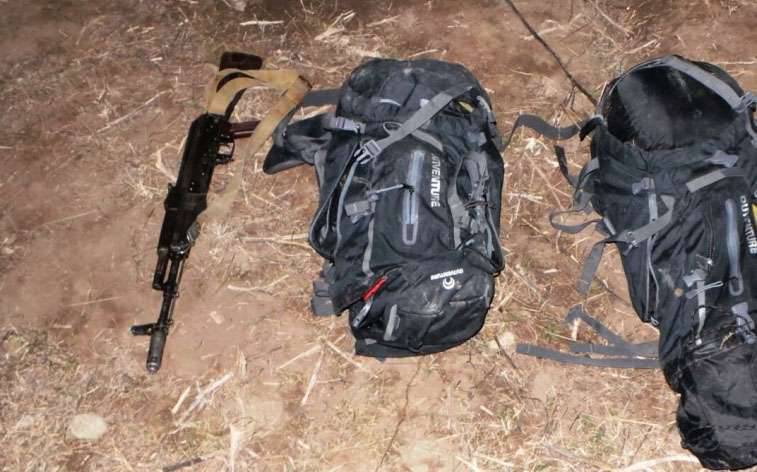 As a result of the actions of the FSB and Interior Ministry officers, two militants who were on the federal wanted list were neutralized. They were involved in the murder of the imam of the mosque in the village of Gotsatl and several other civilians in 2014. Both militants tried to resist and were killed in the area of ​​the village of Orota during a short-term exchange of fire.

Ctrl Enter
Noticed oshЫbku Highlight text and press. Ctrl + Enter
We are
The action “Military service under the contract is your choice!” In Rostov-on-Don: future contract servicemen, exhibitions and “Russian Knights”Review of special operation in Khasavyurt 5 May 2014
Military Reviewin Yandex News
Military Reviewin Google News
31 comment
Information
Dear reader, to leave comments on the publication, you must sign in.