March 23 2016
21
More recently, an interesting article was published on TOPWAR about how Gibraltar or “The Rock” - a rocky cliff - went to the British crown in the south of the Iberian Peninsula, which eventually became ... overseas territory of the United Kingdom, which is disputed by Spain , Gibraltar rock, and a sandy isthmus connecting it to the mainland. 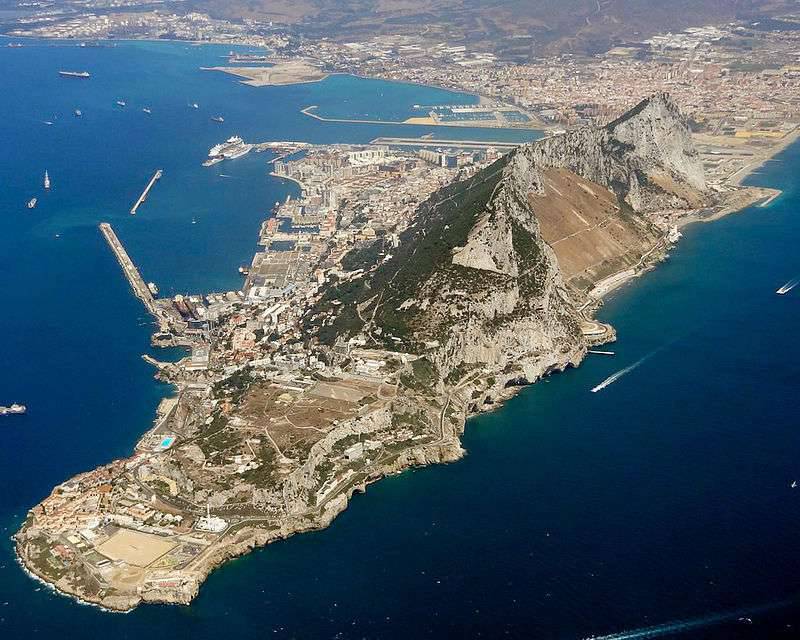 It must be borne in mind that this is not the southernmost point of the Iberian Peninsula, as most thinks, no. The southernmost point of the peninsula is Cape Marroqui, but it is near. In the north, this territory is bordered by Spain (with the city of La Línea de la Concepción) and is actually part of the agglomeration of Algeciras. In the east, Gibraltar is washed by the waves of the Mediterranean Sea, in the south, right in front of it is the Strait of Gibraltar, which separates it from North Africa, in the west is the Bay of Gibraltar. The area of ​​Gibraltar is only 6,5 km². As for the height of the rock, it is 426 meters, that is, in principle, it is not very high. 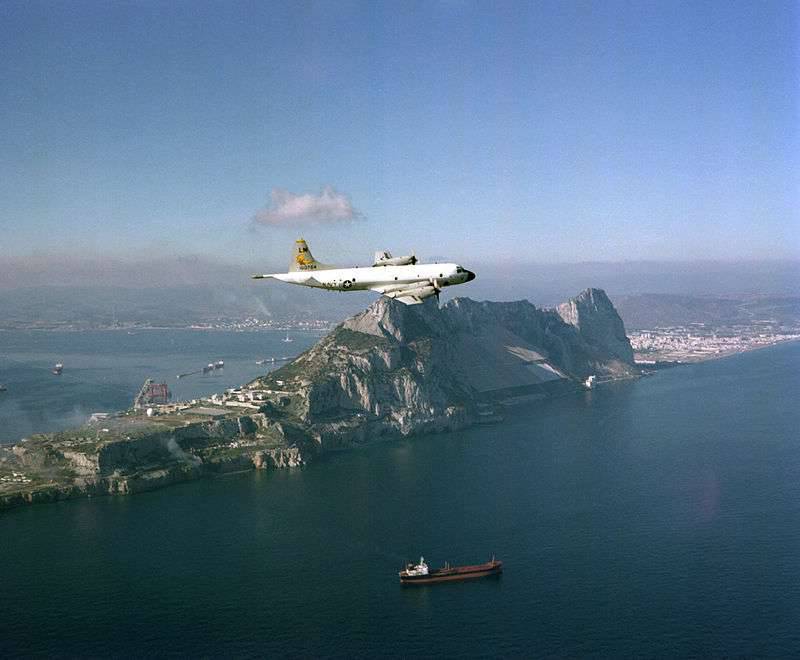 One of the reasons for the dispute between Spain and the UK is (as is often the case) the inaccuracies in the wording of definitions of what Spain actually gave way to Great Britain. The Treaty of Utrecht did not contain any maps or specific descriptions of the territories received by the British Crown, which allows the parties to interpret the “article X” of this agreement, according to which Great Britain had to own the city and castle of Gibraltar along with the port, fortifications and forts. There is a controversial area - on the isthmus and in the area of ​​the forts of Torre del Diablo (Devil’s Tower) and El Molino. 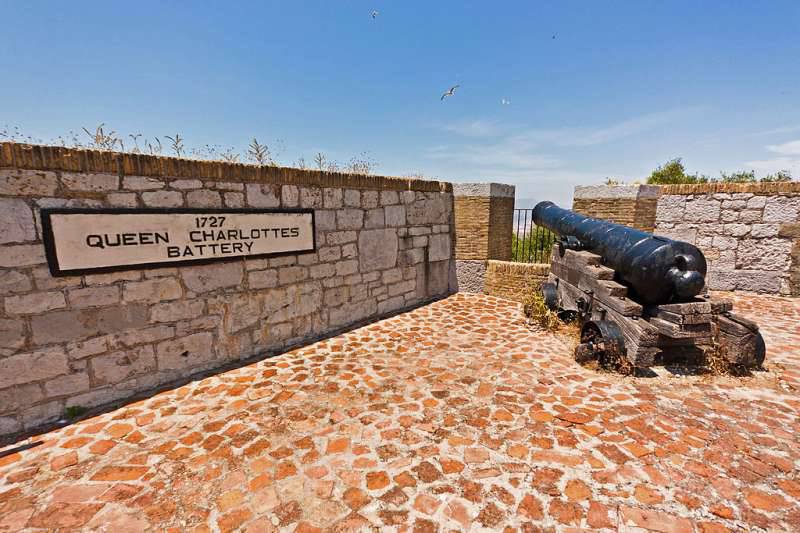 Battery "Queen Charlotte." Here from such guns the British fired on the French and Spaniards in 1727 year.

Spain does not recognize British sovereignty over Gibraltar, since it believes that Great Britain is entitled only to the fortified perimeter of the city, and this treaty does not apply to the rest of the territory. When the British began building barracks for soldiers in 1815 on the isthmus, Spain declared that this construction was illegal. Then, in 1938, during the civil war, Britain went even further and built an airport on the disputed territory. Therefore, the word “frontier” is not used here, and the term “Frontier” has been used since Franco’s time. 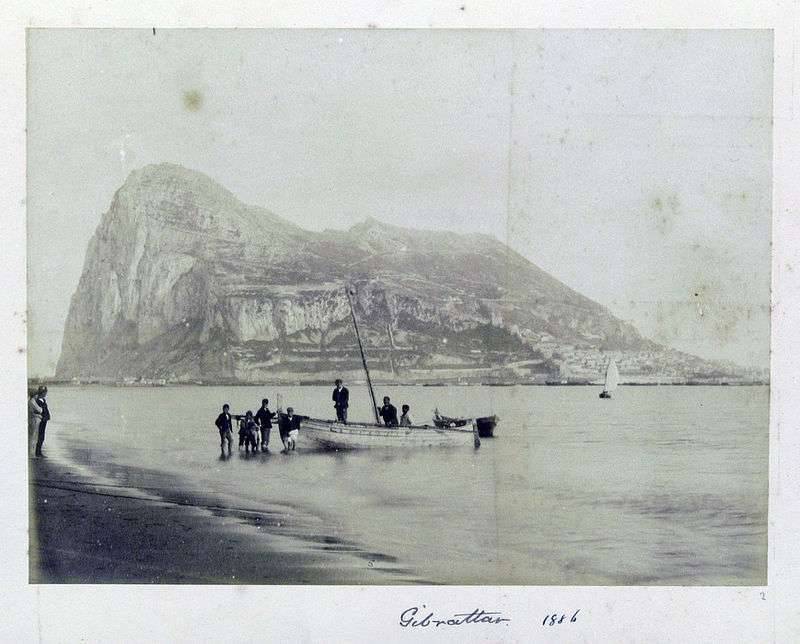 The United Kingdom, in turn, believes that it owns the territory de facto, but the very existence of a dispute over the territorial issue with Spain recognizes. But the Gibraltar Airport Spain and England are shared.

Interestingly, in the 1729 year, according to the Treaty of Seville between England, France and Spain, Britain has an “undoubted right” to a distance of two cannon shots between British and Spanish fortifications, and this territory was now regarded as a “neutral territory”. True, this land is still, in fact, the territory of Gibraltar is not considered. 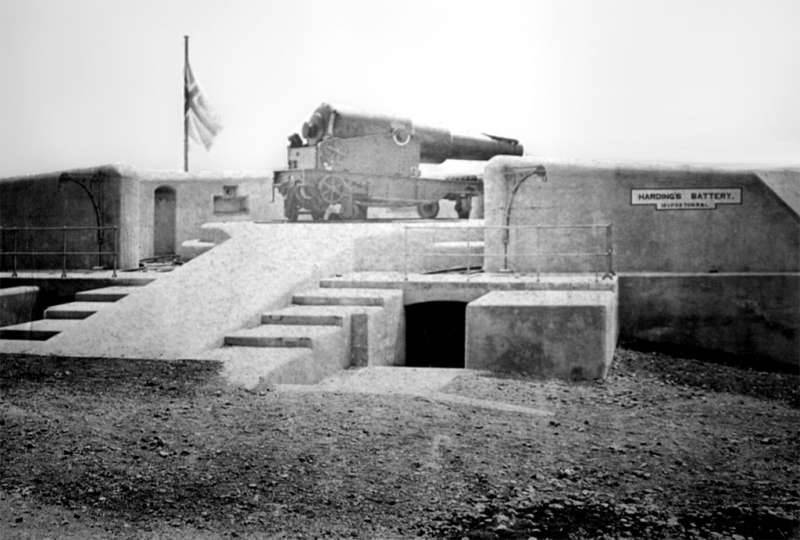 Interestingly, Gibraltar is one of the many international offshore zones. So if you register your company here, then ... you will not have to pay turnover taxes. The main thing is that you yourself do not live here, and so ... invest in the island’s bank at least as many billions as you like - you only have to pay a fixed amount once a year, something around 1000 pounds for the prolongation of the contract and that's it! 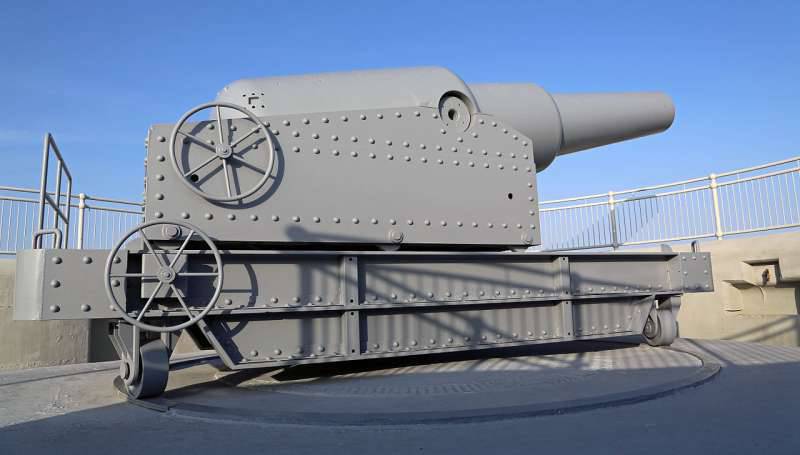 And this is the already renovated 12.5-inch muzzle-loading rifled gun from Armstrong 1876 of the year. Impressive, isn't it?

However, we are, first of all, interested in, so to speak, the military component of Gibraltar, at least, that everyone has in mind, for who may know about what is inside the rock, dug through underground passages and casemates, like Maasdam cheese. And, it should be noted that the British didn’t fail to turn the secret into the “places of interest” tourist business objects, which are surely visited by numerous tourists, although it is not easy to get to some of them. 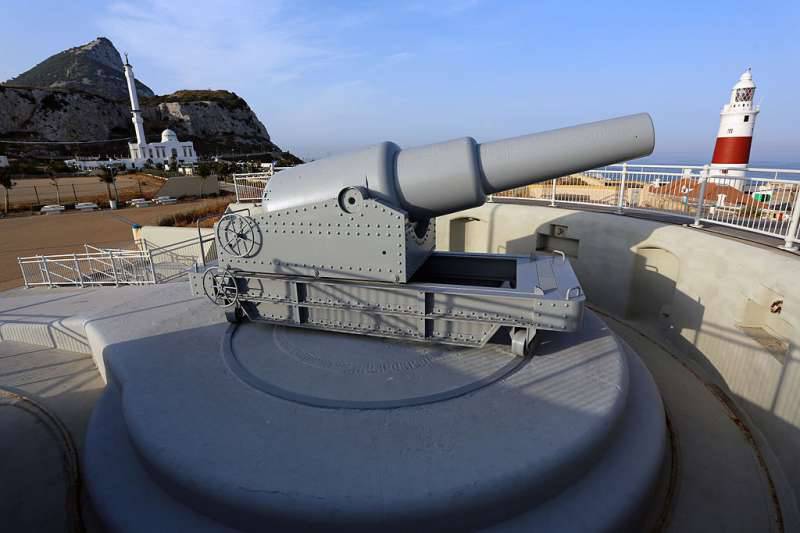 Each such weapon was installed on a turning carriage with shelling in 360 degrees.

Let's start with the fact that at the end of the XIX century. in the era of Armstrong's huge muzzle-loading guns of the company, Gibraltar also received such guns. For example, the Harding battery, originally built in the 1859 year, was equipped with just such tools. Then it was abandoned and buried under a layer of sand for many years, so much so that it served as a viewing platform for tourists watching the strait. But in 2010, it was unearthed, they found a weapon buried there and restored it in all its glory. It turned out that her 12.5 inch guns were mounted on it about 1878 year. But then they became obsolete, it was too expensive to dismantle them, and the battery was simply abandoned. And then there everything was overgrown with shrubs, and the wind from Africa covered it with sand! 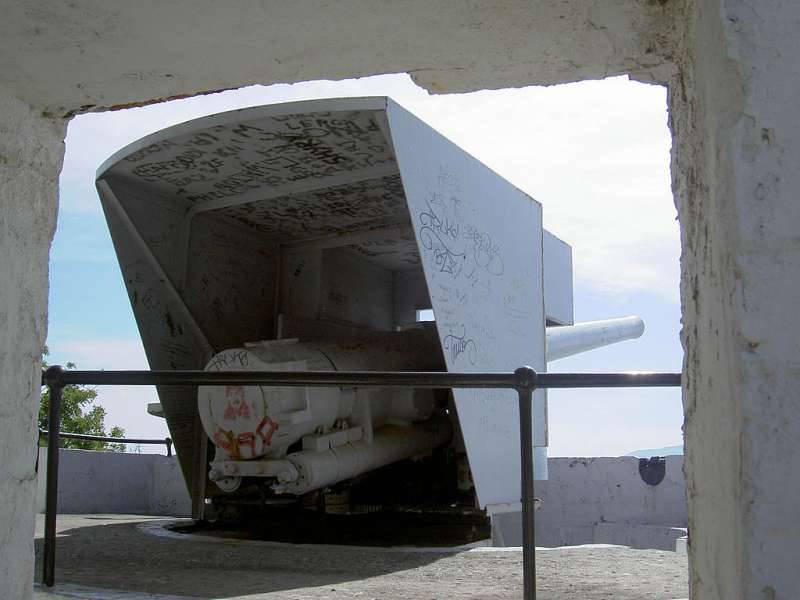 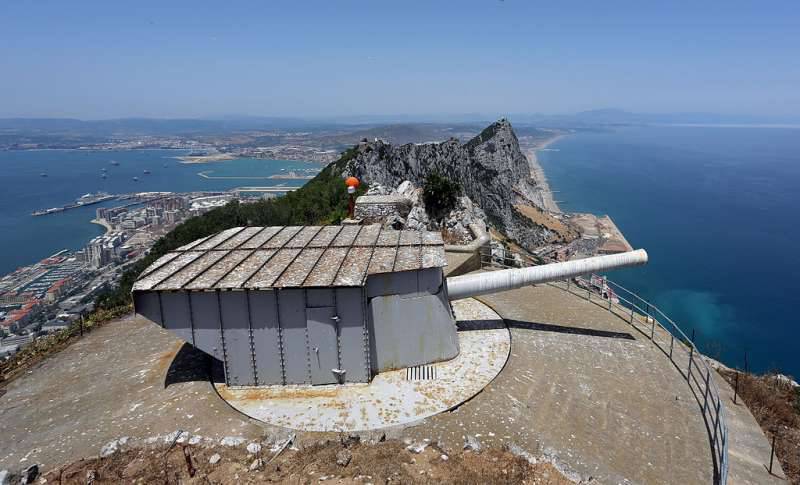 On the very crest of the cliff is installed the so-called “Battery Sorvi-golov”, next to which are also the batteries “Lord” and “O'Hara”. It received its name for the stairs leading to it, which descend down the steep rock on which it stands. And she herself is at such a height and in such a place that her head is really spinning there. After all, all these three batteries are located on the very crest of the Rock of Gibraltar with a magnificent view of the Mediterranean Sea, the bay and the Straits of Gibraltar. The battery is armed with a 9.2-inch gun, one of the three remaining, and the other two are on the batteries "Lord" and "O'Hara." The last battery is the highest point on the cliff - 1,398 feet (426 m). The 9.2-inch guns installed there have a range of 29000 yards, which is enough to fire the strait to Africa. 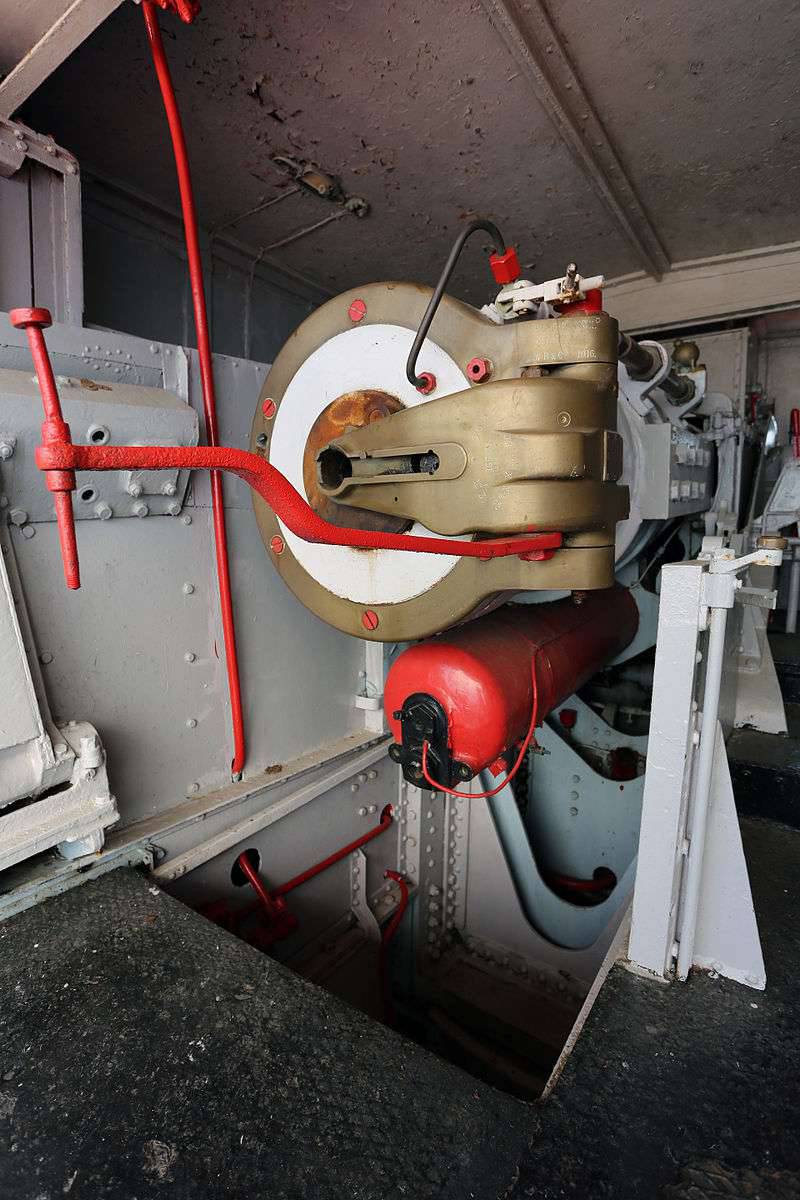 The shutter guns on the battery "O'Hara."

In 1902, a number of batteries were upgraded by installing 6-inch MK guns. In VII with a firing range of 6000 yards. These guns remained in service during the First World War and the Second. In 1954, the battery ceased to exist, but its 6-inch guns were retained as a tourist site.

Threat from aviation led to the fact that the British army in Gibraltar in 1941 acquired anti-aircraft guns. In particular, the exposure on a White Rock battery shows a 3.7-inch anti-aircraft gun. 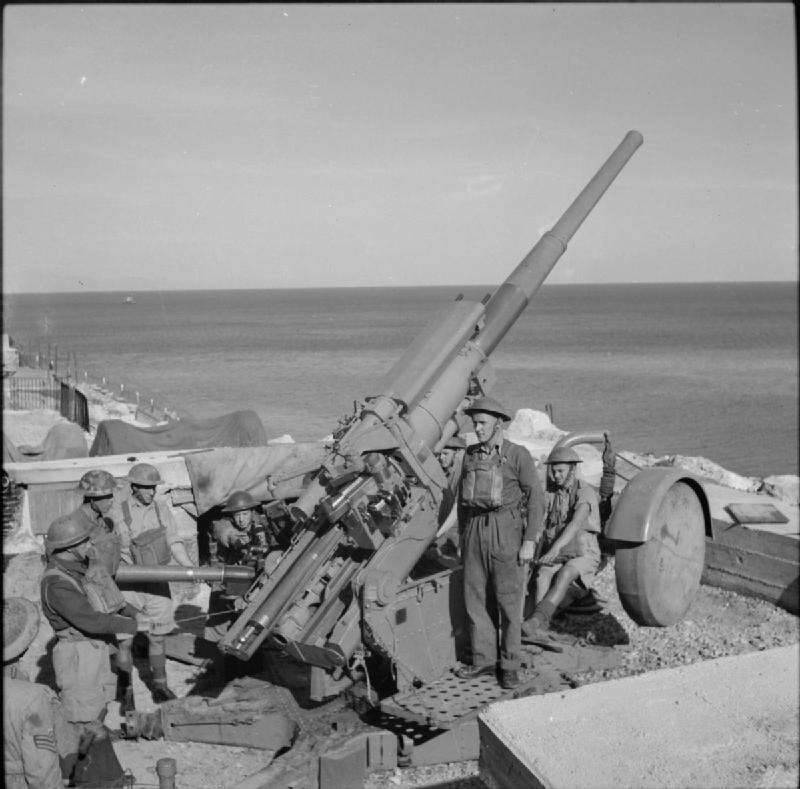 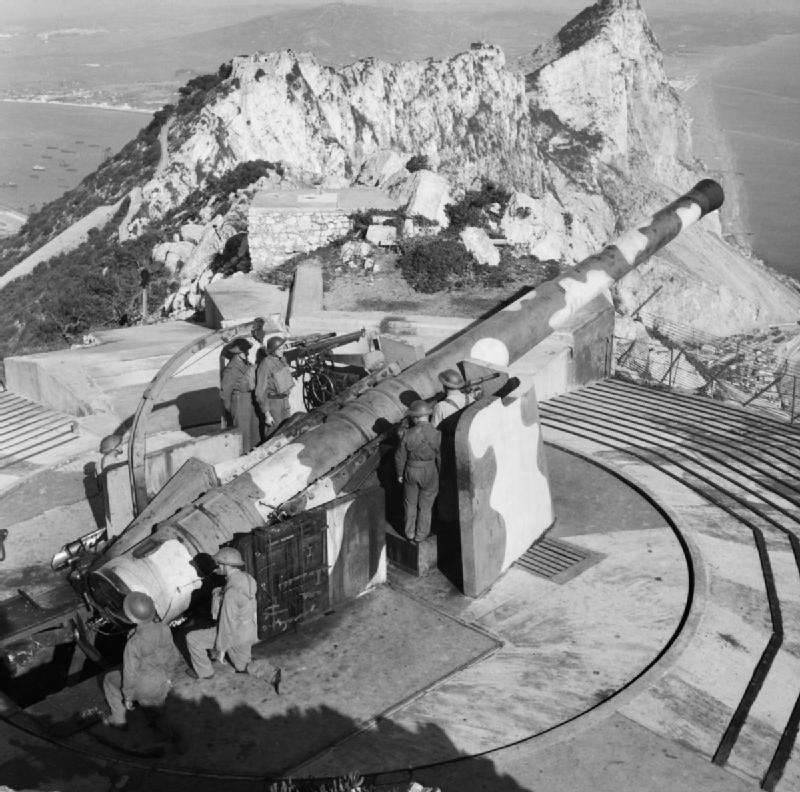 In the years preceding the Second World War, the British army was armed with high-speed 5.25-inch dual-purpose weapons, that is, they could perform the functions of anti-aircraft guns and fire at sea targets. Their service continued until the 1956 year, when all old coastal batteries were disarmed. Four guns of this type remained only here. It is believed to be the only surviving specimens. 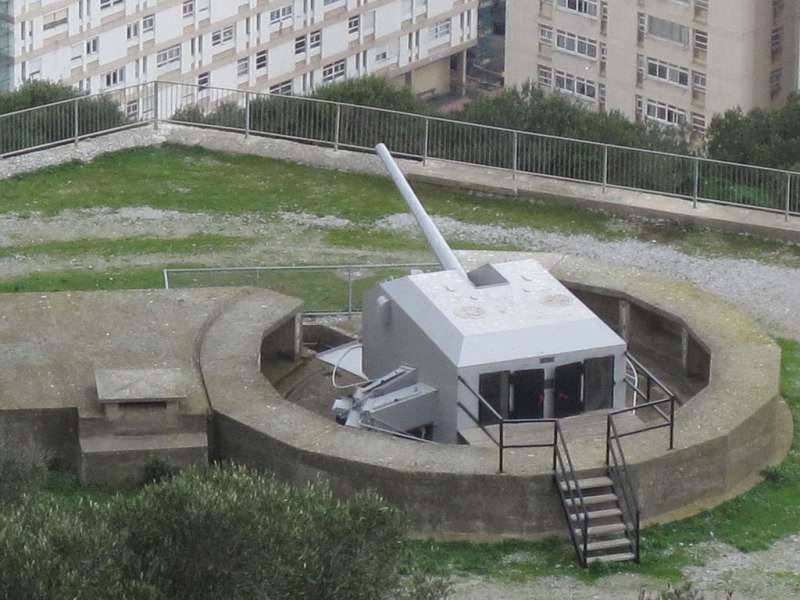 So lovers of military stories and, above all, the coastal artillery on the "Rock" will be what to see, well, and since this is an offshore zone, all the goods here are very cheap! By the way, during the Second World War, Hitler wanted to destroy the fortifications of Gibraltar with fire ... the Dora guns! It was he who was for her number one goal, but Francisco Franco did not agree to let her pass through his territory, although he, too, wanted very much to take Gibraltar away from the British! 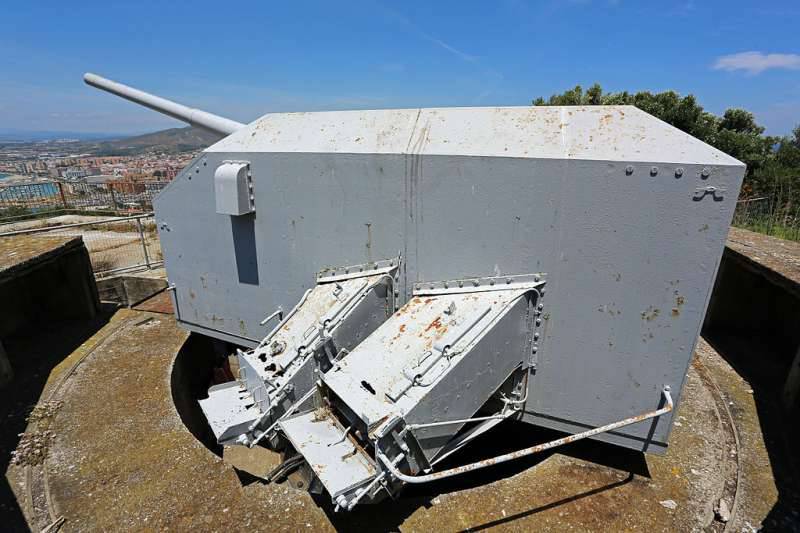 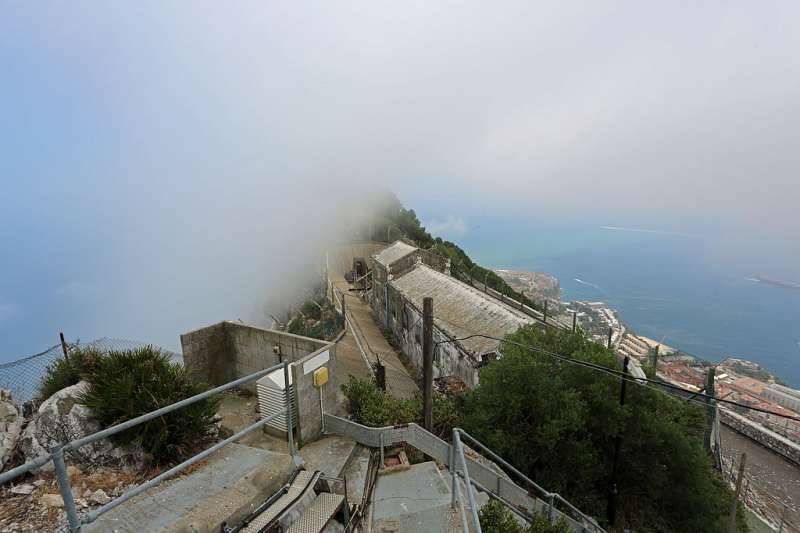 The Levanter battery, in addition to the cannons, had a whole “battery” of rangefinders and even anti-aircraft Bofors, capable of covering the entire “Rock” from above. It was from here that the shooting distance of enemy ships going through the strait was reported. And this is how it looks today, at the moment when clouds start crawling on it.

Ctrl Enter
Noticed oshЫbku Highlight text and press. Ctrl + Enter
We are
Anglo-French naval rivalry. The capture of Gibraltar and the battle of MalagaWhy did not Hitler seize Gibraltar and Suez. Fuehrer's fatal mistake
Military Reviewin Yandex News
Military Reviewin Google News
21 comment
Information
Dear reader, to leave comments on the publication, you must sign in.