Kurds and the question of the federalization of Syria

March 18 2016
19
Various information sources, including Reuters, the Israeli 9 Channel, and then the Russian central media reported on the plans of the Kurds living in northern Syria. They decided to federalize the three regions of the country. Earlier it was reported that some "Western states" are seriously considering the idea of ​​federalizing Syria, and their "ideas" are already on the table by UN special envoy for Syria, Staffan de Mistura. Finally, there are rumors around major Western information agencies that Russia and the West are discussing this idea of ​​federalization. Russian diplomats answer this shortly: “This is complete nonsense. We do not voice such ideas, such ideas should be voiced by the Syrians themselves ... ” 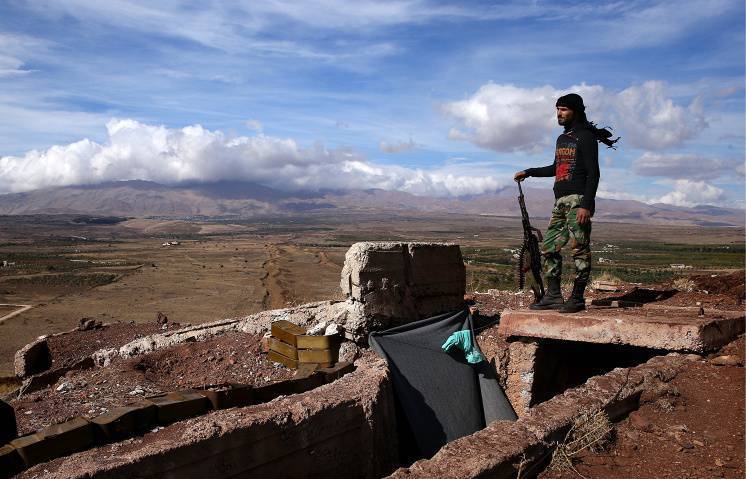 16 March Online Reuters A small note came out that reportedly: Kurds who control areas in northern Syria are expected to announce federalization. This was stated by the Syrian Kurdish official Idris Nassan (Idris Nassan).

The announcement of federalization will mean “expanding the scope of self-government that the Kurds have formed,” said Nassan, an official serving in the Foreign Affairs Office of Kobani, one of the three autonomous regions created by Kurdish forces two years ago.

March 16 about the same reported by the Israeli "9 channel". True, the representative of the Kurds in the text is called differently: Idris Hasan.

According to him, 9 Channel notes, the announcement of federalization means "expanding the scope of self-government that the Kurds and other players have created."

Another version of the name of this representative (Hassan) appeared in the publication RIA News".

“The Kurds in the territories they control in the north of Syria may declare their federalization on Wednesday, Reuters reported, citing Kurdish official Idris Hassan,” the Russian news agency reported.

Earlier, a diplomatic source in the UN Security Council told the press that a number of Western countries are considering the option of federalizing Syria and that the relevant "ideas" have already been passed on to UN special envoy for Syria Staffan de Mistura. Meanwhile, Riyad Hijab, coordinator of the High Negotiating Committee of the Syrian opposition, said that the committee rejects this idea. In turn, the head of the Syrian Kurdistan representative office in Moscow, Rodi Osman, reported that the decision on federalization is a kind of response to the fact that the Kurds were not invited to inter-Syrian talks in Geneva.

The representative of the Kurdish Party of the Democratic Union in Moscow, Abd Salam Ali, said RIA "News"Confirmed that the three Kurdish cantons intend to proclaim a federation. This is not about disconnecting from Syria.

On the same day, March 16, some details of the Kurdish federalization plan for Syria became known.

As the "Lenta.ru" With reference to Reuters, the leadership of the Syrian Kurds has published a list of areas of government in which it intends to gain greater autonomy.

The Kurds want independent control in the areas of defense, economy and internal security.

Kurdish authorities believe that the inter-Syrian negotiations in Geneva are doomed to failure.

As for the name of the representative of the Kurds, distorted by other media, it correctly sounds like this: Idris Nassan (in transliteration - Idris Nassan). The Western press has been writing about this policy for a long time - for example, a link to an article in a British newspaper. "The Telegraph" from 12 October 2014 of the year. At that time, Mr. Nassan served as the amateur deputy “foreign minister” in Kobani.

Earlier, Reuters, citing a source close to the UN, reported that Russia and Western states are discussing the idea of ​​federalizing Syria. According to the unnamed agency interlocutor, this option would help preserve the unity of the war-torn country.

"This is complete nonsense, - leads the newspaper "News" Commentary by the Special Representative of the Russian President on the Middle East and Africa, Deputy Foreign Minister Mikhail Bogdanov. “We are not voicing such ideas, the Syrians themselves must voice such ideas, they should discuss and agree among themselves.”

By the way, in Damascus they do not want to put up with the final loss of control over part of the territory. Speaking at the March 12 press conference, Syrian Foreign Minister Walid al-Muallem said: “I speak like a Syrian citizen: we are against the idea of ​​federalization. We stand for the preservation of the unity of the Syrian territory and its society. "

Here are the opinions of experts.

As Fedor Lukianov, chairman of the Presidium of the Council on Foreign and Defense Policy, told Izvestia, a change in the administrative structure would indeed have a positive impact on the settlement of the conflict: “Syria as a whole does not actually exist now. It is split into zones of control of various forces. Imagine that one of the parties will be able to win a decisive victory in the conflict is impossible. Therefore, some other device is necessary to preserve the state and its officially recognized boundaries. This can be done either by referendum or by adopting a new constitution. And the Syrian people, it seems, are already tired of the war, and they don’t care who wins, if only the fighting is over. ”

Against the background of the “federal” aggravation of the Kurdish issue, the Kremlin called for the Kurds to be involved as soon as possible in the negotiation process in Geneva. Vladimir Chizhov, the Permanent Representative of the Russian Federation to the EU, expressed disappointment that the Kurds were left behind during the inter-Syrian talks. “Many of our partners in Europe share our concern that a large part of the participants in the negotiation process (I mean the Kurds) are still out of it. The reasons are well known. As progress progresses in Geneva, this aspect will become more acute. To the expected displeasure of Turkey ", - quoted Chizhov newspaper Kommersant.

The federalization of Syria is a very complex issue on which the world community does not have unity. That is why the Kurds themselves are very cautious, voicing this issue, says Professor of the Institute of Oriental Studies Irina Zvegelskaya.

“Iraqi Kurds have autonomy, and it is clear that the Syrian believe that they also have the right to it. But right now, the Kurds are trying not to emphasize this issue so that during the Geneva talks they look white and fluffy, ”she said. Reedus.

In the course of these negotiations, Syria is implied by a unitary state (according to the current constitution). Changes to the constitution can only be made at the end of the war and the creation of a transitional government.

“For now, therefore, it is premature to speak of any federalization. Forces interested in autonomy are in Syria, of course. But solving minority issues is a long and extremely sensitive issue, ”Zvegelskaya believes.

Something does not look like, let us add that the Kurds tried “during the Geneva talks” to look “white and fluffy.” Despite the unequivocal statement of the Syrian Foreign Minister Walid al-Muallem and despite the negotiations in Geneva, the Kurds openly spoke in favor of the federalization of the three regions in the north of Syria. The statement got into the world's major press. The leadership of the Syrian Kurds has even published a list of areas of government in which it intends to gain greater independence. Moreover, the head of the representative office of Syrian Kurdistan in Moscow, Rodi Osman, noted that the decision on federalization is a response to the ignoring of Kurds in Geneva. And so it is: the Kurds were not allowed into the inter-Syrian negotiations in Geneva. Discontent led to political reaction: the Kurds who control areas in the north of Syria, but were not allowed to participate in international meetings (by the way, due to the opposition of Turkey, which considers some political associations of Kurds as "terrorist"), organized a constituent congress of the so-called Kurdish Arab Administration of Northern Syria, in which participated more than 200 delegates, including representatives of other nations living in the Kurdish-controlled territory. Following the results of this congress, the Supreme Kurdish Council decided to move to self-government in three Kurdish cantons. The de facto federalization took place.

Observed and commented on Oleg Chuvakin
- especially for topwar.ru
Ctrl Enter
Noticed oshЫbku Highlight text and press. Ctrl + Enter
We are
Turkey against the Kurds. Is there a new phase of conflict ahead?Syrian Kurdistan: Will there be peace and freedom?
Military Reviewin Yandex News
Military Reviewin Google News
19 comments
Information
Dear reader, to leave comments on the publication, you must sign in.