How to foreign lobbying funds hook on the regional Russian media

March 17 2016
30
Earlier this month, the NTV channel aired the documentary “State Department Debtors” in which it was told about the way overseas lobbyists push their ideas and interests through the Russian media. In principle, feeding certain media working in Russian jurisdiction with grants from all sorts of Western structures aiming at creating the “right” information field for themselves in the Russian Federation was not a secret until the film was released on the NTV television channel. However, the film “Debtors of the State Department” with documentary evidence laid everything out on the shelves, and these contents of these “shelves” should be considered separately.


So, what is it actually about? And it’s about the fact that Western partners, who, well, are very interested in the information and political background in Russia, decide to put certain media on their own hook with a certain kind of financial infusions. And in the overwhelming majority of cases we are talking about regional media that are far from great in scale, both financial and, in fact, informational. It would seem, for what, for example, the Soros Foundation is financing Chelyabinsk or Tula newspapers, because the old man Soros, it seems, got used to much more global things ... However, the interaction with regional publications, according to the old man Soros, has pretty much done Russia, justified. 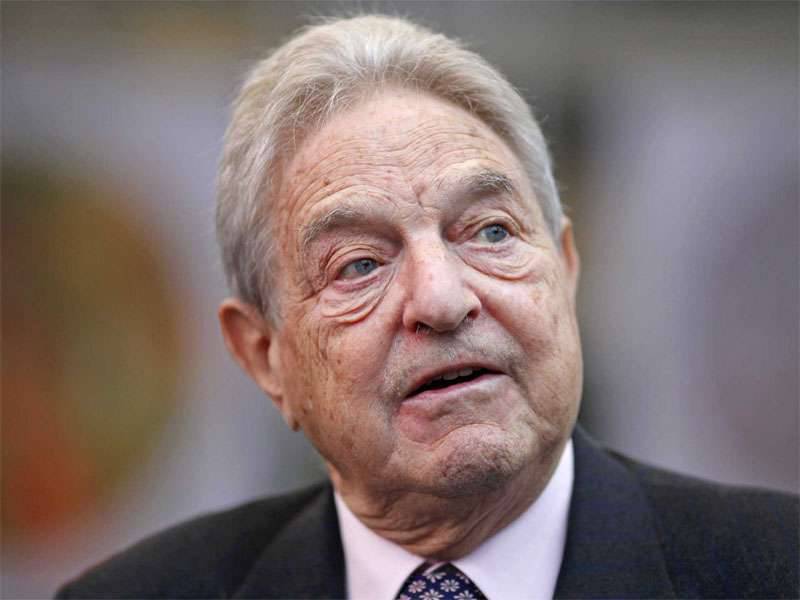 The fact is that regional mass media have modest budgets, limited staff, a narrow list of published topics, but, like any media, there are certain ambitions, aspirations and hopes. And here the problem “there is ambition - there is no money” and decided in due time to take advantage of foreign organizations whose task is to build a frankly anti-state (and even anti-people) information field on Russian media spaces. I decided to use Mr. Soros, mentioned in the film by the correspondent of NTV, and other guides of the ideas of the “exclusive nation” decided to take advantage.

And do not be Soros Soros, if you were handing out money to Russian small media just like that - they say, take and write (shoot) for fun. It was not there! To begin with, the regional media goes through a stage of monitoring and preliminary analysis. The ideal option for a foreign “investor” is one in which a rag or Internet portal has already been marked with articles in the style “in our city are completely crooks and thieves - it's time to blame!” If something like this was published, then a foreign fund (and in the NTV film it is about the MDIF and IREX funds, the first of which deciphers itself as the “Media Investment Fund”) takes the media on a pencil. Further, the owner of the media receives a proposal “on development”. Well, when it comes to "development", then regional publications, and first of all their owners, consider that it is impossible to pass by such a proposal. So the hook with an appetizing bait in the form of promises about the large-scale "developing" activity and financing is swallowed.

And financing is also interesting. The same MDIF and IREX allocate money not just in the form of a grant, but as a loan. First loan, second loan, followed by a loan to pay off the first two borrowings, etc. As a result, a small media outlet, whose management seriously hoped to turn around for foreign “material aid”, falls into total dependence on its creditors, with all the ensuing consequences for the information policy of this media outlet. And now the regional newspaper often turns into a sort of Voice of America or Radio Liberty, de jure having no contacts with those or others, but having debts and “wishes” from the old man’s colleagues before the same old Soros Soros to write about what worries primarily "partners." Newspaper pages are filled with materials that the current Van Vanych is a corrupt official, a drunkard and a rowdy, but Pyotr Nikodimovchi, who has undergone internship abroad, is riding outside the city and for its inhabitants. You know, Van Vanych has bad roads, and Pyotr Nikodimovich will attract American, Canadian and other investors to the city and everything, for sure, will repair, arranging a local privatization option, “so that investors can come.” And now the hypothetical Pyotr Nikodimovich becomes almost a star of the local media, although these same media do not really spread that this PR campaign is carried out through the “investors” ...

And if someone in such zombie media suddenly decides to bang, saying that he wants to return to old carefree days when a local newspaper wrote about planting flowers and trees on the central avenue and opening a shelter for homeless pets, then with such an employee say goodbye But not just to say goodbye, but at the same time even wagging a finger with the words: “Do not even think about telling about our virtues!” But not everyone keeps the “vow of silence”, and sooner or later the secret becomes obvious ... Sooner or later the readers of such media will find out about who is behind the publications, being the main "investor" of lobbied materials.

Is it a novelty that some media in Russia are being courted by foreign funds? Hardly. After all, it was known from the time of Gorbachev about how foreign partners tried to take the media environment of Russia into circulation. It was then that the concepts of “democracy and publicity” suddenly began to justify any publications from the category “we have complete shit, and they have a heaven on earth!” It was then that Western propaganda whales began to appear in the person of Radio Liberty, which still operate pores, but at the same time experiencing obvious problems with ratings and the confidence of Russians. Simply, the Russians have already, as they say, ate with these sayings about “Russian drunkards”, about “everything is lost” and about “letting bombers use colander in order to make housewives happy with good dishes” ... Eat plenty to fill and plus knew what freedom is Western-style words that have nothing to do with real freedom of speech.

Ctrl Enter
Noticed oshЫbku Highlight text and press. Ctrl + Enter
We are
Victory is achieved not only by bombing."4 days in May" was removed from the air of NTV
Military Reviewin Yandex News
Military Reviewin Google News
30 comments
Information
Dear reader, to leave comments on the publication, you must sign in.