"Vladimir Monomakh" returned to the base of the Federation Council

March 16 2016
36
The submarine "Vladimir Monomakh" after performing planned tasks in the Barents Sea arrived in Gadzhiyevo, to the main base of the submarine forces of the Federation Council, reports MIC with reference to the press service fleet. 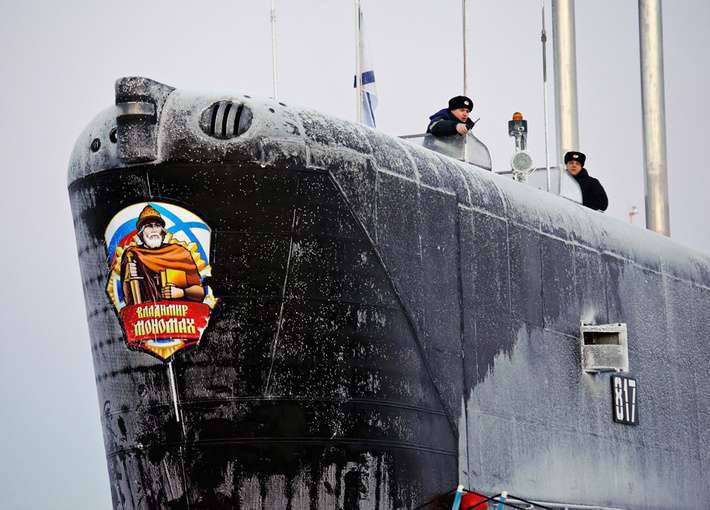 "In the sea, submariners have been since the beginning of the month, carrying out a set of tasks and exercises related to improving the tactics of using new strategic submarines," the release said.

It is reported that "the crew worked, in particular, maneuvering at various depths and checked the systems and complexes of the submarine."

The press service noted that "in Gadzhiyevo the sailors will meet the professional holiday - the 110 anniversary of the creation of the submarine fleet of Russia."

And on the same day, March 19, the “crew of Vladimir Monomakh” will celebrate the first anniversary of its ship, 10, years after the launching of the submarine-carrier missile hull, ”the press service added.

Ctrl Enter
Noticed oshЫbku Highlight text and press. Ctrl + Enter
We are
Anniversary of the famous Borisoglebsky Aviation School (BVVAUL named after V.P. Chkalov). Report "Military Review"Today, the servicemen of the Submarine forces of the Russian Navy celebrate their professional holiday - the Day of the submarine
Military Reviewin Yandex News
Military Reviewin Google News
36 comments
Information
Dear reader, to leave comments on the publication, you must sign in.