Chinese "special squad" on the protection of the economic corridor

March 17 2016
13
In order to protect the Sino-Pakistani "economic corridor" in Pakistan, the military contingent of the PRC will be deployed. This was recently announced by a number of major media outlets, including Pakistani and Indian. And the Pakistani newspaper “Daily Times”, not sparing paints, described how the Celestial Empire would become Pakistan’s partner “on the way to a miracle.” 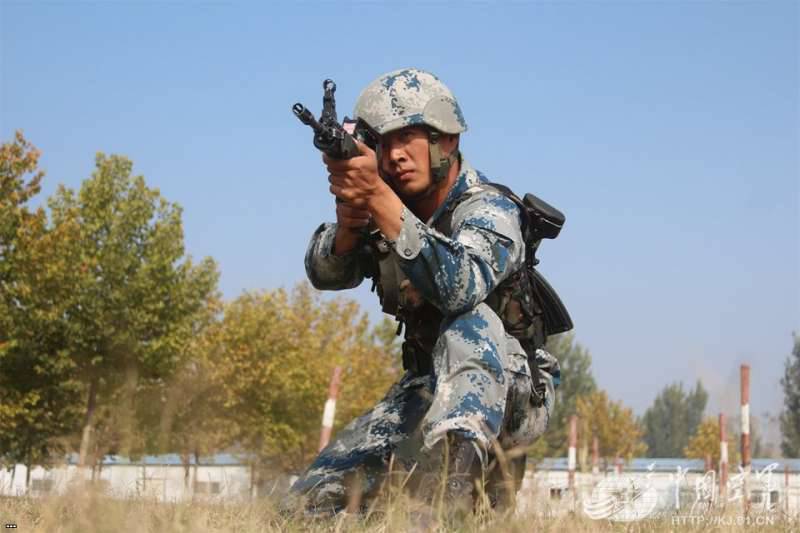 In one of the publications of the Pakistani newspaper Daily Times (March 16) states that China will become Pakistan’s partner "on the road to a miracle." Li Jun, Assistant Minister of the International Department of the Central Committee of the Communist Party of China, kindly reported this.

The Institute for Strategic Studies Islamabad (ISSI), according to the publication, held a discussion with a delegation from the international department of the Chinese Communist Party.

ISSI General Director Mr. Masood Khan welcomed the delegation and stressed Pakistan’s strong relations with China, including with government agencies and the CPC. He thanked China for the initiative.

In turn, Comrade. Li Jun gave a comprehensive report on the Chinese economy, the current slowdown and its future prospects. He added that the 2016 anniversary of China-Pakistan bilateral relations will be celebrated in 65. He also focused on the issue of deep bilateral strategic relations.

He expressed optimism about the Sino-Pakistani bilateral economic relations and the potential of the economy of Pakistan. According to him, in Pakistan you can "work wonders."

Earlier, 13 March, Afghan Agency Khaama Press With reference to NDTV, it announced plans to deploy Chinese troops in Pakistan. The placement target is to protect the 3000-kilometer-based China-Pakistan “economic corridor” that connects the Gwadar port in Balochistan and the Xinjiang region in China.

In addition, there are reports of three brigades of infantry and two additional artillery regiments, which are brought in for protection in Pakistan itself. This was informed by the security authorities from New Delhi (India). It clarifies that the brigade consists of at least three regiments, each of them has about 1000 soldiers.

The first stage of the corridor is likely to be built by December 2016. All the way will be ready within three years. He will give China direct access to the Indian Ocean and beyond.

The Corridor is likely to be used (among other things) to transport fuel and oil products from the Gulf region to China. The new route will reduce the route for importing energy resources to China from the Middle East by about 12.000 km.

"Free press" recalls that at the beginning of February, there was information in the media that Islamabad would provide ten thousand troops to ensure security along the China-Pakistan economic corridor. Pakistan’s foreign policy assistant to Said Tariq noted that the decision to create a special squad was made in connection with the PRC’s concern about the security of Chinese citizens in Pakistan. The China Daily newspaper reported that China is involved in more than two hundred projects in Pakistan, involving about 14 thousands of engineers and technicians.

Lead Researcher at the Institute of Far Eastern Studies of the Russian Academy of Sciences Pavel Kamennov does not exclude that China has already begun to place parts of the PLA in Pakistan. “Port Gwadar,” he told Free Press, “is of great strategic importance for China and is seen as an alternative to the Strait of Malacca, through which more than 80% of China’s oil is currently flowing. As you know, now this strait is actually controlled by the United States. ”

“I do not exclude that the situation with Pakistan is the first sign of economic expansion with physical protection. I note that China has a lot of ambitions. So, now he has come close to considering the possibility of his participation in the reconstruction of Syria, since he feels that the need for this will be enormous. Moreover, this way you can gain a foothold in the region. He has the resources for this, both the staff and the money. ”

16 March in the media appeared and other information about the expansion of the Middle Kingdom.

According to Kabulov, the main topic of the talks was the situation in Afghanistan, the threats and challenges to the interests of Russia and China and the cooperation of the two countries in this regard.

Moscow understands China’s concern about the situation in Afghanistan: Beijing is worried about stability in the Xinjiang Uygur Autonomous Region.

The newspaper reminds that earlier negotiations were held in Dushanbe by the chiefs of staff of China, Tajikistan and Pakistan (without Russia). Then, 2 of March, PLA Chief of Staff Fan Fenghui arrived in Kabul, where, in addition to political interaction, they discussed the formation of the legal framework between Beijing, Islamabad, Dushanbe and Kabul to ensure regional security.

An expert from the Center for the Study of Modern Afghanistan, Andrei Serenko, believes that this is unpleasant for Russia историяbecause Moscow is not involved in the negotiation process. “In the new security alliance, in addition to Pakistan and Afghanistan, China includes Tajikistan, which Russia until recently considered as part of its zone of influence,” the expert noted. - It is here that we see the first point of misunderstanding between Beijing and Moscow. Russia's fascination with Ukraine and the Middle East has led us to lose our position in Central Asia. It turns out that with the creation of such a “Central Asian NATO” under a Chinese umbrella, Russia may be alien. ”

The expert reminded Izvestia that Moscow and Beijing have been competing for influence in Central Asia not for the first year. Moscow is trying to use political levers (the Eurasian Union and the CSTO), and the PRC is penetrating the region with capital and infrastructure projects. “This pool of states — Afghanistan, Tajikistan, China, and Pakistan — is a fundamentally new regional construct that will attract other countries of Central Asia, possibly Uzbekistan and Turkmenistan,” the expert said. “That is, Beijing is building an alternative security system for the CSTO in the region without Russia's participation.”

It can be stated: China is carrying out economic expansion in a number of areas, and in Pakistan the construction of the “corridor” is already planned to be supported by military force. "Discussions about the miracle", which are conducted in Islamabad, are also not accidental. Negotiations over Afghanistan are no coincidence.

Russia, on the other hand, should think about what exactly it can offer Central Asia instead of “political projects”. China now offers investment and construction, and it cannot be said that Asians are not interested in these proposals. If the Celestial Empire continues the negotiations in the “square” of China - Afghanistan - Tajikistan - Pakistan, “bypassing” Russia and building its own security system of the economic way, then it will become clear: China in Central Asia does not need Russia.

Observed and commented on Oleg Chuvakin
- especially for topwar.ru
Ctrl Enter
Noticed oshЫbku Highlight text and press. Ctrl + Enter
We are
Army and state in Pakistan. Part of 2. Armed forces become allies of fundamentalistsArmy and state in Pakistan. Part of 1. The formation of the Pakistani army and its political approval
Military Reviewin Yandex News
Military Reviewin Google News
13 comments
Information
Dear reader, to leave comments on the publication, you must sign in.