Thunderstorm of the Seas, Japanese Premiere


110 years underwater the fleet of Russia

19 of March (6 of the old style) 1906 of the year Nicholas II signed a decree “On the classification of vessels of the Russian Imperial fleet”, where “I would like to command the deign to include submarines in a separate category.

The development of "hidden ships" went on in the country for a long time, but the first combat submarine "Dolphin" was built only in 1903. Her successful tests proved the possibility of production in domestic factories. And 13 August 1903, the Marine Ministry ordered the development of submarines of a larger displacement to begin. 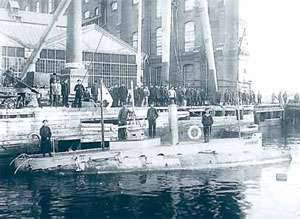 The Russian-Japanese war caused great damage to the Russian fleet, which forced the tsarist government to look for ways to restore the imbalance of forces at sea. One of the solutions was the urgent construction of submarines.

In those years, there was no organization for training submariners in Russia. The only authority in this matter was considered the captain of the 2 rank M. Beklemishev. On him and laid training.

29 January 1905 of the year on the cruiser "The Thunderer" from a detachment based in Vladivostok, a meeting was held to find out the status of the boats and the degree of their readiness for military operations. Plans have been developed for two applications. Characteristically, the use of boats in offensive operations was envisaged.

Already in June-July, eight submarines of the 1905 had completed practical training of personnel and began to do patrol service on the islands of Russky and Askold, remaining there for days. With the accumulation of experience and training of personnel, they also went to remote areas. This became known to the Japanese, which affected the morale of their sailors. This was well written by Valentin Pikul in the novel “Cruiser”: “The Japanese fleet was in panic - these are not mines, these are Russian submarines ... If so, then the secret information from St. Petersburg seems to be confirmed: Baltic sailors put their submarines on railway platforms to send them to the Far East. Are they already here? .. "

By the end of the summer in Vladivostok turned 13 submarines. But their capabilities did not meet the requirements of the Far Eastern theater of operations. A common shortcoming was a short cruising range. Marine Technical Committee attributed them to the category of ships of coastal action. Nevertheless, the presence of submarines became a serious factor.

According to many historians, they not only saved Vladivostok from the direct attack of the Kamimura squadron, and after Tsushima - from the full power of Admiral Togo’s fleet, but also made them think about the significance of the new maritime weapons the whole world.

In Russia, the Far Eastern experience was not immediately comprehended. After lengthy discussions and quarrels between supporters of surface and submarine ships came to a compromise, the result of which was the imperial decree of March 6 from 1906. 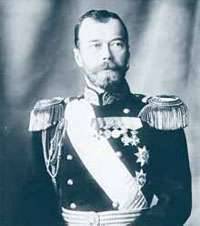 The experience of construction and combat use showed the main thing: the need for special personnel for a new type of naval weapon. 8 February 1906 was submitted to the State Council for consideration by the draft organization of the Scuba Diving Training Team. The initiator was a participant in the war with Japan, the captain of the 1 rank Edward Schensnovich, later the vice-admiral. According to his report on the need for training of divers, a commission was appointed, which formulated its opinion on this issue as follows: “Not a single part of the maritime specialty requires such positive knowledge from personnel as submarines; here everyone should know exactly what he needs to do in various circumstances; mistakes are not allowed, and therefore all employees must take a thoroughly relevant course in school and pass an excellent exam in accordance with the established program. ”

29 May was approved by the "Regulations on the Training Unit of scuba diving." Commander appointed Rear Admiral Shensnovich. At first, there were no theoretical studies, the training was carried out exclusively practically. Personnel were drawn from the sailors who were part of a detachment who was in Libau and who already had experience in scuba diving.

In 1907, officers who had previously served on submarines were subjected to special examinations. Those who stood them were given the title of scuba diving officer. In 1908, the system and order of preparation took on final form. Pupils were recruited from the specialists of the surface fleet. The total duration of the course by officers was ten months, sailors - from four to ten, depending on the specialty and degree of training.

All newly built submarines before the 1914 year entered the training squad, which mastered them, staffed them and after completing the training course, sent them to the Black Sea and Baltic fleets. The detachment in Vladivostok was also replenished with submariners from Libau.

After 1914, new weapons showed their irreplaceability in all fleets of the world. “The submarine was the center around which military, political and economic concepts were deployed. She became one of the main factors of the war, ”wrote the military historian, Vice-Admiral Alexander Shtal, in 1936. Subsequently, this assessment was fully confirmed.