2016 year began for the Ministry of Defense of Russia rather intensely. In the context of operations in Syria, increasing the share of contractors, maintaining high standards of combat training, the most significant part of the military budget must be allocated to finance the state defense order.

The budget of the current year for the section “National Defense” assumed 3,14 trillion rubles, of which for the GOZ - 2,142 trillion or 68 percent of the funding of the Ministry of Defense. But the planned rates of rearmament may be under threat, since at the end of February it became known about the plans of the sequestration of the military department by five percent.

In absolute terms, underfunding will be about 160 billion rubles, and judging by information from sources in the Ministry of Defense, which are referred to by the media, the lion's share of reductions will fall on the state defense order (approximately 150 billion). Thus, for the purchase of new weapons, repairs, military development will be allocated already seven percent less money than planned.

The situation acquires additional drama, if we consider that 2016 should have become the year when the new State Armaments Program (GWP) was launched for the period up to 2025 (HLW-2025), which according to plans smoothly replaced and complemented the HWG-X 2011 and became the fifth in a row over the past 2020 years. If the HPV-20 is fully considered the brainchild of the former Defense Minister Anatoly Serdyukov, then the HPV-2020 should have become the embodiment of the approaches and views of the current minister’s team, Sergei Shoigu.

The 2016 was not chosen by chance: the rules of the LG-2020 provided for its correction every five years and the equator fell just in the current year. According to the established tradition, instead of a correction, a new program was adopted which was essentially extended for a period of five years.

Little is known about HPV-2025. For the first time, a new program was started at the beginning of 2013. Under its development, it was intended to introduce a formal set of rules that would determine the procedure for creating promising models of weapons, military and special equipment. Regarding financial indicators, it was reported that the program will be comparable to the HPV-2020 (the 19,5 volume of a trillion rubles for the Ministry of Defense in the 2011 prices with an indexing mechanism) or even less. The maximum estimates of the military amounted to 56 trillions of rubles (recall that the ceiling of the LG-2020 at the development stage is 36 trillions), but due to a certain unification of weapons, the program was significantly cheaper. At the end of the 2014 of the year, the report of the Ministry of Defense, published at the expanded collegium of the military department, included the figure of 30 trillions, which clearly exceeds the original plans, because the HPV-2020 even in 2016 prices of the year can be estimated at about 26 trillion rubles. That is, already in 2014, no parity between the two programs was possible. A few months after the panel, unnamed sources reported that the amount of HPV-2025 would be 70 percent of the funding of the current LG-2020.

Interestingly, during the development of the HPV-2020, the 13 ceiling trillions of rubles in 2011 prices of the year (17 trillions at current prices) was called a comfortable level, which is almost two times lower than the figures voiced by the Ministry of Defense. Given that 2011 – 2020 is expected to actually spend 10 – 15 trillion rubles on the LG, our estimate of the real financing of the LG-2025 does not look too low. 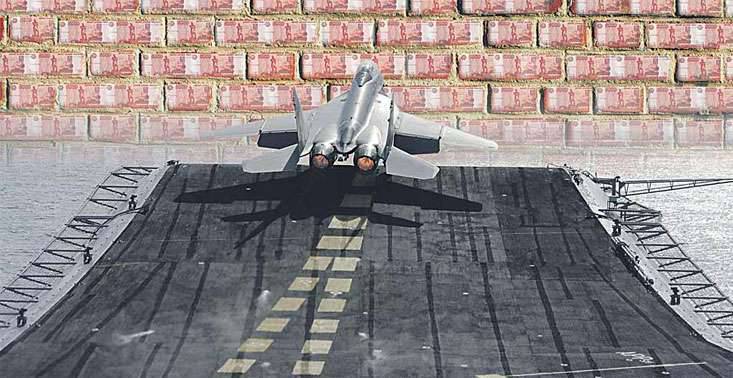 It can be assumed that the main reasons for the development of the new HPV-2025 were an attempt to correct the LG-2020 in the direction of greater pragmatism, taking into account the realities in the form of rejection of some programs (primarily import, the negative attitude towards which Sergei Shoigu showed before the well-known 2014 events of the year ), the delay in the implementation of a number of projects and a sharp slowdown in economic growth in the country. This explains the calls of the military-political leadership to make the LG-2025 more balanced in terms of resource provision.

The initial plans for its approval was scheduled for December 2015, but this did not happen. Probably, from the very beginning, GPV-2025 began to be considered as a kind of life buoy for GPV-2020, long-term and expensive programs from which it was proposed to be transferred to the next five-year period. In a clear order this would have happened in reality, as, for example, with the purchase of military transport aircraft Il-76MD-90A, T-50 fighters, tanks T-14, submarines. In a sense, the GPV-2025 may have been seen as an attempt to correct the distortions of its predecessor, which was obviously over-optimistic.

And if in 2011 – 2015, when expenditures on state defense orders were relatively moderate, although they increased three times in current prices (from 571 billion rubles in 2011 to 1,45 trillion rubles in 2014) ranged from 95 to 98 percent, starting from 2015, when its size rises to 1,7 trillion rubles and must be added at the same rate to 2020, the risk of underfunding increases sharply. And this is not to mention the “budget maneuver” of 2014 – 2015, according to which money for a number of programs of the Ministry of Defense was transferred to the period after 2016 – 2017.

“No to import” costs money

All this led to the fact that at the beginning of 2015, a new deadline for the start of the HPV-2025 implementation was announced - 2018 year. It remained unclear whether the program will operate before 2028, or whether it will de facto become seven years old, but without an intermediate revision in 2020 or 2021. But even this period did not last long, since already in August of 2015, under the pretext of the lack of a realistic forecast of the Ministry of Economic Development and the Ministry of Finance, all substantive work on the HPV-2025 had apparently ceased. As a result, it was decided to continue the implementation of the current HPV-2020 in the framework of the agreed indicators. It is planned to return to HPV-2025 not earlier than stabilization of the economic situation and clarity with the forecast of its development. As can be seen, the task facing the Military-Industrial Commission under the leadership of the country's president and the deputy minister of defense responsible for armaments, Yuri Borisov, is only becoming more complicated every year. 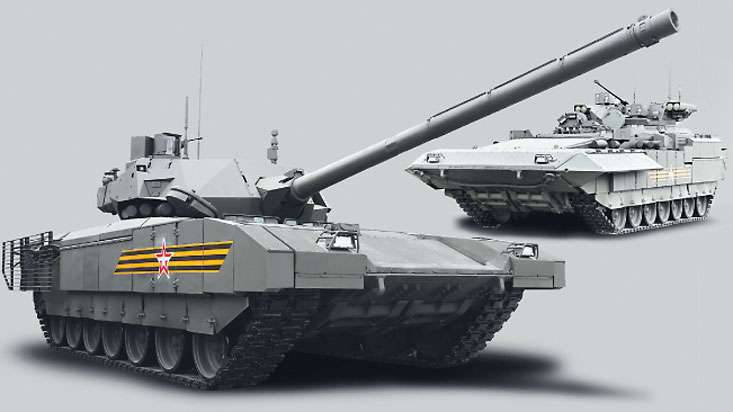 Another specificity of the HPV-2025 has become a roll towards import substitution. Already in September, after the annexation of the Crimea and the beginning of hostilities in eastern Ukraine, Western countries imposed sectoral sanctions against Russia, the ability of the defense industry to independently produce all the components necessary for the Russian army without recourse to imports was called for HPV-2014.

There are very fragmentary evidences regarding the filling of the HPV-2025 and its priorities. President Vladimir Putin, speaking of her in 2013, mentioned that emphasis would be placed on high-precision weapons and military equipment. For example, they were called automated communications and reconnaissance systems, robots, unmanned systems, and not only air, but also underwater and land, navigation and information transfer systems, battlefield visualization systems. It was reported that the new LG consists of 12 individual subroutines. Not less interesting is its peculiarity, which clearly appeared not earlier than 2014 of the year, was the emphasis not so much on quantitative indicators in the procurement of new equipment, but on its quality and the possibility of further modernization.

A specific hint at the contents of the HPV-2025 may be contained in the programmatic article of the candidate for President of Russia Vladimir Putin, published in February of the 2012 year. It emphasizes the need for military capabilities in space, in the field of information confrontation, primarily in cyberspace. And in the longer term - the creation weapons on new physical principles (radiation, geophysical, wave, gene, psychophysical, etc.). Most likely, in part at least R & D, these theses will be reflected in the new program.

With regard to procurement in the period until 2020–2022, emphasis was placed on nuclear forces, aerospace defense, reconnaissance and control systems, communications and electronic warfare, UAVs and robotic strike systems, and transport Aviation, individual protection of a fighter, high-precision weapons and means of dealing with him.

Apparently, in comparison with the HPV-2020, the proportion of repaired and modernized weapons should increase, although the possibilities for this are limited by the physical and moral wear and tear of Soviet-made equipment, which will become more significant in the coming years. This assumption is indirectly confirmed by the statement by President Vladimir Putin made at the end of 2013 of the year, according to which the defense industry should be prepared for conversion after 2020, as the volume of orders from law enforcement agencies will decrease.

Given the ambiguity with the timing of the approval of the new State Armaments Program, it is difficult to assess the specific nomenclature of weapons and military equipment purchased. It is obvious that a significant part will be the implementation of those projects that have already been initiated, but for various reasons do not fit into the originally stipulated time frame. Separate statements of the responsible persons allow us to give the following brief overview of the systems that are almost with 100% probability will be developed and purchased by GWV-2025.

For the Strategic Missile Forces, serial production of the Sarmat ICBM will begin. The first samples should go on combat duty in 2018 – 2020. Proposed purchase of at least 46 missiles. Promising orders include the Barguzin combat railway missile system. Deliveries will begin at the end of the decade.

During 10 years, the Airborne Forces will receive more than 1500 airborne combat vehicles BMD-4М, more than 2500 BTR-MDM “Shell” armored personnel carriers. It is known that serial production of the Kurganets-2018 BMP will begin with 25. In the LG-2025, apparently, gets and the new floating conveyor for the Marine Corps. It is also obvious that the massive purchases of new generation armored vehicles (tank T-14, heavy BMP T-15, BTR "Boomerang") will be the prerogative of the new weapons program.

For the Navy, it was planned to complete the development of a new destroyer project 23560 "Leader" and, apparently, to begin its construction. Plans were announced for two research vessels of the reinforced ice class based on project 20180 weapons transport. 10 minesweepers of project 12700 will also be purchased. Major projects of the GPV-2025 on naval issues include the modernization of the Admiral heavy aircraft carrier cruiser Fleet Soviet Union Kuznetsov ”and the heavy nuclear missile cruiser“ Peter the Great ”. The construction of a new aircraft carrier for the Russian fleet by the current projects GPV-2025 is not provided.

Ctrl Enter
Noticed oshЫbku Highlight text and press. Ctrl + Enter
We are
The state strengthens control over the funds allocated for the implementation of state defense ordersFive consequences of rearmament
Military Reviewin Yandex News
Military Reviewin Google News
37 comments
Information
Dear reader, to leave comments on the publication, you must sign in.