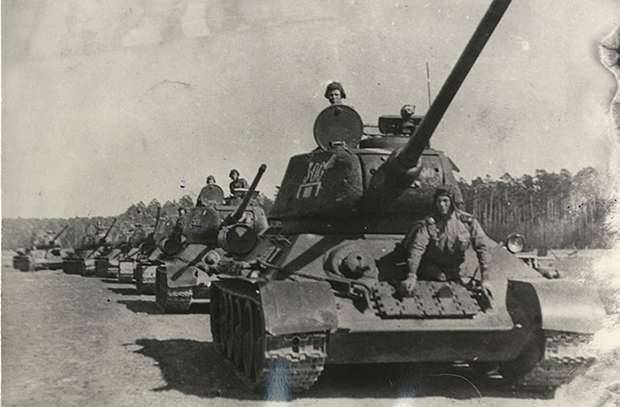 How the Urals created tank corps that terrified the enemy

In the Sverdlovsk region celebrate the Day of the people's feat of the formation of the Ural Volunteer Tank Corps (UDTK) during the Great Patriotic War. "Russian Planet" decided to look through the most heroic pages of his stories.

12 man in place in the ranks

The Ural Volunteer Tank Corps is the only tank connection in the world completely created with funds voluntarily collected by residents of three regions: Sverdlovsk, Chelyabinsk and Molotov (today the Perm Territory). The state has not spent a single penny on the armament and uniform of this corps. And all the combat vehicles were built by the Ural workers overtime, after the end of the main working day.

“The idea to make a gift to the front — to create our own Urals tank corps — was born in 1942, in the last days of the Battle of Stalingrad, when almost every family had already received a“ funeral ”,” historian Sergei Spitsin tells the RP. “The party committees of the three oblasts addressed a letter to Stalin in which they declared:“ We undertake to select the best sons of the Urals, the Communists, Komsomol members and non-Party Bolsheviks, into the corps of selflessly devoted to the Homeland. We commit to equip the corps with the best military equipment, tanks, airplanes, tools, mortars, ammunition and other administrative equipment produced in excess of the production program. " In response, they received a telegram of the leader with an approving resolution, and work began.

Everybody responded to the cry thrown by tank builders of Uralmash, who deducted part of their salaries for the construction of tanks. Schoolchildren collected scrap metal to send it to the furnace for remelting. And the Ural women, who themselves did not have enough money to feed the family, gave up their last savings. As a result, residents of the Sverdlovsk region alone managed to collect 58 million rubles. Not only tanks were built on public money, but also bought from the state weapon, uniform - everything, down to the last button on a military uniform.

In January, 1943 was recruited volunteers at the UDTC. By March, more than 110 thousand applications had been filed - 12 times more than required. I had to make a hard selection. Only 9660 people could go to the front. In total, 536 of them had the experience of fighting, the rest took up arms for the first time.

1 May 1943, the soldiers of the corps took the oath, vowed to return home only with Victory and soon received an order to go to the front.

The UDTC became part of the 4 Tank Army and on July 27 received a baptism of fire at Kursk, just north of the city of Orel. After the very first battles for the incredible stamina and unparalleled courage UDTK was awarded the honorary title of the guard corps. And the fascists appreciated the heroism of the Urals in their own way - they called the corps "Schwarzmesser Panzer-Division", which translates as "Black Knives Tank Division".

“For each volunteer who left to fight the enemy, Zlatoust gunsmiths forged a knife on HP-40 as a gift - this abbreviation stands for Army Knife 1940 of the Year,” military historian Leonid Marchevsky tells the RP. - The Zlatoust knives were different in appearance from the standard ones: their handles were made of black ebonite, the metal on the sheaths was blued. Such knives were previously included in the equipment of paratroopers and scouts, in some units they were awarded only for special merits - for example, after a scout takes several "languages". And in UDTC they were worn by everyone, from soldier to general. And these black knives have become legendary. 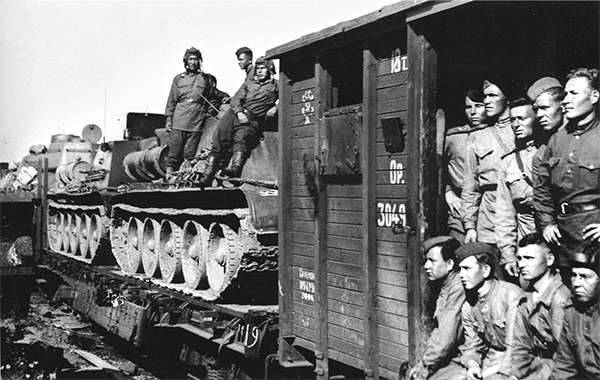 Echelon Urals Volunteer Tank Corps, heading to the front. Photo: waralbum.ru
The nickname given to them by the fascists, the Ural tankists took with pride. In 1943, Ivan Ovchinin, who later died in the battles for the liberation of Hungary, wrote a song that became the unofficial hymn of the Black Knife Division. There were such lines in it:

Fascists whisper in fear to each other,
Huddling in the dark dugouts:
Tankmen appeared from the Urals -
Division of black knives.

Selfless fighters squads,
You can't kill their courage.
Oh, do not like fascist bastards
Our Ural steel black knife!

“The UDTC really inspired a real horror to the fascists, because it swept away not only the usual units, but the elite tank units of the enemy that stood in its way,” says Sergey Spitsin. - The skill of the Ural tankers is quite understandable: after all, many of them had built tanks before, and did not fight them. And therefore, they were well versed in their structure, weapons and driving performance, they knew the strengths and weaknesses of the equipment assembled by their own hands. If we take this into account, it becomes clear how some UDTC tank crews managed to incite 20 – 30 tanks during the war years.

During the war years, UDTK has traveled a length of 5 thousand km, ending it in Prague in May 1945. When on the night of 6 in May 1945, it became known that the inhabitants of the capital of the Czech Republic occupied by the Nazis revolted, the corps, together with other parts of the 1 of the Ukrainian front, was ordered to save them and clear Prague from the fascists. The crew of the T-34 63 tank of the Chelyabinsk Tank Brigade under the command of the Guard, Lieutenant Ivan Goncharenko, was the first to burst into the city.

“In the battle for the strategically important Manesov bridge, Goncharenko’s tank was hit, he himself died,” says Sergey Spitsin. “The events of that morning are best described in his posthumous award list:“ Acting on the head patrol, delivering crushing blows to the enemy, Comrade Goncharenko was the first to break into the city of Prague. Rapidly pursuing the enemy, Goncharenko seized a bridge across the Vltava River in the center of the city and engaged in an unequal battle with 13 self-propelled German guns. Holding the crossing, he destroyed two self-propelled guns with the fire of his tank. The tank got hit by a shell and caught fire. Comrade Goncharenko was seriously injured. Being seriously wounded, the brave officer, bleeding profusely, continued to fight. Secondary hit in the tank, Comrade Goncharenko was killed. At this time, the main forces approached and began a swift pursuit of the enemy. For his steadfastness, courage and bravery in battle, he was awarded the government award of the Order of the Patriotic War "I Class".

Ivan Goncharenko was buried on the outskirts of Prague, and a memorial sign was erected at the site of his death. One of the streets of the capital of the Czech Republic is named after him. And in honor of his tank, the first to burst into the city, a monument to the EC-2M was erected. However, after the velvet revolution at the end of the 80 of the last century, it was dismantled from the pedestal. Monuments to the Urals tankers were also installed in Berlin, Lviv and the Polish Steinau, in the battles for which they participated.

9 May 1945 Prague was taken by Soviet troops. So the last city of Europe was liberated from the fascists. And the commander of the tank brigade, Mikhail Fomichev, had the honor of accepting the symbolic keys to the city.

In total, the Urals tankers destroyed and captured 1220 tanks and self-propelled guns of the enemy, 1100 guns of various calibers, 2100 armored vehicles and armored personnel carriers, destroyed 94 620 soldiers and officers of the Great Patriotic War. Corps soldiers were awarded 42 368 orders and medals.

In peacetime, the 10-I Ural-Lviv Guards, the Order of the October Revolution, the Red Banner, the Orders of Suvorov and Kutuzov, the Volunteer Tank Division named after Marshal of the Soviet Union Malinovsky became the heir of his military glory.

Ctrl Enter
Noticed oshЫbku Highlight text and press. Ctrl + Enter
We are
How the Urals created a tank corps that beat the Nazis from Kursk to PragueMyths of the Great Patriotic. Papier mache helmet
Military Reviewin Yandex News
Military Reviewin Google News
11 comments
Information
Dear reader, to leave comments on the publication, you must sign in.