March 5 2016
30
The frigate Admiral Essen (project 11356) will conduct the 2nd stage of state tests in the Barents Sea at the training grounds of the North fleet, Said MIC with reference to the representative of the Yantar SPSP, Sergei Mikhailov. 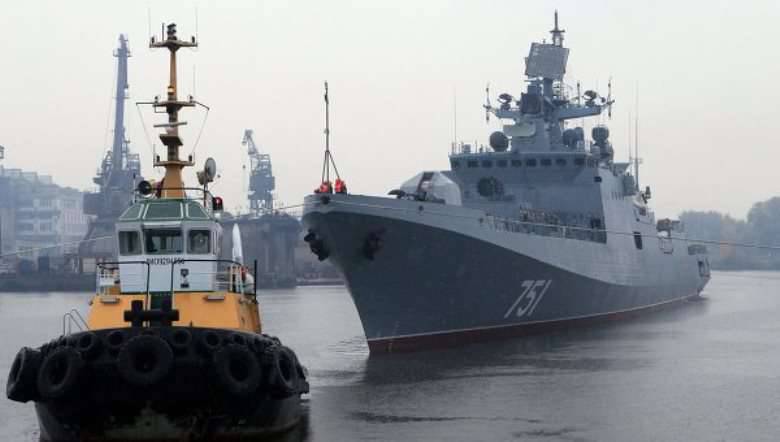 “The transfer team and the crew of the frigate Admiral Essen are preparing for the second stage of state tests - shooting in the Barents Sea,” Mikhailov said.

“It is planned that the ship will go from the Baltic to the North on March 21. In mid-April, the Admiral Essen should return to the factory harbor to conduct an audit and sign the transfer act, ”he said.

The interlocutor noted that “in the state testing program, which the frigate launched on January 30, 2016, all ship systems were checked at the ranges of the Baltic Fleet in the Baltic Sea, artillery firing was conducted, interaction with the sea was worked out aviation».

The responsible deliverer of the order to the military department, Viktor Bashashin, noted that "representatives of the state commission highly appreciate all the characteristics of the ship."

Ctrl Enter
Noticed oshЫbku Highlight text and press. Ctrl + Enter
We are
"Admiral Essen" will go to the Northern Fleet for the second stage of testingAt PSZ "Yantar in October, the fourth frigate for the Black Sea Fleet will be laid
Military Reviewin Yandex News
Military Reviewin Google News
30 comments
Information
Dear reader, to leave comments on the publication, you must sign in.