March 3 2016
15
The press service of the Central Military District reports that the commander of the Central Military District, Colonel-General Vladimir Zarudnitsky, held events of command-and-staff mobilization training with the heads of 29 regions. During the event, special attention was paid to how effectively the leaders of the subjects of the federation are able to mobilize human and transport resources. 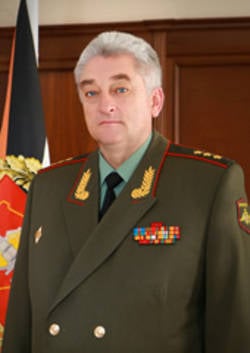 The material of the press service states that the commander of the Central Military District heard the heads of the 29 regions in order to implement the mobilization plans, as well as the previously developed mobilization documents and calculations.
In addition, during the events held under the command of Colonel-General Zarudnitsky, issues of increasing the efficiency of organizing the command and interaction of the district headquarters with civil administrations of the regions were discussed. The authorities did not provide any information on which regions of the federation that make up the Central Military District, the authorities worked in the best possible way.

Ctrl Enter
Noticed oshЫbku Highlight text and press. Ctrl + Enter
We are
The action “Military service under the contract is your choice!” In Rostov-on-Don: future contract servicemen, exhibitions and “Russian Knights”
15 comments
Information
Dear reader, to leave comments on the publication, you must to register.