In Syria, the leader of a group closely associated with the Al-Nusra Front has been eliminated

March 3 2016
24
Lebanese TV channel Al-Mayadin announces the destruction of the commanders of the Front of Syria Revolutionaries, which is closely linked to Dzhebhat al-Nusra. The mined car was blown up in the area of ​​Quneitra at the very moment when the "meeting" of the group leaders was held there. Events unfolded in the town of Al-Ashaa. 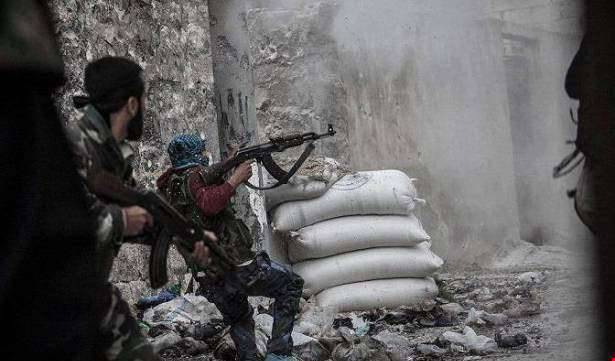 As a result of the explosion of a car filled with explosives, at least 20 militants were destroyed, among them the leader of the so-called “Front of Syrian Revolutionaries” Abu Hamza al-Naimi.

So far, no group has claimed responsibility for the bombing.

For reference: the “Front of the Revolutionaries of Syria” grouping (“Dzhebhat Sivar Surya”) controls a part of the Syrian territory adjacent to the Syrian-Lebanese border. Supply weapons, ammunition was carried out through the mediation of "partners" from "Dzhebhat al-Nusra", recognized by the terrorist group of the UN Security Council.

Recall that since February 27 in Syria, there is a ceasefire regime that does not apply to groups recognized as terrorist at the international level. The Jabhat Sivar Surya grouping continued fighting against Syrian government forces.

Ctrl Enter
Noticed oshЫbku Highlight text and press. Ctrl + Enter
We are
Parts of the SSA do not want to negotiate with Damascus without the participation of Jebhat al-NusraIn the Aleppo area, one of the leaders of the Jebhat al-Nusra, who was responsible for supplying the militants, was liquidated
24 comments
Information
Dear reader, to leave comments on the publication, you must to register.