Russia's initiative on the work of "international" rating agencies. Who will show someone red? ..

March 3 2016
168
In 2017, the legislative section regarding rating agencies will come into force in Russia. Moreover, the entry into force of this section among professional economists, as it happened, causes diametrically opposite assessments. At the moment, everyone agrees on one thing: for the existing economic model, this solution will not be trivial. So what is the legislative decision, whose plans are still being hatched?


The fact is that Russia at the state level is going to introduce a rule for international agencies that assign ratings according to the so-called national rating scale. This rule says that international rating services are not entitled to revoke credit ratings based on decisions of third countries. In particular, we are talking about the fact that a certain international rating agency will not be able to change the rating assigned to the national economy if, in relation to this economy or its individual components (companies, banks), someone has decided to impose sanctions or other restrictive measures. In fact, the decision being prepared by the Russian authorities looks like an appeal to international rating agencies: either you do your job openly, or - come on, bye! 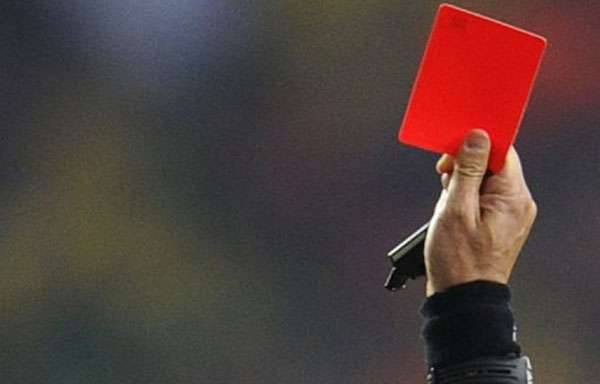 In addition, it is also a transparent hint that it is time for the so-called international rating agencies to attend to the implementation of the legislation of those countries whose national economic ratings they are: enter the credit rating of Russia - comply with the legislation!

It would seem that everything is extremely simple, however, such an initiative by the Russian representatives of rating services, who call themselves international, clearly puzzled. Economists who are not related to these agencies, took, as noted at the beginning, in fact, diametrically opposed positions. Some say that such a step of Russia (if it will be made in 2017) will bury the Russian economy, since it will actually follow the path of separation from the global economy. Others are confident that this step of Russia will bury the rating agencies themselves, in which the word “international” in the title does not really reflect their affiliation with certain states.

If we talk about the actual rating structures, then the first alarm sounded in Fitch. The head of the analytical service of this agency Ian Linnell gave an interview to the agency Bloomberg, talking about what decision he and his colleagues decided to take. According to Linnell, he understands that Russia is trying to protect its financial system from any external negative factors, but Fitch, by definition, cannot follow the path of compliance with Russian legislation. Great, isn't it ... And what kind of legislation for Fitch comes first?

Interfax leads a translation of a fragment of a statement by Ian Linnell
The authorities are trying to surround the Russian financial system with a security ring. This can be understood, but we, as a global company that must comply with US laws, are put in a situation where, if sanctions are imposed on Russian customers, we violate either Russian or international law.

This is an outstanding statement in every sense, to which, undoubtedly, one can devote a report on the subject of modern economic norms. Yes, what report ... Linnell made only two proposals, but there would be enough of them for an entire PhD thesis.

Let's return to the statement of the chief analyst Fitch. The man says that his agency cannot break apart, choosing between Russian and international laws, and, of course, will choose international laws ... At the same time, Linnell says openly that a “global” company in which he works, “must comply with the laws USA". Well, yes, the company is an American company with the main headquarters in New York (USA), and therefore it is American laws for Fitch that are the basis of all activities. In other words, if the US authorities decided to impose sanctions on anyone (yes, even Russia), then, let this country have billions of dollars in reserves, no delinquency in paying loans, and indeed no minimum government debt, the agency will begin to drown the credit rating . What Fitch (and not only) does today.

And what kind of international law does Mr. Linnell speak about, if the US Constitution itself doesn’t put these laws at all ... This country has one law - AMERICAN. All the rest is the "filkina diploma", with which the USA has been wiping all the past decades, without particularly concealing its actions.

So ... Understanding that the Russian legislation is simply trying to make Fitch work responding not to a political, but to a real economic situation, the management of this company decided to take the only possible solution for the puppet structure - leaving Russia.

According to Linnell, if Russia really tries to oblige international rating agencies not to change the previously designated credit rating on the basis of politicized decisions of third countries, Fitch will leave and (oh, horror!) Leave Russia without a national credit rating.

But the main question is: is it (the ratings concocted by the American puppet companies that do not reflect the real economic situation) do we need? .. What can we talk about if the same Fitch gives the States and Japan a credit rating close to the maximum, despite the fact that these countries are breaking all records in terms of public debt. The government debt service is governed by the same States, not by real economic levers, but by a printing press heated to the limit and the spread of chaos in entire regions of the world. What can we say if Ukraine’s credit rating was not automatically transferred to the status of “default” after the overdue payment of debt (to Russia)? .. And one more thing: according to Fitch, Estonia’s credit rating, which is tight on EU loans, is equal to the credit rating China and India's higher credit rating! ..

If a rating assignment system is based on these calculations, then what is the point of working together with these, to put it mildly, liars (another word does not miss censorship) of an 80 level? ..

By the way, on what are those experts based who believe that the legislative step of Russia will bury frankly one-sided “international” agencies? And they are based on the fact that Russia is creating a precedent calling for these structures to comply not with American legislation, but in fact international. Moreover, Russia together with China itself creates a rating agency, which, presumably, will base its work not on politicized attacks, but on real economic components. Firstly, this is a good alternative to the American monopoly, and secondly, the opportunity for other players in the world market to compare. And if there is an opportunity to compare, then there is an opinion, and Fitch with his ratings written in Congress can point to the door in other countries of the world.

Ctrl Enter
Noticed oshЫbku Highlight text and press. Ctrl + Enter
We are
Continuation of the heartbreaking story about the duel "Russia - rating agencies"Credit rating of Russia against the ratings of the BRICS countries and the republics of the former USSR
168 comments
Information
Dear reader, to leave comments on the publication, you must to register.